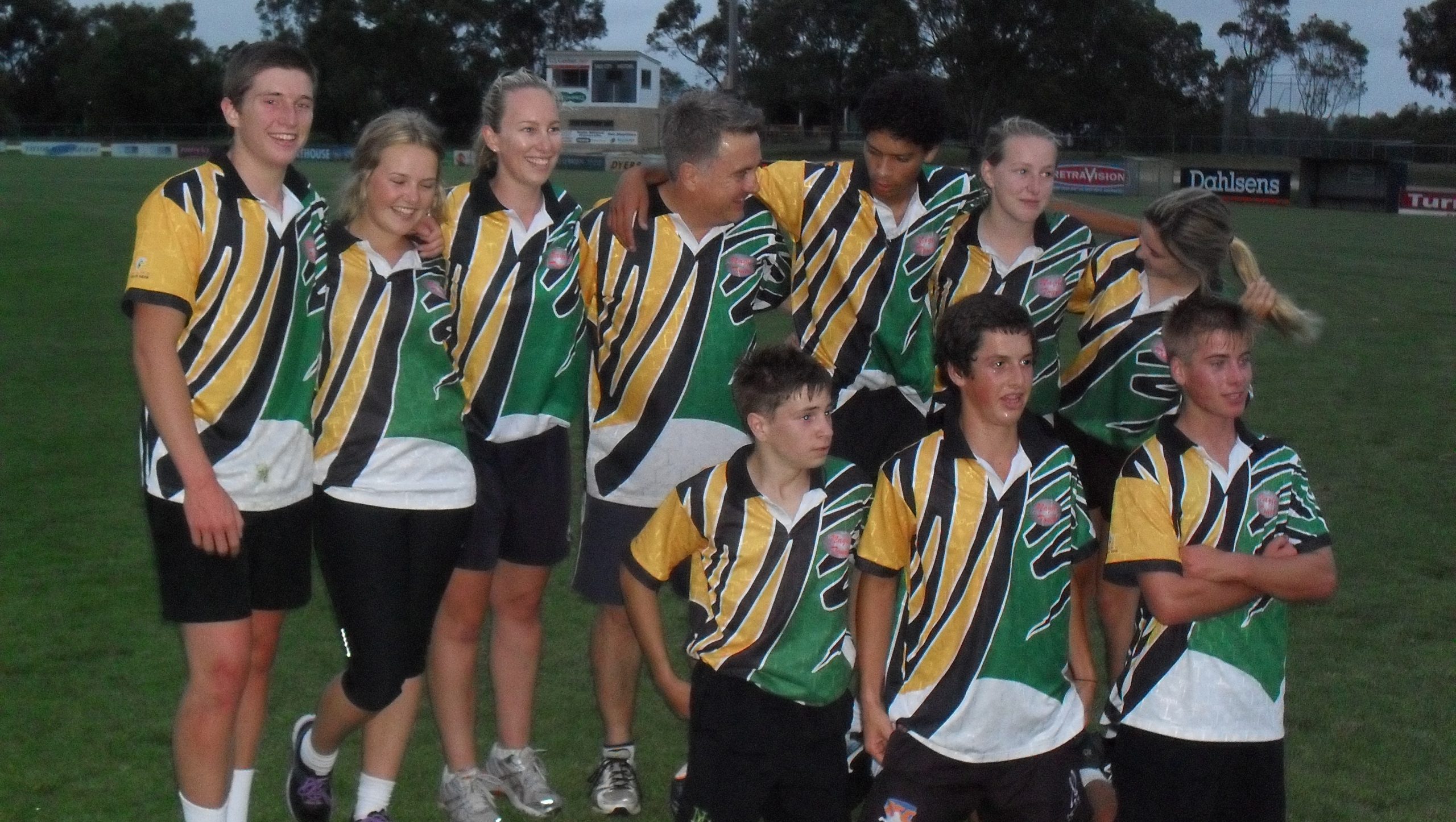 The Barbarians were favoured to take the flag as they led the competition for most of the season, whereas Nagle rose through the ranks to play its most direct touch during the final series.

Nagle players Oscar Crunden-Smith, Kobi Laudani and Angus McGuiness each scored a try in the first half, while Andrew Nicholas scored the Barbarians’ only try for the half.

In the second half both teams scored three tries, Megan Hadden, Connor Mclean and Lucy Rowe for Nagle and Logan Deschepper, Jamie McIntosh and Justin Mitchell for the Barbarians.

PORKY’S Pines defeated Phoenix 7-4 in the B division grand final after leading 3-1 at half-time.

Leigh Mawley scored four tries for Porky’s with one each from Andrea Christie, Gavin Roberts and Brett Towers.

For Phoenix Clinton Glover and David Ropeti each made two tries.

AFTER the finals, season awards were handed out with Chris Gascoigne winning the men’s try scoring competition after scoring 21 tries. Andrea Christie won the female award with nine.

Tony Wright won the male encouragement award, while the female award was shared between Louisa Date and Kristen Millar.

One hundred and fifty players took to the field in this the second season for the year, with 105 during the first season. For both seasons, more than 40 per cent of the players were female.

TOUCH will resume on Wednesday, February 6. The Sale Knock-out will be held on April 6 and 7 when more than 60 teams to play for increased prize money.