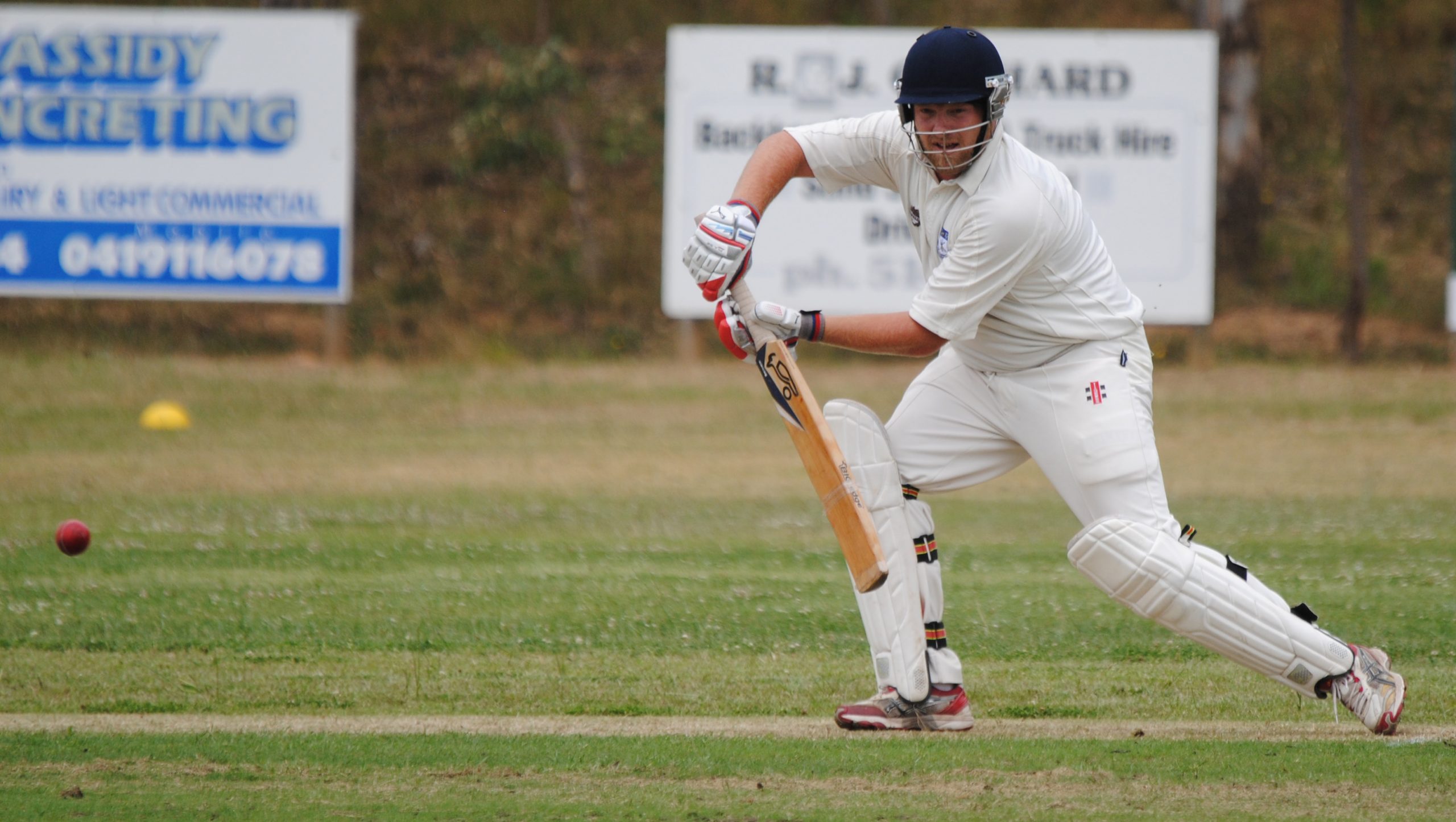 A CENTURY from English import James Alder helped Stratford to a big score against Sale City following the first days play of round seven in Sale-Maffra cricket.

Alder’s 144 helped set up the home side’s 8-304, with captain Jack Tatterson declaring the innings closed to have 14 overs at the Lizards before stumps on day one.

The Lizards won the toss and sent Stratford in, but Travis Millar combined with Alder to get the home side off to a good start with a 110-run partnership for the first wicket.

Travis Patterson got the breakthrough for the Lizards, trapping Millar in front for 43, but Chris Aurisch picked up where Millar left off, combining with Alder to take the score to 214 before he was bowled by Layton Armstrong.

Armstrong led the fight back for the Lizards with his five wicket haul, Stratford losing 7-80 before Tatterson made a declaration to have the Lizards face a testing 14 overs before stumps.

Jack Tatterson got an early breakthrough for Stratford with the key wicket of Jarryd Floyd, who was coming off a century.

Sam Lucas-Laws and Jason Slattery will resume this week for the Lizards with the score 1-27.

The Saints sent Bundalaguah into bat and the move looked like it would pay off early with Matt Turnbull and Andrew Nicholas picking up early wickets to have the visitor on the back foot at 3-17.

Opening batsman Jason Langshaw survived the initial onslaught and led the recovery, along with the middle order of Michael Jones, Donald, Matt Dowsett and Daniel Bedggood who all got starts to help Bundalaguah to a total of 186.

Turnbull was pick of the bowlers for the Saints, returning to take the final three wickets of the innings to finish with 5-44.

With 21 overs remaining in the day, Steve Noble and Michael Cassidy got the Saints off to a good start before spin was introduced to devastating effect.

Donald sent down six maidens, picking up three wickets along the way, beginning with the key wicket of Cassidy who had been scoring freely on his way to 26.

Nightwatchmen Nicoll Sandison and Jon Outhart also departed from the bowling of Donald, with the Saints to resume on 3-38.

Noble is still at the crease for the home side, unbeaten on 11, with Tom Langshaw, Dylan Bolton and Ben May still to come.

COLLEGIANS look to be in a good position to claim its first victory of the season over Maffra, resuming at 1-43 in reply to the Eagles’ 126.

A five-wicket haul to Collegians captain Mark Nicholls helped restrict Maffra, taking the first three wickets of the innings to reduce the Eagles to 3-30 before returning to end some late order resistance.

Josh Davis led the recovery for Maffra with 32, while lower order resistance from Nicholas Wozniak, Nathan Magnuson and Jon Dovey helped the Eagles to 126.

Matt Foster and Sam Morelli got the Collegians’ run chase off to a good start before Ben Durrant found the edge of the latter to get the breakthrough just prior to stumps.

Foster will resume on 18 with Ben Hurley the new batsman at the crease on one.

THE match between Sale and Rosedale-Kilmany remains in the balance, with the Warriors 0-12 chasing the visitor’s 171.

Brad Scott picked up the first three wickets to fall on his way to 6-64 and when Max Merton removed Ian Wrigglesworth for just four, the Warriors had Sale on the back foot at 4-41.

Mikey Hill also fell victim to Brad Scott with the score on 41, but Mitch Evans combined with Anthony Clissold and Simon Jago to take the score to three figures.

Lucas Mowat again made a solid lower order contribution to see Sale to the competitive total of 171.

The Warriors made it through to stumps without loss with Alex Carrie and Leigh Freshwater to resume this week.