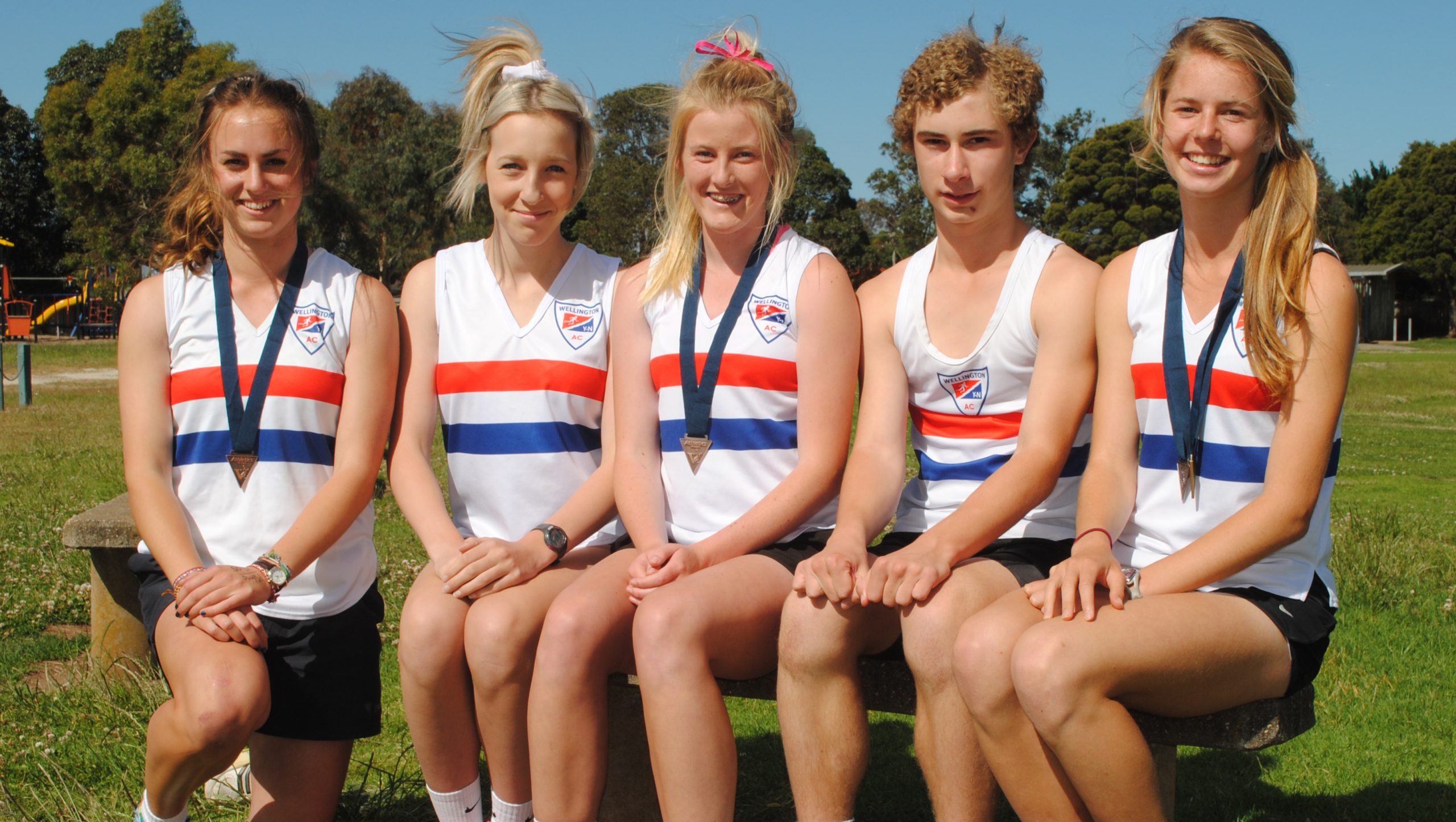 WELLINGTON Athletic Club members did well at recent all schools track and field competitions held at Melbourne, Sydney and Hobart.

Current national junior champion Mia Ross of Gippsland Grammar took out the under 18 800 metres and collected silver in the 400m. She ran a time of 2:09.64 minutes in the 800m.

Mia then went on to the national all school championships in Hobart, running a new personal best of 2:09.13min to claim a bronze medal in the 800m.

Sarah Gardiner, Catholic College Sale, a regular national performer, collected a bronze medal in the under 16 200m hurdles with an impressive time of 31.84 seconds and came fifth in the 90m hurdles with a time of 14.34s.

Lachlan Craft, CCS, has been producing some fine performances over the past 12 months. He ran a national qualifying time of 30.69s in the under 15 200m hurdles to cement a place in the Victorian team for Perth next March, and also placed sixth in the 90m hurdles in a time of 14.40s.

Nikki Kube of Maffra Secondary College is a national finalist over 200m. She came home with a strong performance in this event, recording a time of 26:02s to collect a bronze medal, and also reached the final of the 100m.

Zoe Quinsey-Munro from Orbost Secondary School collected a bronze medal in the under 14 javelin with a strong throw of 28.8m. Zoe also gained national selection for Hobart and Perth.

CCS student Lauren Hepworth came fifth in the under 17 high jump with 1.4m.

Twelve-year-old Grace Walker was very impressive in the under 14 triple jump, finishing seventh with a jump of 9.55m, while Georgia Pearson, who has been showing continued improvement this season, finished sixth in her heat of the 200m.

Wellington athletes who competed in the New South Wales all school championships were the Bain sisters, Stephanie and Hannah, who produced some outstanding performances.

Stephanie came second in the under 17 400m in a time of 58.32s, a new open age Wellington club record. Stephanie this year was a national junior finalist in the 400m.