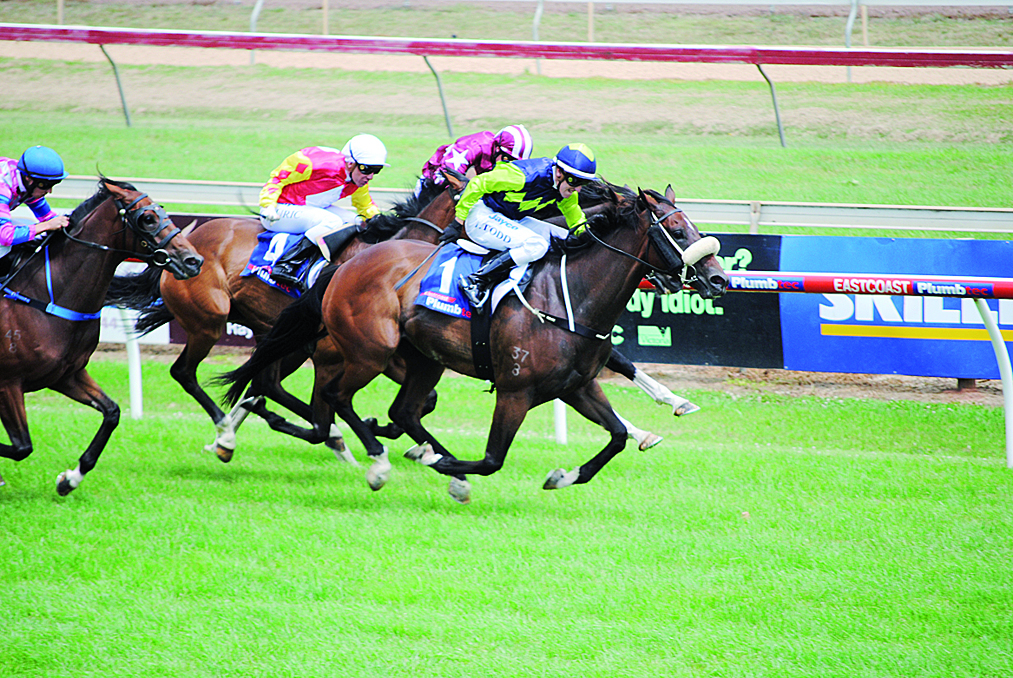 THE Christmas eve race day at Greenwattle was well attended, the spirit of the festive season flowing freely as Santa did the rounds handing out bags of lollies to the young and elderly.

Frogsplash, ridden by Jarrod Todd, who won at Geelong in June won race three, the 0-58 handicap from Power to Surprise, ridden by Wayne Davis, and Singersongwriter ridden by Vlad Duric.

Valpincon, ridden by Vlad Duric and coming off a last start third at Pakenham, kicked away from La Severne, ridden by Lincoln Coffey, and Mrs Begley, ridden by Mallyon, for an impressive win in race five, the first leg of the quaddie.

Cranbourne galloper Aerolink, ridden by Adam McCabe, won race six the 1400 metres BM72 handicap from Our Skeeta, ridden by Andrew Stead and Outback Ranger who is trained at Moe by Peter Gelagotis.

Fresh Light, ridden by Mallyon, came into race seven the 0-68 handicap with recent placings at Geelong and Mornington and went a step further, winning from High Kingczar, ridden by Allen, and Cliff Murray’s Haka Brave who was ridden by Patrick Maloney.

Eleven-year-old Haka Brave is still racing well and has been in the prize money 41 times from 95 starts.

Cranbourne trainer Robbie Griffiths and Atthew Akken combined to win the last event the 0-62 handicap with Bitey Horsey, who was coming off a last start win at Bairnsdale finishing second with Pop a Top, trained at Sale by Heather Stephens and ridden by Jarrod Fry, in third place.

The first meeting at Greenwattle for 2013 will be held on Wednesday.

The excellent prize money on offer should guarantee good fields with three Showcase races and a heat of the Distance Series.

There will be plenty of lawn space for a family picnic and a children’s playground and jumping castle.

Greg Lee will retire following his 25 years as a Gippsland stipendiary steward.