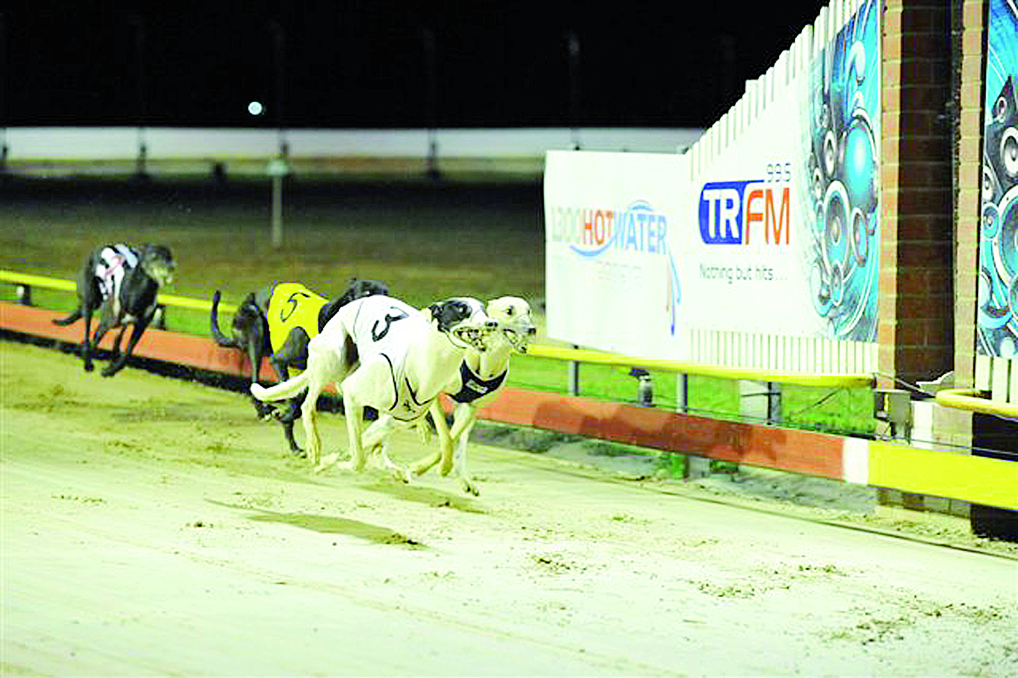 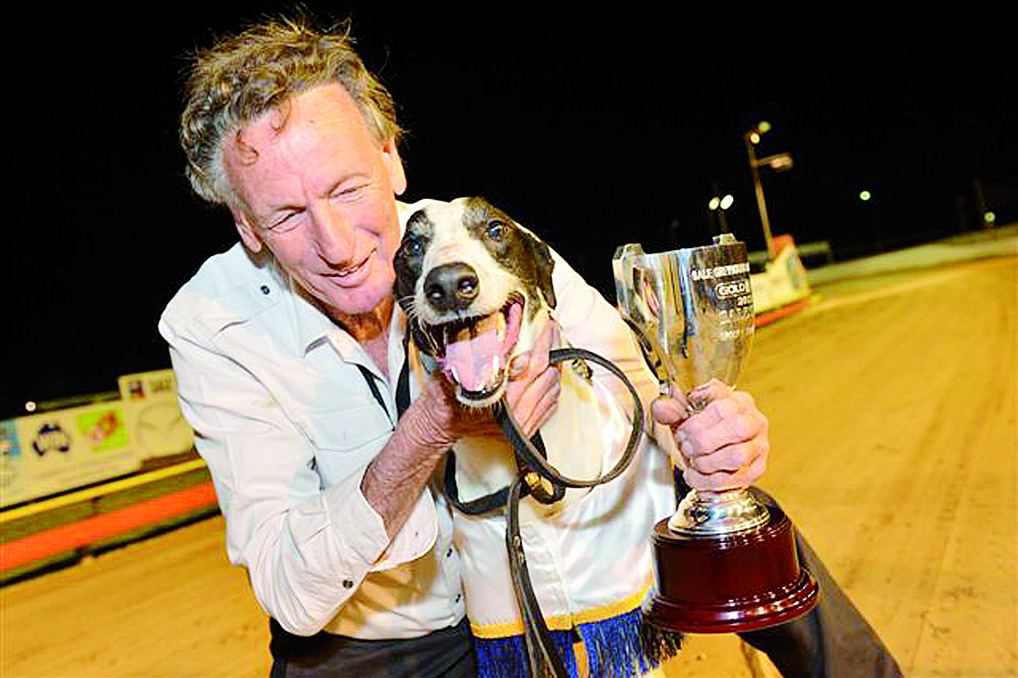 THE history books will record the 2012 Sale Cup Final as the slowest run cup since the race went to 650 metres in 2004.

The huge crowd on course will also tell you that this year’s cup was the most exciting with the winner Destini Fireball producing a run that had to be seen to be believed in order to snatch the $75,000 first prize in the last few strides.

In a race that saw the interference at the first turn put paid to the chances of some favoured runners, it was the Andrea Dailly trained outsider Bagget Bale who dashed away with a seemingly unbeatable eight length lead with 400m to go.

At this stage Czar looked the only danger, if any, with the eventual winner Destini Fireball held up in traffic and looking to be out of contention.

With 250m to go Bagget Bale started to shorten stride, with Czar six lengths astern and a similar distance back to Destini Fireball who had clear galloping room.

And just like in his heat victory the huge 37 kg frame and giant stride of Destini Fireball made light work of cutting down the 12 length margin, hitting the lead close to the line and defeating Czar by a length with the same margin to the tiring Bagget Bale.

For Lethbridge trainer Norm Rinaldi, the Group 1 Sale Cup victory capped a stellar year which includes victories in the Group 2 Harrison – Dawson and Group 3 Launching Pad, both at Sandown Park.

Destini Fireball missed a good part of the year being sidelined with a career threatening hock injury.

During a holiday in the United States, Norm and wife Jannis, purchased two greyhounds, Greys Lemon Ice and Greys Destiny, which when brought to Australia and mated with Australian sires have produced the three Group race winners plus a multitude of other winners.

Destini Fireball will continue on the Group race circuit and will be aimed towards the rich invitational races the Zoom Top and the Rookie Rebel at the Meadows.

The Rinaldi kennel on the night won three races including the sprinters feature the Diageo Gift with the promising speedster Destiny Shaker, who is a litter sister to the Cup winner, again showing the versatility of the breed.

The Sale Mazda Summer Cup also went the other side of Melbourne with the Graeme Bate trained Fully Advanced scoring a decisive victory.

In fact the first nine winners were kennelled west of Melbourne with patrons having to wait until the final race for a “local” victory with the Stephen Toner of Bunyip trained Talks Cheeky scoring an upset victory.