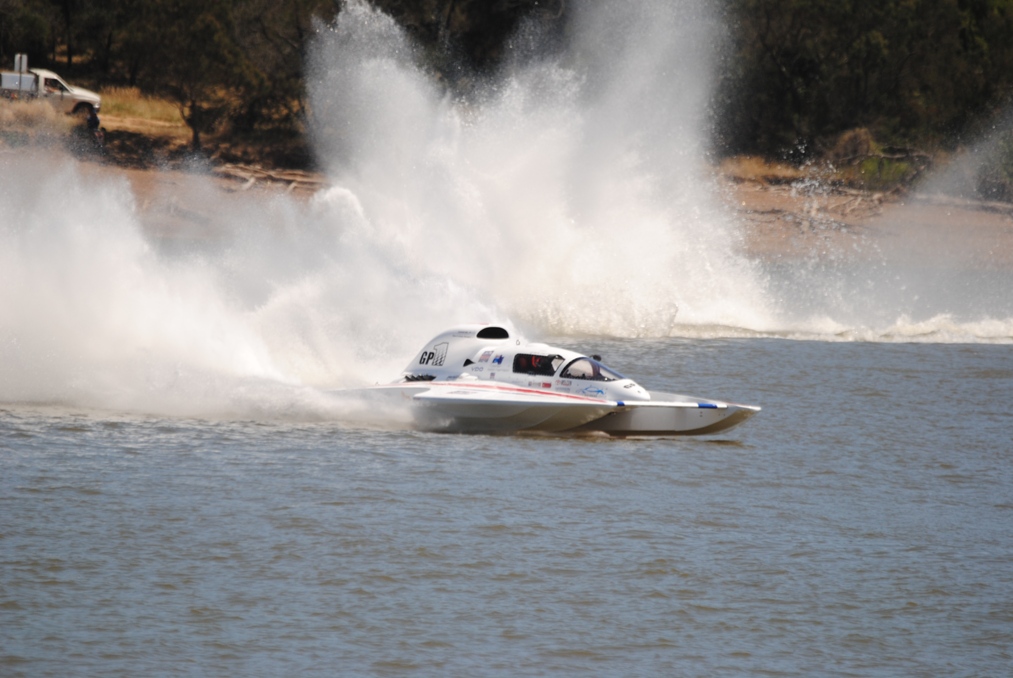 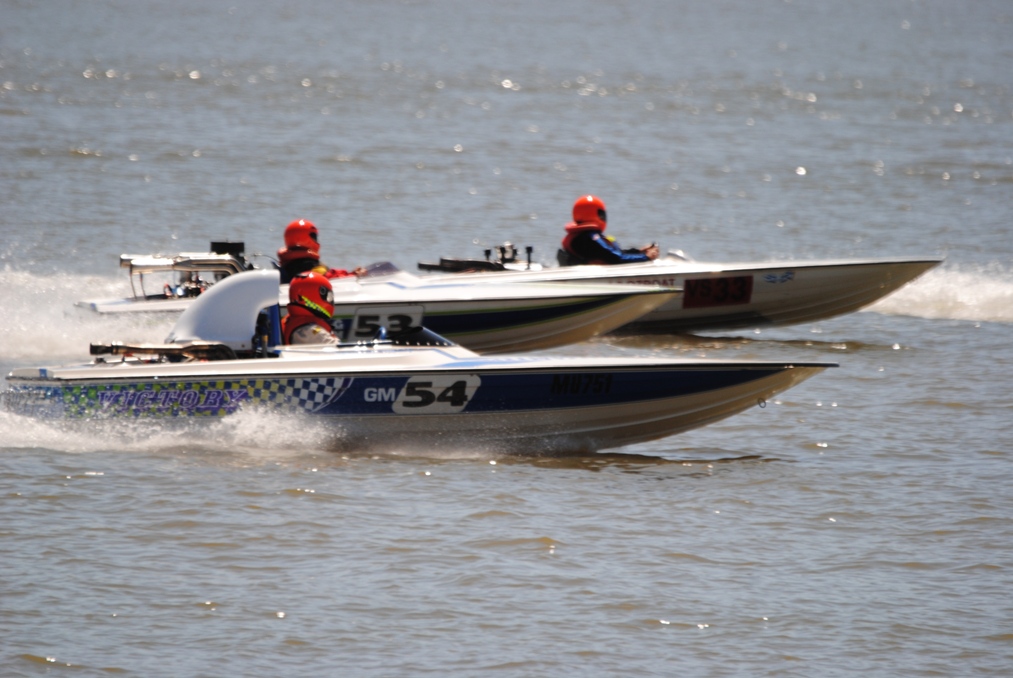 The year 2012 went out with the roar of powerful speed boat engines as some of the best speed boat drivers from Victoria and interstate thrilled the crowd with their driving skills at the Glenmaggie Gold Cup meeting held at the Weir on December 30.

The Grand Prix Hydros, powered by their 510 Box Chev engines hit speeds of 170mph in their run down the straight in front of the cheering crowd.

The December race day at Glenmaggie has developed into a wonderful family day with camping and visiting families from all over Gippsland flocking to Glenmaggie for the Gold Cup meeting.

The conditions were perfect for racing and spectators, who were able to get close to the action.

The feature event, the Glenmaggie Gold Cup, was an outstanding race with Grant Harrison of Melton driving GP1 winning the Cup from Sydney speed boat Loose in the Dark driven by Wayne Smith.

Tom Heffernan of Melton, driving Dracular, finished third and Moore River, driven by Noel Adams of Western Australia finished in fourth place. On the second last lap, Heffernan slipped sideways near the finish tower and with nose in the water, Heffernan used all of his driving experience to get back in the race and finish in third place.

The Daryl Hamilton memorial race is another event that is always popular with the drivers and New South Wales boat Loose in the Dark, driven by Wayne Smith, won another outstanding race from Longford brothers Wayne Smit driving Victory 53, and brother Ben driving Victory 54.