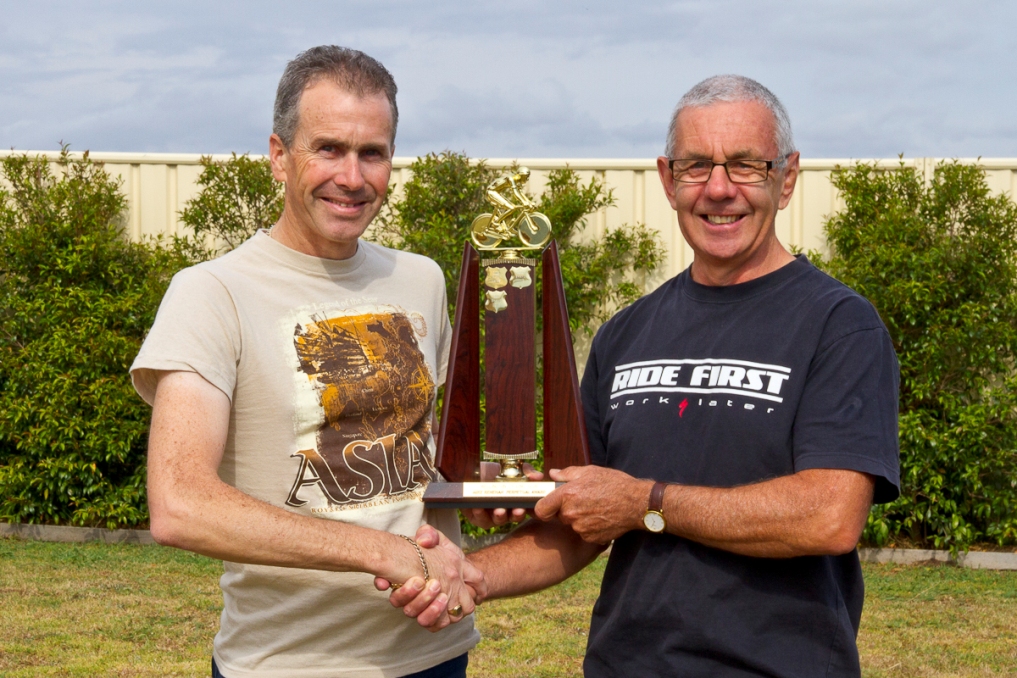 The trophy is awarded annually to the club member with the most points for the year.

Points are allocated at each club race and other selected events, with bonus points available for first, second and third placings.

Craig Keane was one of the early favorites, but Maffra rider Alec Mates finished with 91 points, Keane with 74 and Adam Palmer third with 71.

Starting with the criterium race on Thursday, January 10, Glover will be mixing it with the elite of Australian women’s road cycling.

Saturday will then see Glover lining up for the 106km road race at Buninyong.

Club racing will commence for 2013 with criterium racing at Newry on February 3 at 9am. Criterium racing is an excellent way to begin road racing as you race laps of a given circuit, which rarely contains any climbing.

Several new members have joined the club in recent weeks and with an interesting calendar of racing planned for the year, there will be opportunities to race fast flat courses, or tackle some big hills, something for everyone.

Full details of the Wellington Cycling Club can be found at www.wellingtoncyclingclub.org or club president Kevin Read can be phoned on 0488 411 026.

Results for the final two races of 2012: