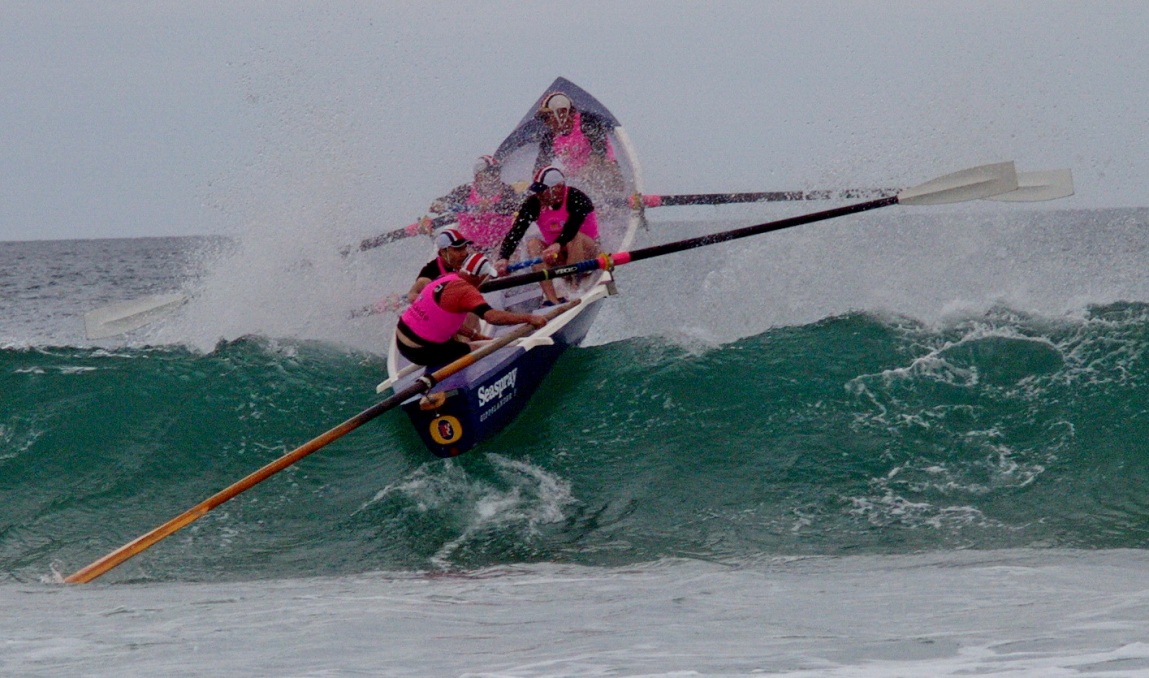 THE third round of the Australian Surf Rowers League will be held at Lorne tomorrow, with local crews competing.

Glen Lazarro swept both the under 23 women’s crew and senior men’s crew to first place, with the men’s crew of Chris Armstrong, Ben Noble, Andrew Duffield and Joe Bergin taking out Reserve grade.

The senior women’s crew finished fourth following a roll over.

Having missed the first round of the ASRL, Seaspray sent five crews to Ocean Grove on December 16, with many competing in their first carnival.

With many crews away at Ocean Thunder, teams raced under the platelet racing format with 16 women’s and 12 men’s crews competing.

The Seaspray Bubs crew, which included Chloe McIntyre, Teisha Warry, Ash Fernando and Maddie Pilgrim, rowed exceptionally well in the 1.5m building swell to make the final and come fourth, which saw them take out the under 19 pennant.

The Seaspray Omari crew of Kylie James, Leah Schuback, Kelly Beanland and Emily Foster made the final and were coming third but had a late take-off and finished fifth.

In the men’s, Seaspray ‘4.9ers’ (Nick Dippolitto, Camm Garrett, Harry Sloan and Tom Warry) made the semi’s and with Dippolitto leading an inexperiecned crew, the 4.9ers were able to beat some good crews.

The Seaspray Seniors crew of Ben Noble, Ben Harper, Andrew Duffield and Joe Bergin took out the men’s division with a trail from the gate cans.

Sophie Jackson, Seaspray’s sole beach competitor, also competed at Ocean Grove with a fourth place finish in the under 19 flags.

Competing at Torquay, Jackson fared better with second place in the under 19 flags and beach sprint, along with a fifth placing in the open flags.

MEANWHILE, past and present members of the Seaspray Surf Lifesaving Club participated in the Anaconda Adventure Race Series at Lorne.

The full distance race consisted of a 1.9km ocean swim and 13km ocean paddle, followed by a 14km trial run and 18km mountain bike ride in hilly territory before finishing with a 1.2km beach run.

Ben Greenwood and Andrew Duffield combined to compete as a team and finished third.