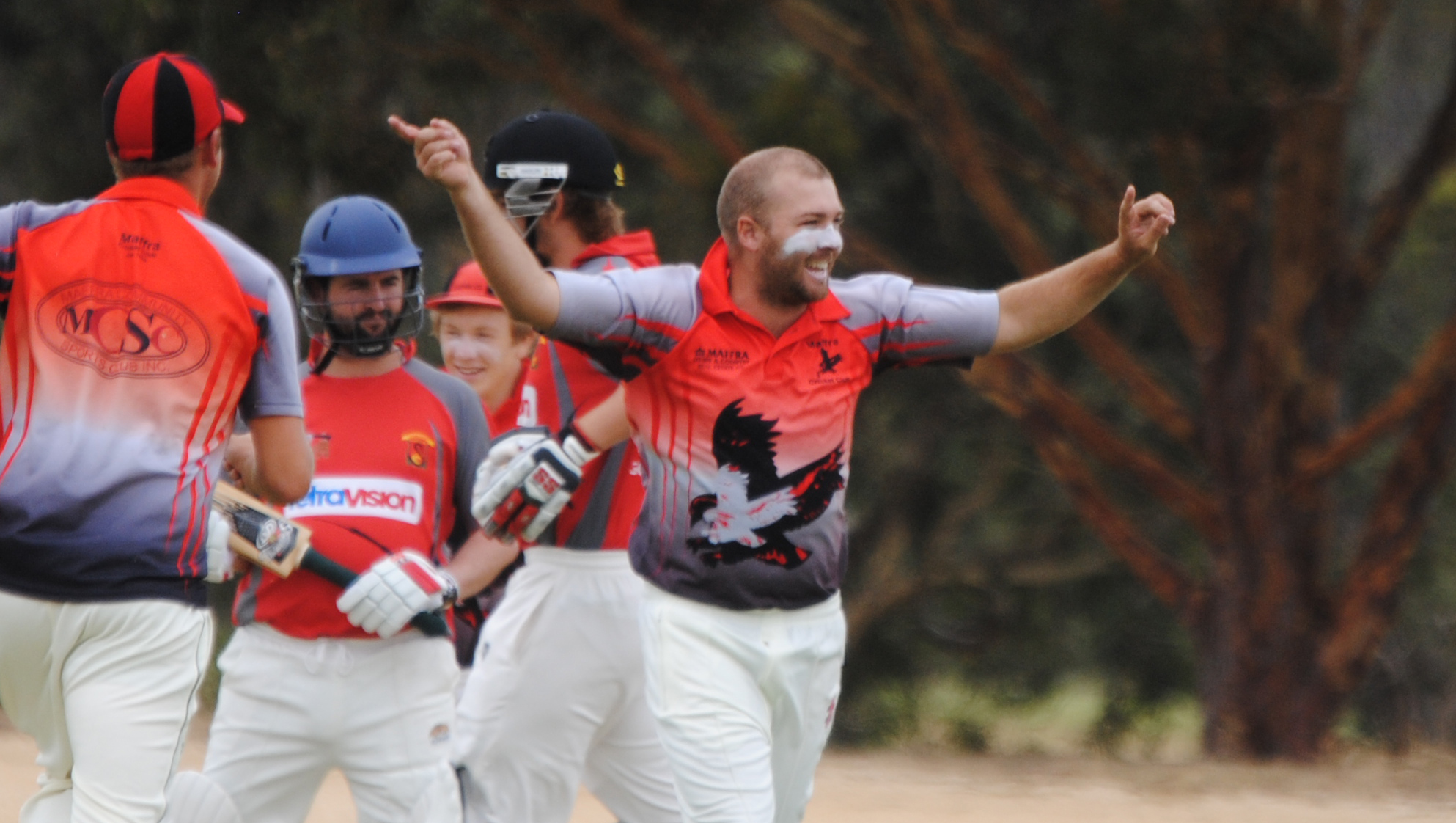 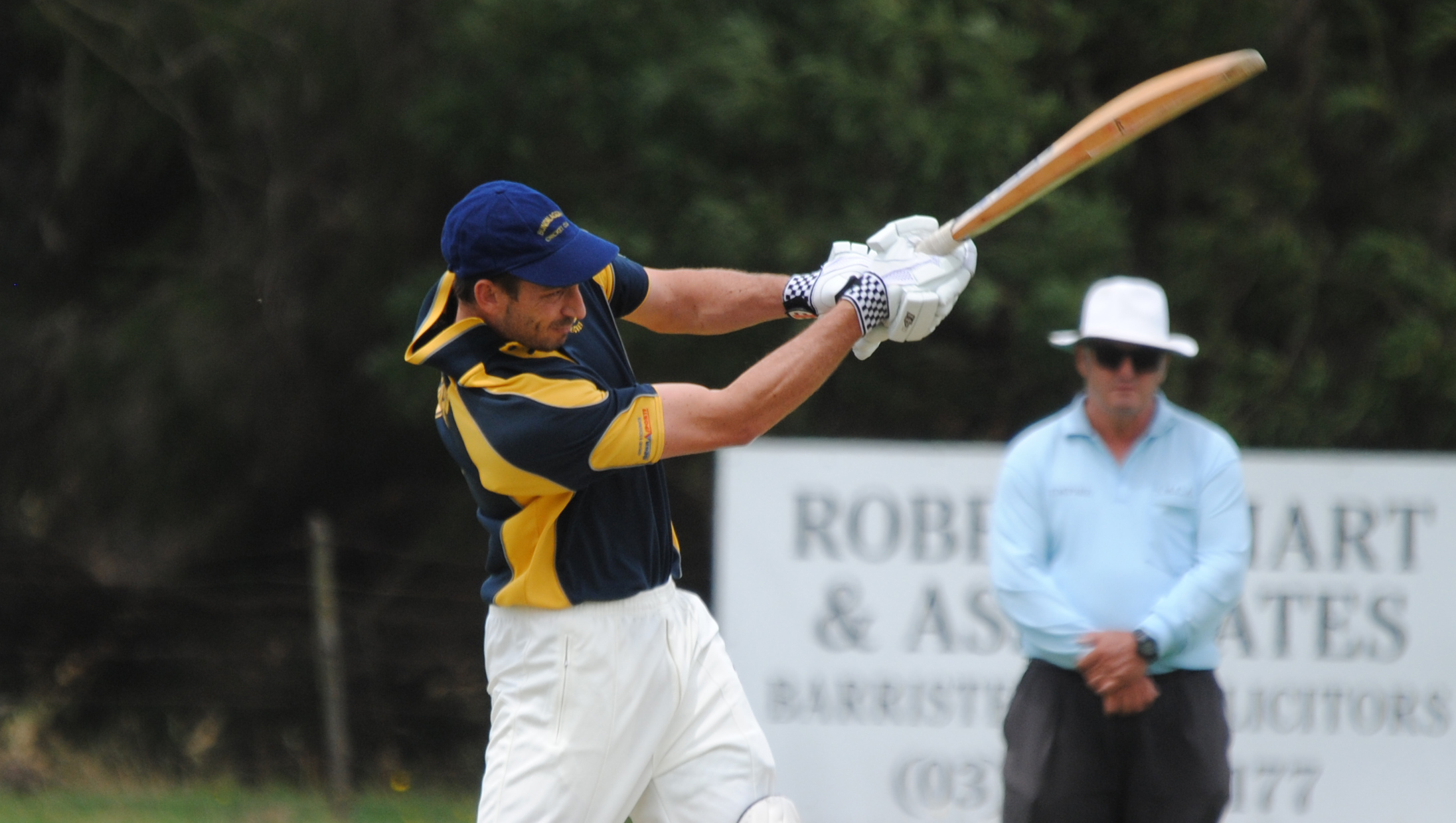 MAFFRA defeated Stratford in a close contest in round nine of Sale-Maffra cricket.

Stratford elected to bat, with James Alder and Travis Millar getting the innings off to a good start before Maffra introduced spin to good effect, with Ben Durrant and Glenn Semmens running through the middle order.

Nathan Magnuson was re-introduced into the attack with immediate success, removing Taylor Tatterson for 10, to reduce Stratford to 7-79.

Josh Davis and Harry Thackray steadied for the visitor, but two quick wickets to Jack Tatterson and a run out kept the home side in the game, but Tim Bourke combined with Durrant and Magnuson to see Maffra home, finishing on 7-138.

Mitch Floyd, who was cleared to Stratford from Sale City during the midseason break, took one wicket.

BUNDALAGUAH scored a comfortable win over Rosedale-Kilmany to remain top of the table.

Despite losing the toss, the Warriors’ pace attack of Max Merton and Brad and Anthony Scott was able to make regular breakthroughs to keep Bundalaguah in check at 5-64, however captain Matt Dowsett was able to guide his side to a competitive total, scoring 69, to see the home side post 179. Rohan Diamond finished the innings off for the Warriors with the final two wickets of the innings.

Aaron Lynch and Nick French removed both Rosedale-Kilmany opening batsmen with the score on one and Tom Anderson continued the damage with four wickets to see the Warriors slip to 6-41.

Brad Scott combined with Hayden Glover in a partnership of 80, but with Mark Donald conceding just eight runs from his eight overs, the Warriors finished 37 runs short at 7-143 after the allotted 40 overs.

BOISDALE-BRIAGOLONG moved to third place on the ladder with victory over Collegians.

Collegians lost Matt Foster early, caught off the bowling of Andrew Nicholas, before Sam Morelli combined with Stuart Anderson for a partnership of 52.

Dylan Bolton and Liam Hurst then inflicted some damage for the Saints as Collegians lost five wickets for just six runs.

Ben Hurley, Mark Nicholls, Brenton Rees and Daniel Fleming all reached double figures but were undone by Steve Noble, who took the final five wickets of the innings to help restrict Collegians to 130.

Mick Roberts and Noble got the Saints’ run chase off to a good start, while Bolton also made a solid contribution to see the home side well poised to claim the points.

Half-centuries to Michael Cassidy and Matt Turnbull saw the Saints comfortably home, finishing on 5-194 at stumps.

Matt Foster finished pick of the keeper-bowlers with two wickets, while frontline bowlers Anderson, Brenton Rees and Jack Goodwin all took a wicket each.

SALE moved into the top four with a big win over Sale City.

Jarryd Floyd dominated the scoring early, scoring 46 of his side’s 65 before picking out Mitch Evans off the bowling of Ben Howes.

Trevor Williams combined with Justin Mitchell in an unbroken ninth wicket partnership of 32 to help the Lizards post 8-133.

Lucas Mowat finished pick of the bowlers with 3-29, while Ian Wrigglesworth chipped in with 2-18.

Armstrong and Bennett picked up two early wickets for the Lizards, but the joy would not last with Ben Jones combining with Wrigglesworth to see Sale home.