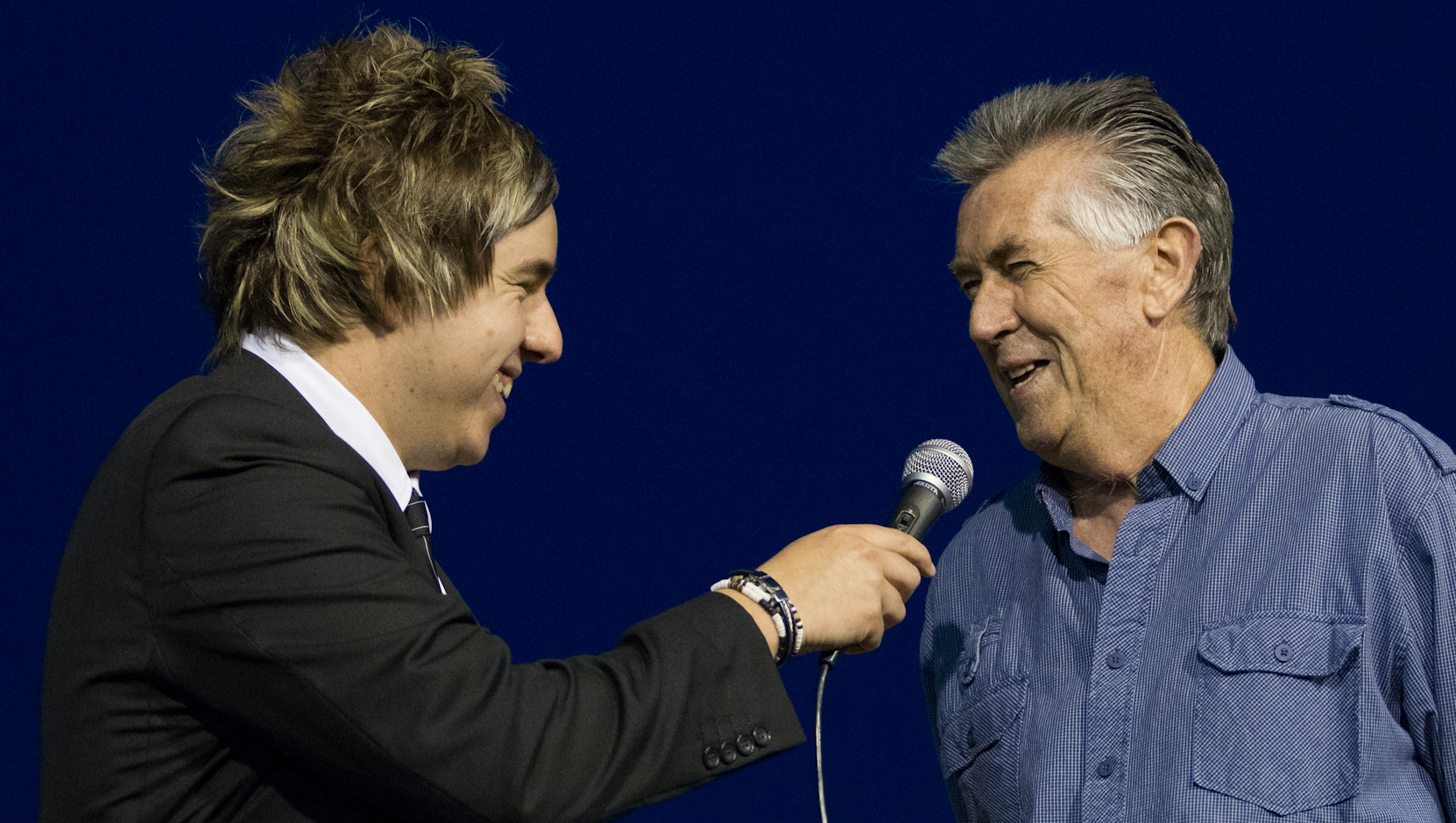 THE contribution veteran Gippsland race caller and media personality Peter Eustace has made to racing in Gippsland has been acknowledged with a special presentation being made by the Sale and District Greyhound Racing Club on Sale Cup night.

Eustace has served all three racing codes across all of Gippsland through his race calling, newspaper columns and radio programs.

In particular the Sale and District Greyhound Club has been the recipient of 41 years of loyal service which was not just restricted to the calling of the races.

Eustace commenced his Gippsland calling career at the old Sale Showgrounds in 1971 having been engaged by radio station 3TR as its resident broadcaster and in later years combined his calling with stints as honorary secretary, grader and as a committeeman for the greyhound club.

Eustace listed the highlights of his career being the opportunity to call champions Temlee and Half Your Luck at Sale, the unbeaten sequence of wins for Floodfawn at Traralgon and the famous gallops triple dead heat at Stony Creek.

Completing his passion for the sport Eustace has also successfully trained, owned and bred greyhounds, the best of which were a couple of old favourites in Valpierre and Swinging Blue.

Until his recent move to Rosedale, Eustace could be regularly seen exercising retired greyhounds around the Sale area.

Eustace shows no signs relinquishing his role as the “voice of Gippsland greyhound racing”, still covering about six meetings every week.