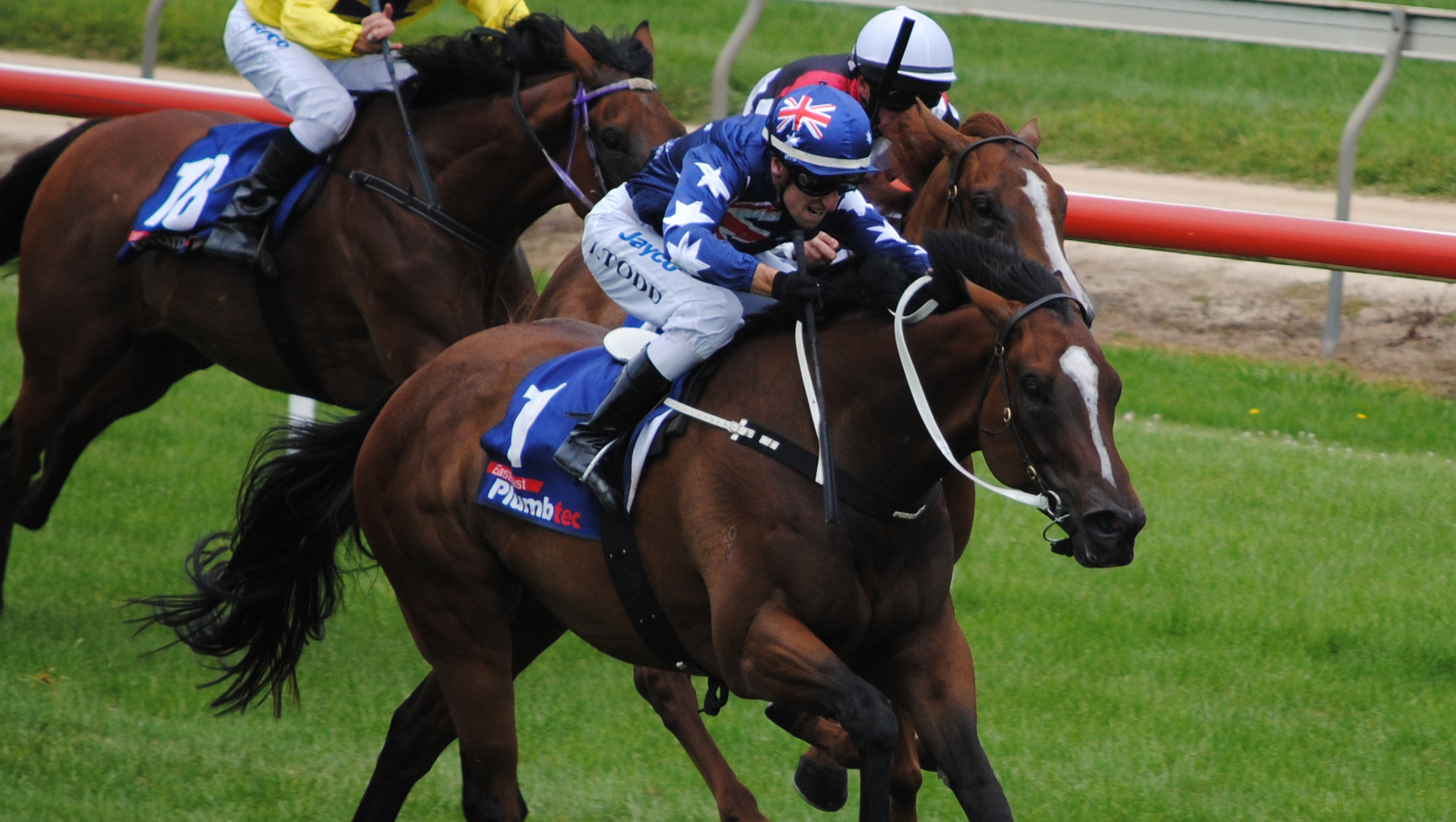 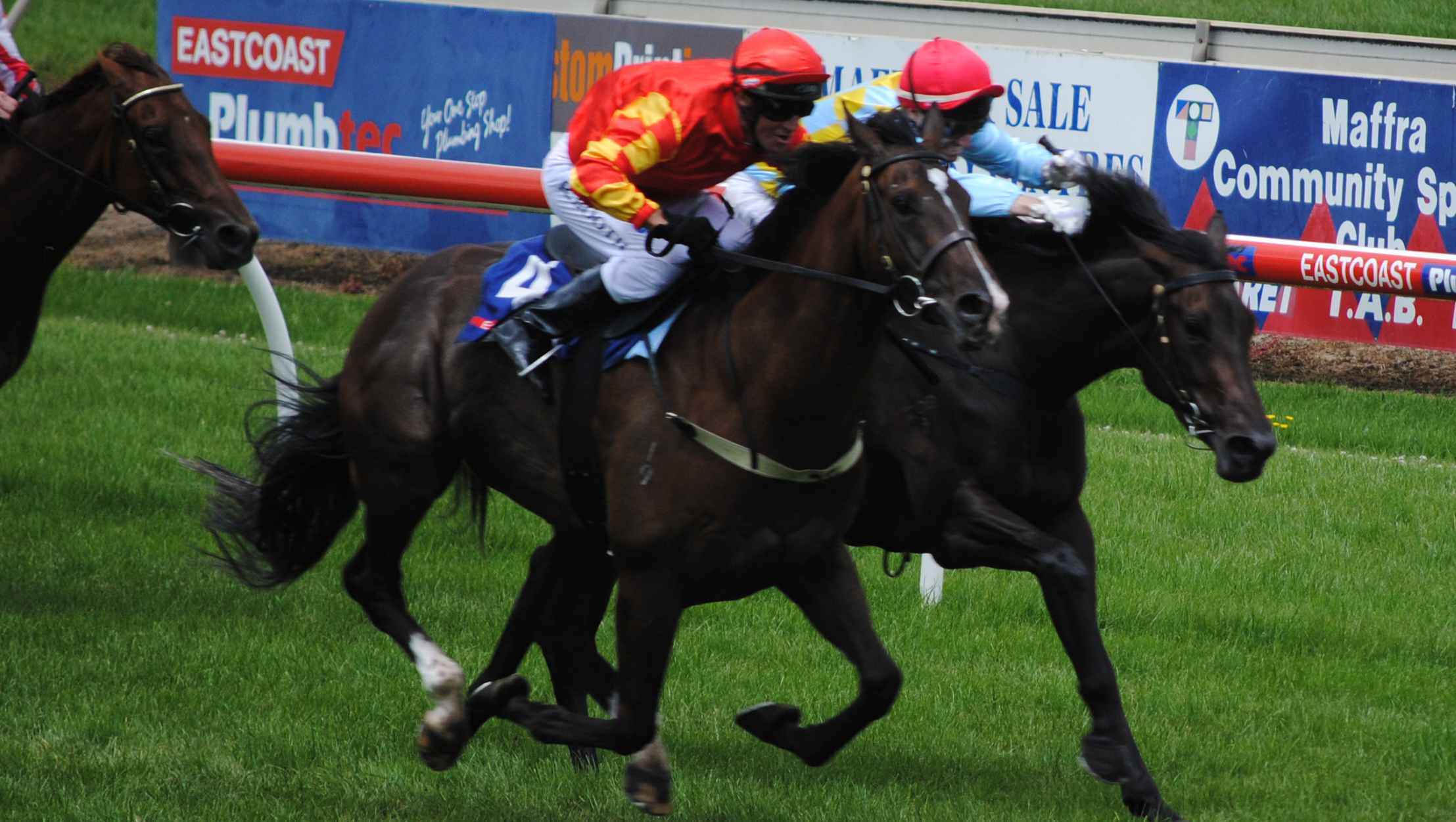 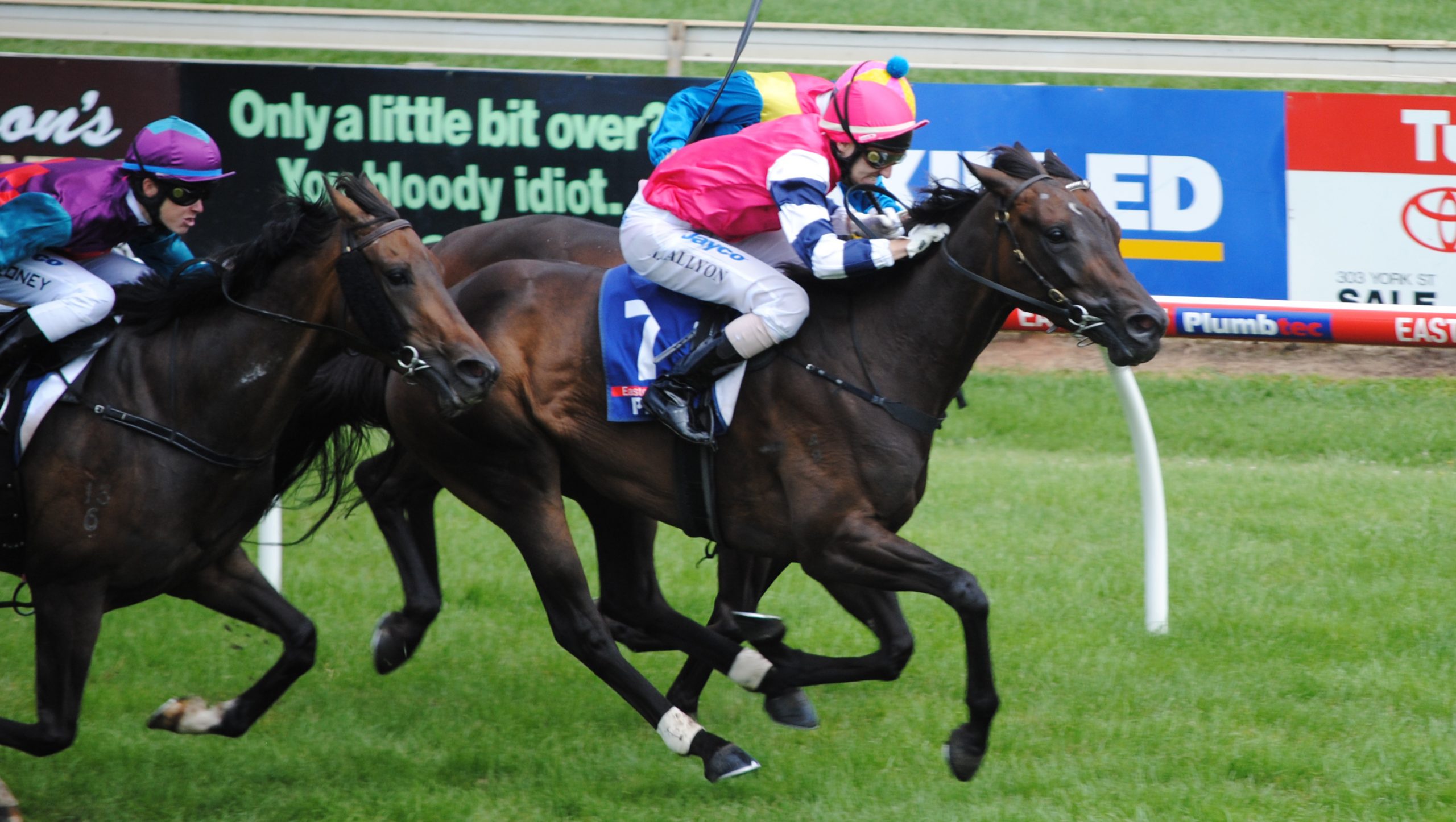 THERE was plenty of Aussie spirit at the Sale Turf Club’s Australia Day meeting on Saturday.

It was very much a family crowd, with young children playing cricket on the lawns, the dress, with flags and Aussie costumes, was colourful and very much Australian, and the fields and racing was very good, despite the number of meetings held in Victoria over the long weekend.

Adding to celebrations, the jockey riding the number one horse wore silks bearing the Australian flag.

Riding honours at Sale were shared by Andrew Mallyon, Jarrod Tood and Ben Knobel, who all completed winning doubles.

Mornington galloper Luck’s A Fortune, ridden by Roger Booth and trained by Pat Carey, broke through for a win in race one, the three-year-old maiden plate, after placings at Stony Creek and Cranbourne.

Luck’s A Fortune’s part owner Bryn Muschialli had a fall coming down the stairs after watching the video of the race. Those close-by were concerned for Muschialli’s welfare as he was treated by paramedics before being taken to Central Gippsland Health Service.

Race two was delayed for 30 minutes while Muschialli was being treated.

Start number 13 was lucky for another Mornington galloper, Odd Socks, who won the race two maiden plate. The four-year-old gelding had four placings, including a second at Sale in September.

Mallyon completed his winning double on Oamaru Princess in race five, the 0-68 handicap, with Prime Ace, trained at Sale by Bill Wood, finishing in third place.

Knobel scored his second win on One Moment in race six, the 0-62 handicap.

Jarrod Todd completed his double on Lots Of Smacks in the final event, the 0-58 handicap. Sale trainer Colin Butcher’s Zellemsee, coming off a third placing, at Bairnsdale, raced well to finish third again.

It was another top day’s racing. The next meeting at Greenwattle will be the Sale Quality on Sunday.