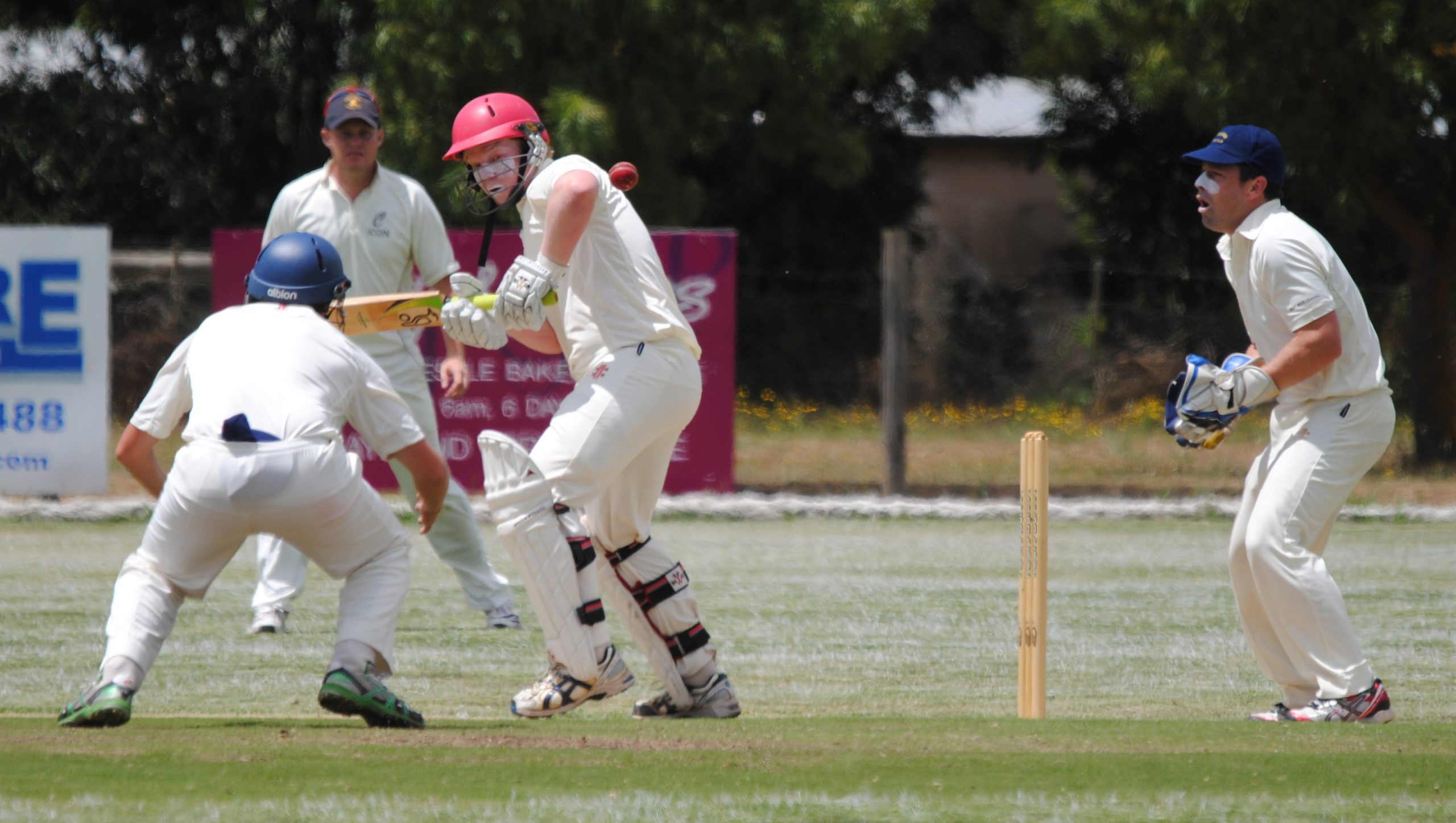 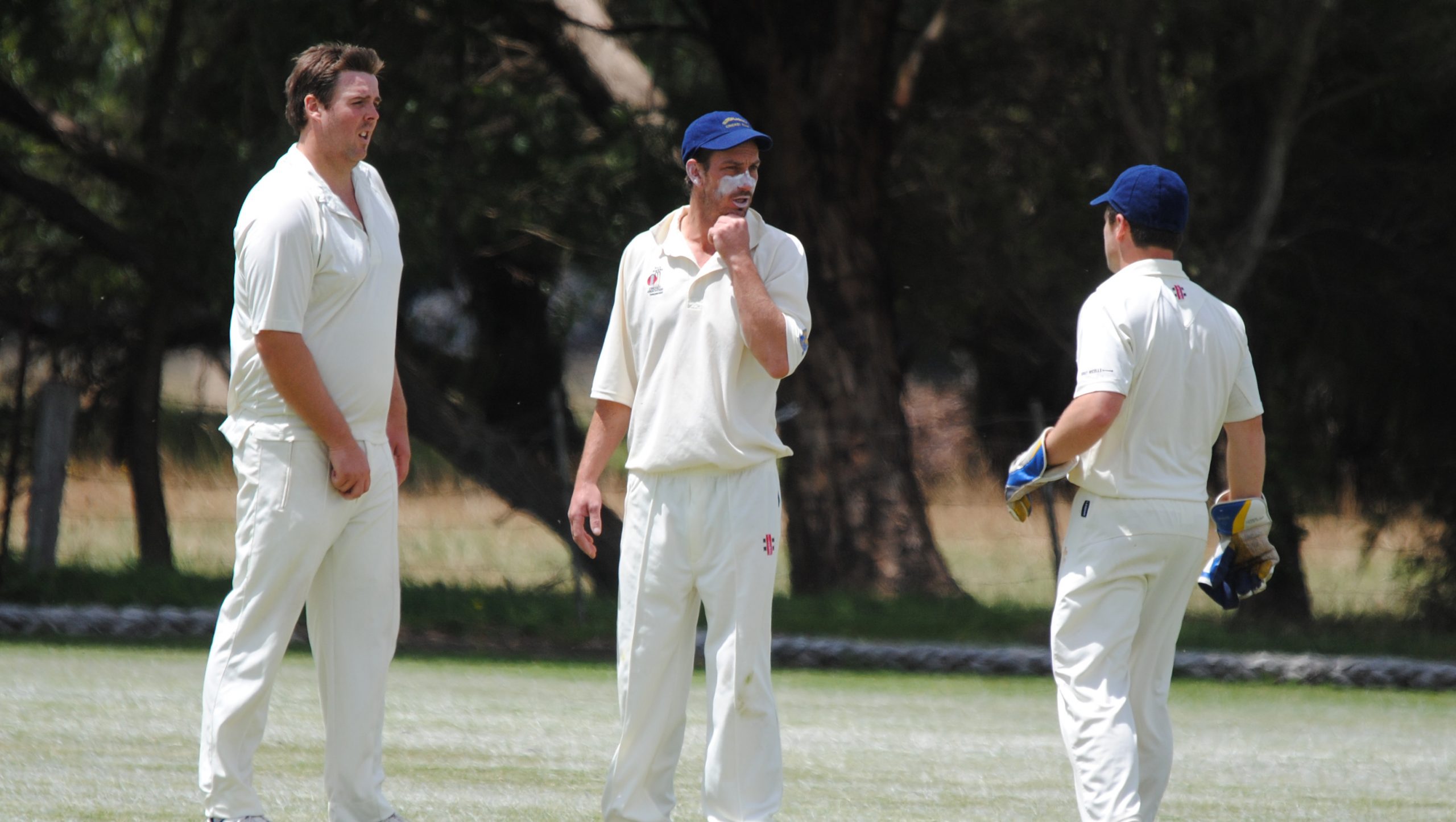 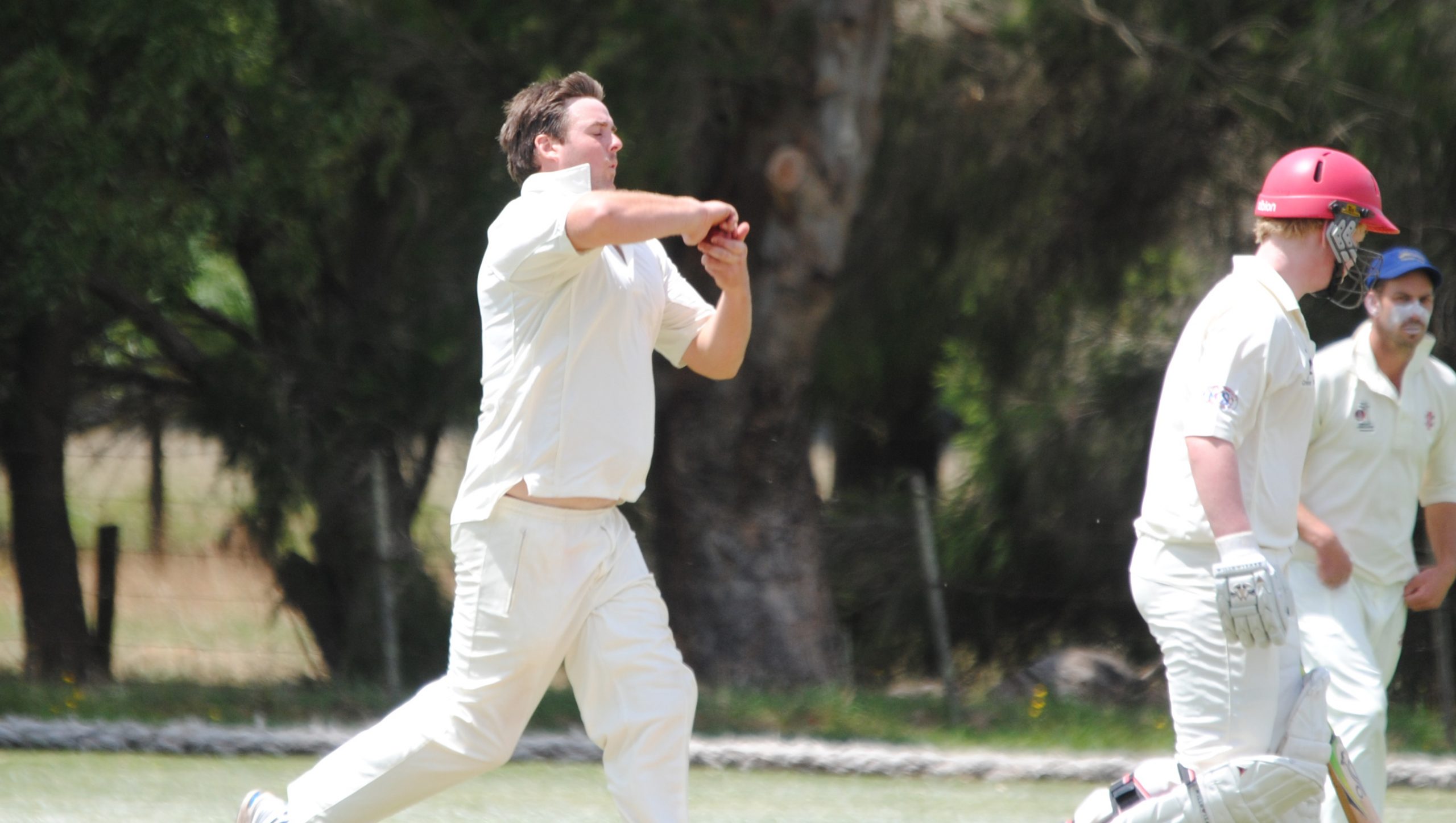 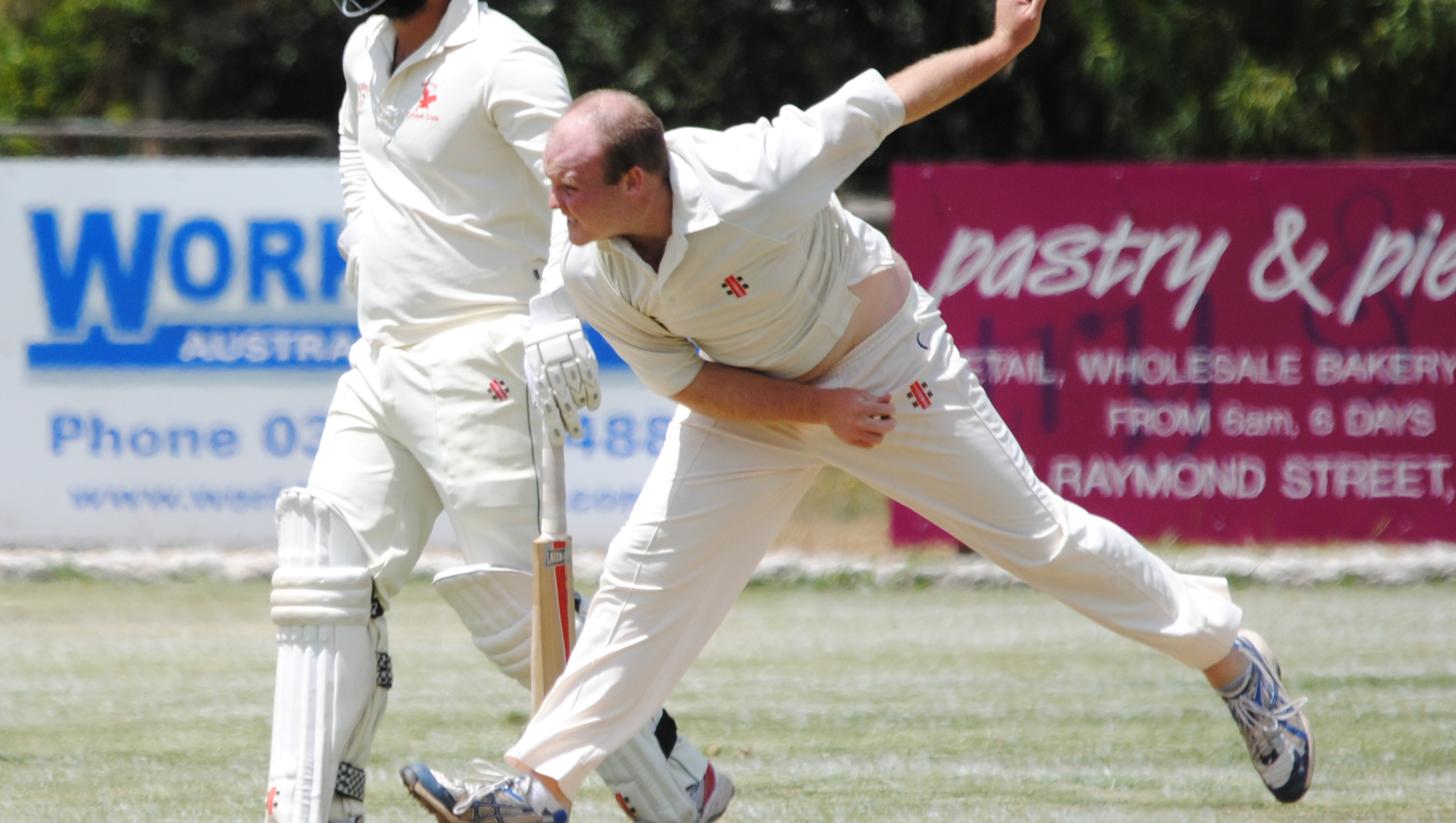 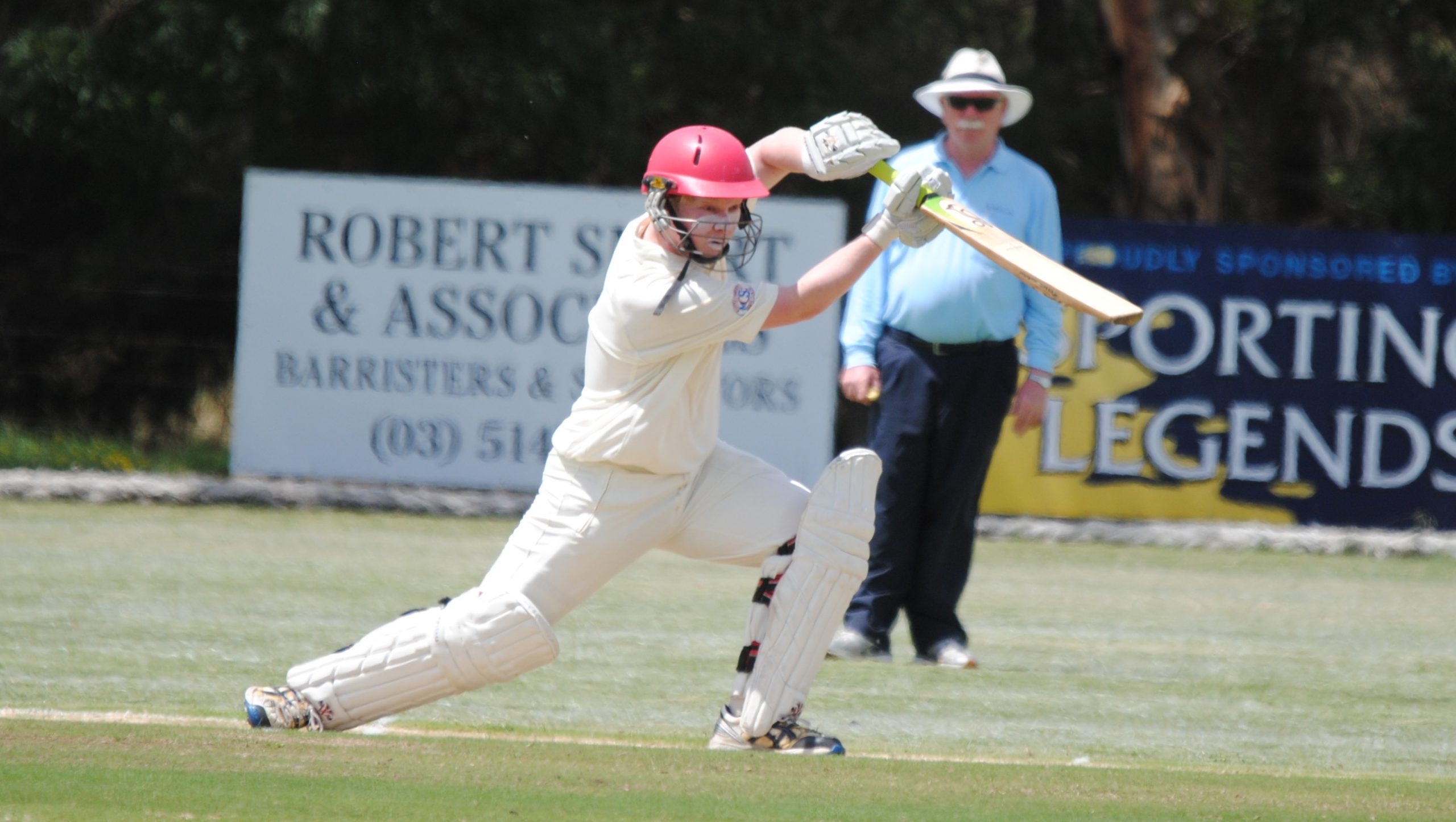 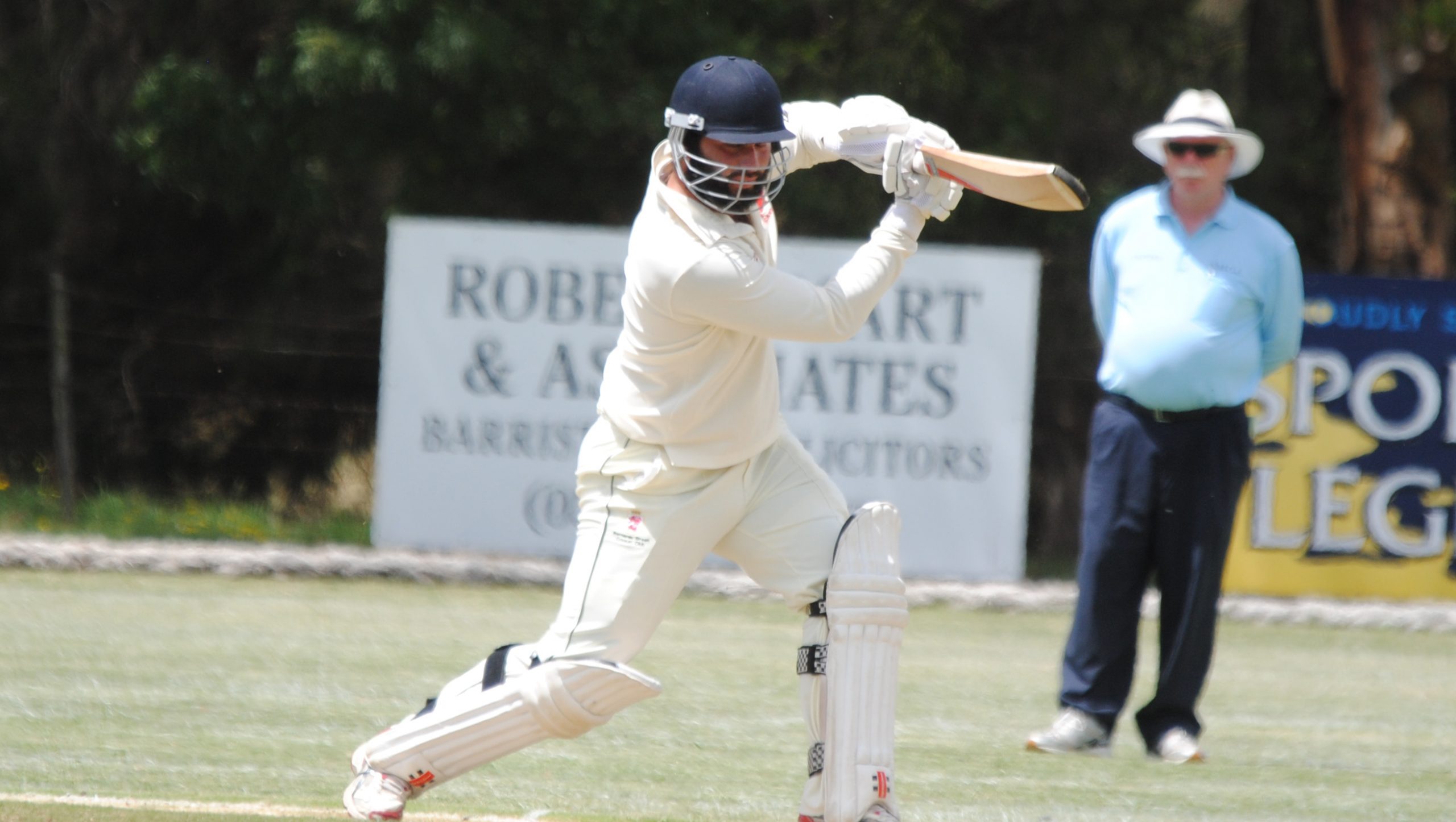 SALE-Maffra cricket’s top of the table clash between Bundalaguah and Maffra remains in the balance after day one, with the home side to resume at 1-11 in reply to the Eagles’ 135.

Spin again played a big part for Bundalaguah, with Mark Donald opening the bowling and captain Matt Dowsett also bowling a lot of overs. Donald sent down 29.4 overs to return the figures of 6-51, while Dowsett chipped in with 3-51 from 23 overs.

Josh Rurawhe was the mainstay of the Maffra innings with 60, with Tim Bourke and Glenn Semmens getting starts. All three were undone by Donald.

Ben Durrant finished unbeaten on 12 for the Eagles.

Maffra also opened the bowling with spin, with Durrant picking up Jason Langshaw before stumps with the Eagles still well and truly in the contest.

In-form Daniel Bedggood will resume on two this week, with Adam Cairns yet to get off the mark.

STRATFORD finished day one against Boisdale-Briagolong in a favourable position, requiring 96 runs with all 10 wickets in hand.

Mick Roberts combined with Tom Langshaw to get the Saints back on track with a third wicket partnership of 75, but in-form spinner Jack Rietschel was able to get the vital breakthrough with the wicket of Langshaw.

With Roberts holding the innings together, Simon Williams got the vital breakthrough, with Roberts edging through to Sam Anstee for an innings high of 65.

Dylan Bolton and Jason Phillips combined to see the Saints beyond 150, Rietschel again getting the breakthrough with the wicket of Phillips.

Luke Maguire finished off for Straford, claiming the final four wickets of the innings as the Saints lost 5-10 to be bowled out for 162.

James Alder and Chris Aurisch got the Stratford run chase off to a good start with both unbeaten at stumps.

Alder will resume on 22 and Aurisch on 39 with Stratford requiring another 96 runs for victory.

A CAPTAINS knock from Mark Nicholls has Collegians on top despite the best efforts of Sale’s Ben Howe, who took six wickets.

Sam Morelli and Matt Foster both got starts before Howes hit back for Sale, bowling the former for 14.

Codey Kennedy and Lucas Mowat both got early wickets to have Collegians on the back foot early at 3-31.

Ben Hurley and Mark Nicholls led the fightback for the visitor, putting on 109 before the former was run out for 37.

With batting to come, Collegians was looking at a big total, but key wickets to Howes, finding the edge of Jayden Allison, and Thomas Wicks, removing danger man Geoff Wells, helped to restrict the visitor.

Nicholls was second last man out for 93, Howes finishing with the figures of 6-39.

Brenton Rees and Jack Goodwin made early in-roads for Collegians with Sale to resume on 2-8.

Nicholas Watt and Adam Jackson will resume next week on four and one respectively.

Layton Armstrong and Bohdi Walker picked up early wickets for the Lizards, but solid contributions from the Warriors’ middle and lower order helped the home side post 233.

Brad and Anthony Scott led the way with 43 and 32 respectively, while Michael Walters finished unbeaten on 35 in the big total. They were well-supported by cameos from Adam Diamond, Hayden Glover, Coady Mitrevski and Isaac and Thomas Love.

Armstrong, Walker, Mitch Bennett and Luke Henderson, who has returned to the SMCA after playing in the Traralgon assocaition, picked up two wickets each for Sale City, while Lachie Floyd contributed with the key wicket of Anthony Scott.

Jarryd Floyd and Sam Lucas-Laws saw through to stumps with the Lizards to resume on 0-1.