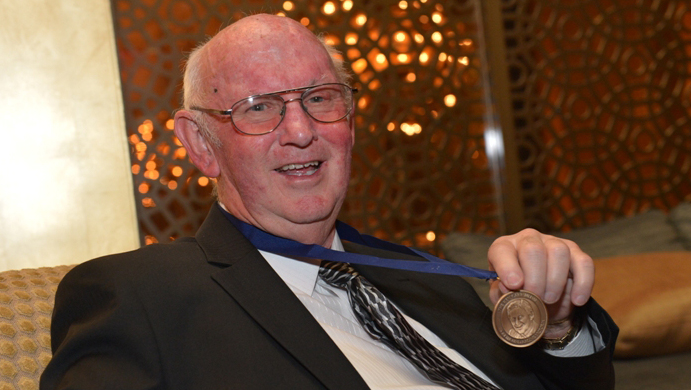 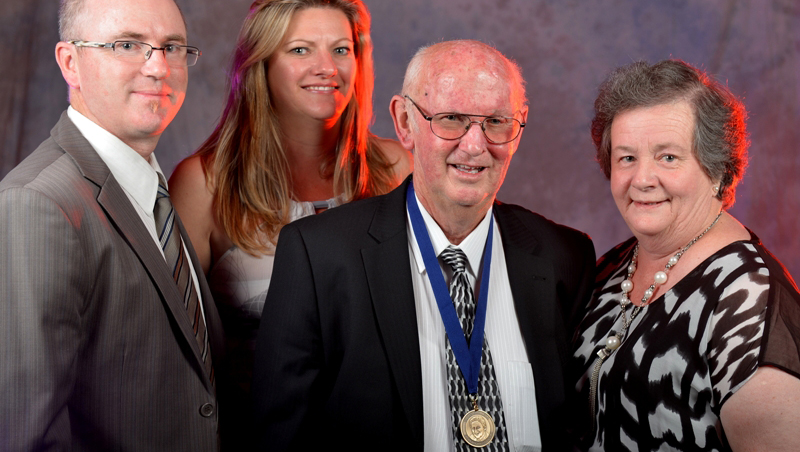 SALE and District Greyhound Racing Club president John Waugh has been recognised for his efforts in the greyhound racing industry with the Ken Carr Medal during the Greyhound Racing Victoria awards night on Friday.

Struck in Carr’s honour in 2000 following distinguished service, the Carr Medal is considered the highest award for excellence within the Victorian greyhound racing industry.

The award, for special or outstanding contribution to greyhound racing, requires the recipient to clearly demonstrate four key qualities, skill, integrity, empathy for others and leadership.

Waugh said it was a great honour to receive the award.

“It certainly was (an honour), not just for me but the club as a whole,” he said.

“Twenty years ago we had a tin shed and gravel track with a couple of fire pots to keep us warm in winter and it has progressed from there to be one of the best clubs in the state as far as patrons go; we get a lot of comments in regard to that.

“It has been a joint effort with a good team and it is working out well, so it is a good honour for both myself and the club.”

Waugh has been involved in the greyhound racing industry for 27 years.

A Sale club member since the late 1980s, Waugh was invited to join the committee in 1994, becoming vice-president in 1995 and president in 1998 and remains in that position today.