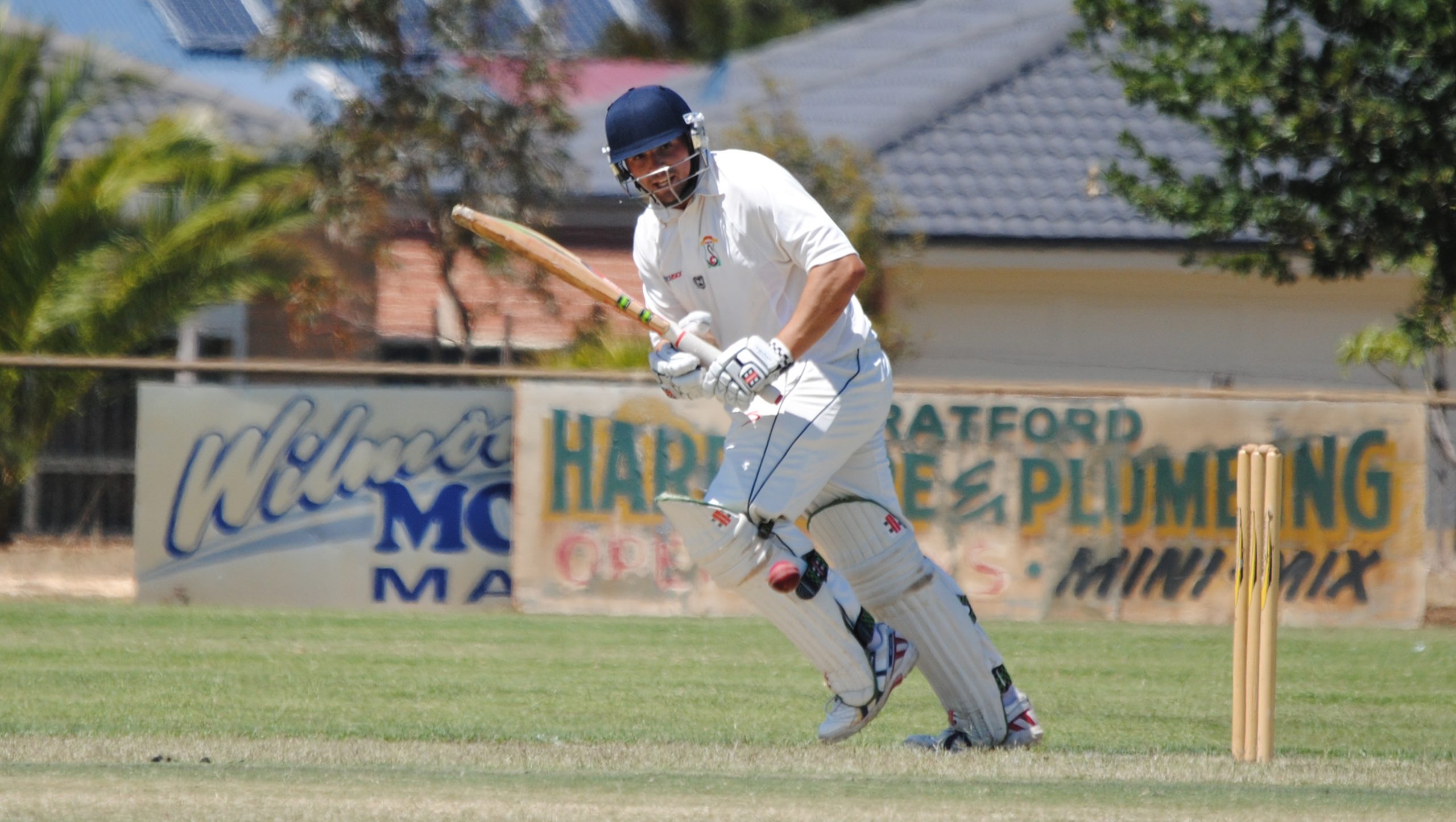 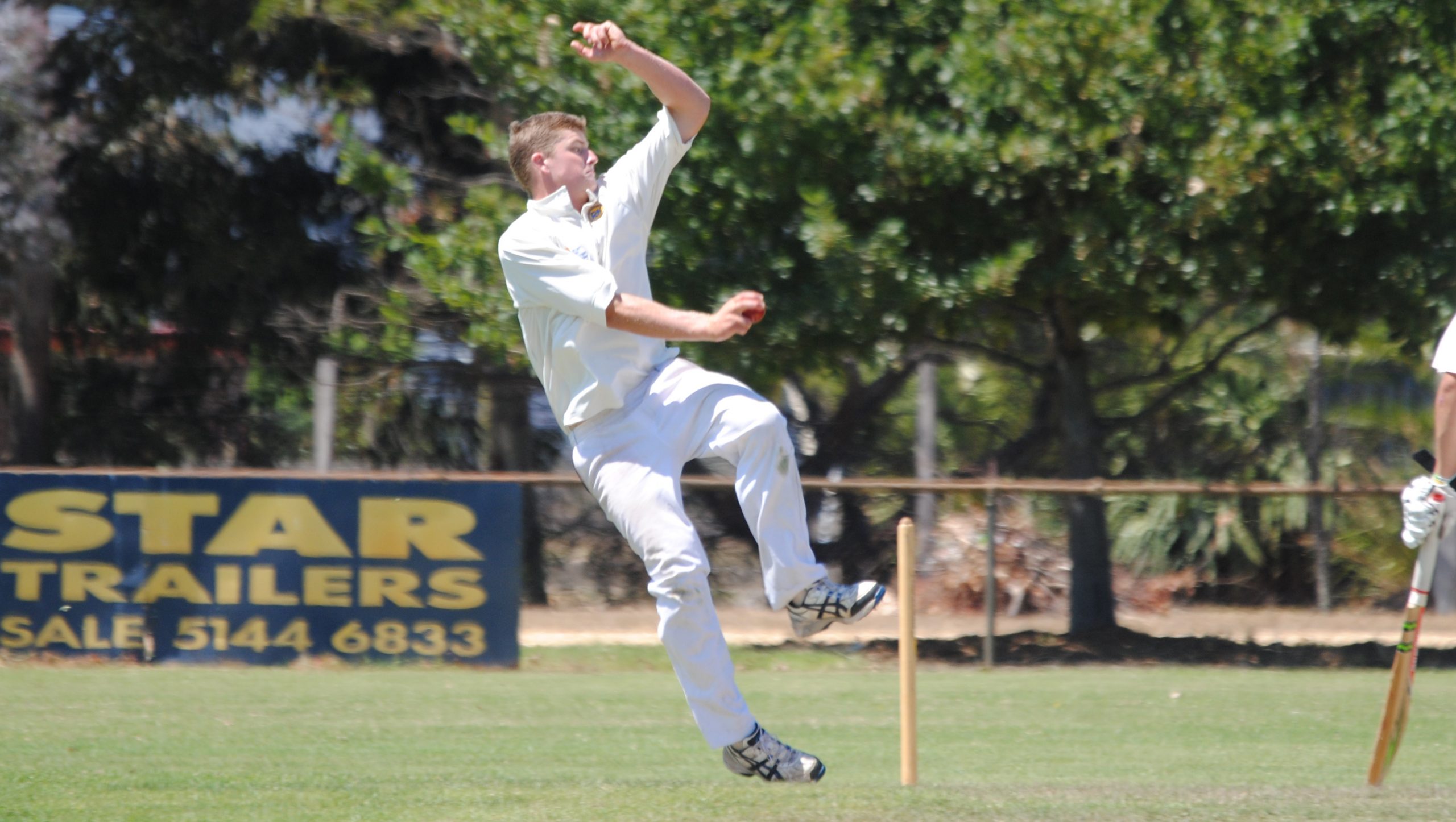 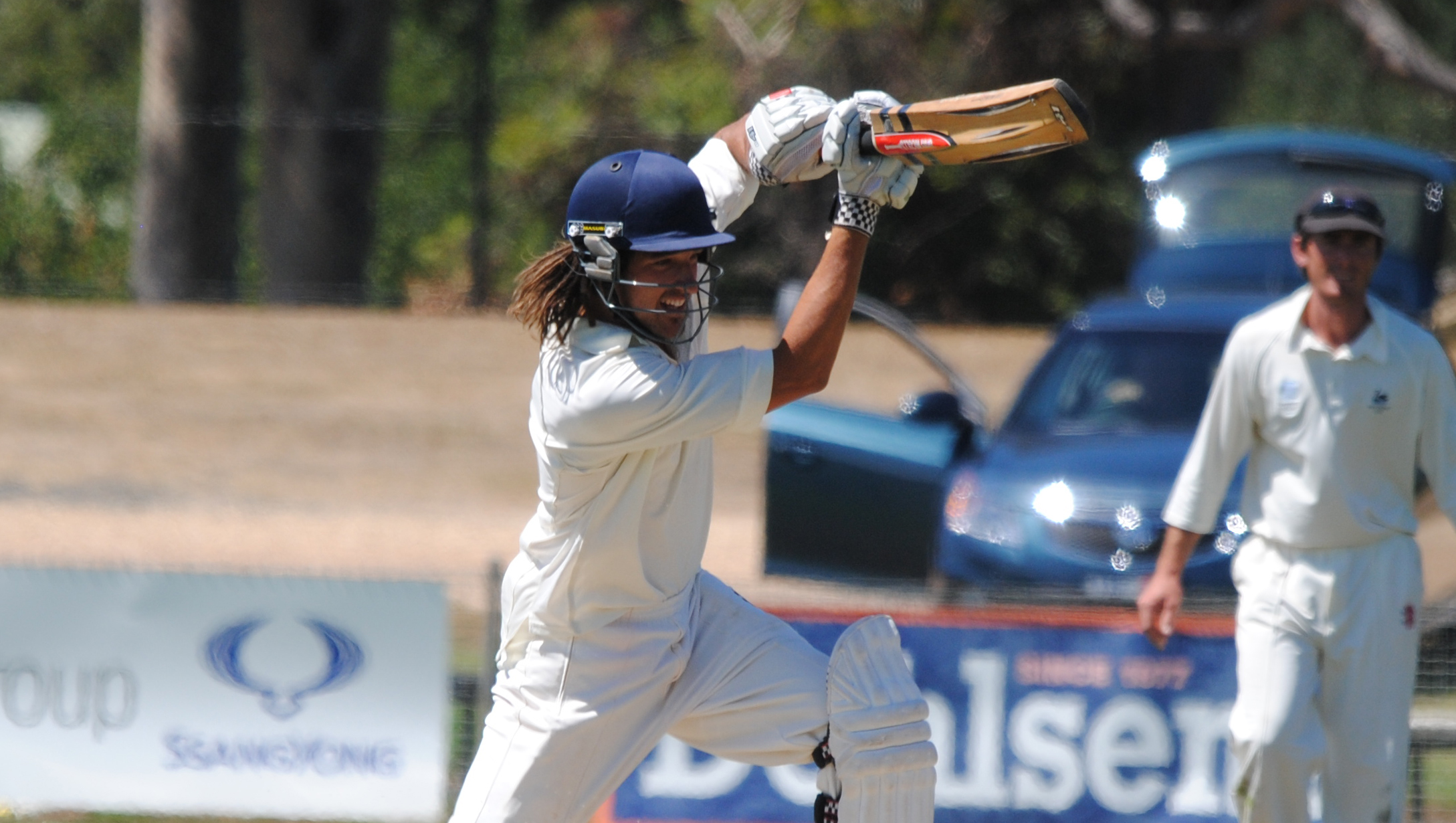 Leigh Freshwater, who has carried his bat so far, and Rohan Diamond will be key players when the Warriors resume on 5-78 in reply to Stratford’s 128.

Chris Aurisch and James Alder got the Stratford innings off to a good start, taking the score to 24 before Brad Scott made the breakthrough with Aurisch edging through to Warriors keeper Leigh Freshwater.

Max Merton followed up with two wickets to see Stratford slump to 3-37 before Alder and Travis Millar steadied for the home side. The pair took the score to 61 but both were dismissed in quick succession, Alder becoming the first of four victims for Anthony Scott, while Thomas Love got through the defences of Millar to make it 5-70.

Jack Rietschel was next to go, finding an edge as Freshwater’s good run behind the stumps continued.

Simon Williams followed soon after, trapped in front, before Neil and Taylor Tatterson combined in a valuable partnership of 29, Anthony Scott getting the breakthrough for the Warriors.

Brad Scott and Merton finished the innings with a wicket each to finish with 2-24 and 3-23 respectively, while Freshwater completed a good day with the gloves, netting six catches.

Freshwater and Geoff Kinnish got the Warriors’ run chase off to a good start, before Simon Williams got the breakthrough for Stratford, bowling the latter for 13.

Williams followed up with the wicket of Brad Scott without addition to the score before Mitch Floyd got in on the act, removing Adam Diamond to make it 3-25.

Freshwater and Anthony Scott combined to steady for the Warriors with a partnership of 44 before the latter departed to the spin of Jack Rietschel for an innings high 35.

Merton was next to go, edging Luke Maguire to gift Anstee his third catch behind the stumps.

Freshwater will resume on 23 with Rohan Diamond on one, with the Warriors requiring 51 with five wickets in hand to keep its finals hopes alive.

MAFFRA’s middle order fired to help the Eagles to a big score of 9-321 against Boisdale-Briagolong.

The Saints got off to a good start with Liam Hurst trapping Brett Lanigan in front and Mick Roberts producing a direct hit run out to remove Harry Thackray.

But Maffra hit back, with Josh Davis (84) combining with Josh Rurawhe (91) and Tim Bourke (65 not out) to set up a big score for Maffra.

Chris Pendrick and Ben Durrant helped contribute to the big score with valuable lower order runs to help the Eagles to 9-321 at the compulsory close.

Dylan Bolton and Hurst were the multiple wicket takers for Boisdale-Briagolong with two wickets each.

Despite the big score, the Saints were sharp in the field with three run outs.

A CENTURY to Michael Jones helped Bundalaguah to 6-263 at Sale.

Jason Langshaw, Adam Cairns and Daniel Bedggood all got starts but couldn’t go on with it and when Joel Powell edged through to give Ben Howes his second wicket, Bundalaguah had fell to 4-59.

Jones combined with captain Matt Dowsett to get the innings back on track with a partnership of 85 before Scott Wegener broke the partnership with his second wicket, trapping Dowsett in front for 36.

Nathan Massey played a good support role to Jones in a partnership of 98 before the latter’s innings of 123 came to an end, picking out Ian Wrigglesworth off the bowling of Nicholas Watt.

Massey remained unbeaten on 20 while Sam Bedggood contributed with an unbeaten 18 to help Bundalaguah to 6-263 at the compulsory close.

MATT Foster carried his bat for 110 to help Collegians post 8-257 against Sale City.

Losing opening partner Sam Morelli early, caught by Lachie Floyd off the bowling of Layton Armstrong, Foster had good support from the middle and lower order to help the visitor post a good total.

Brad Rogers finished pick of the bowlers for the Lizards with 3-31, while Travis Patterson and Luke Henderson picked up two wickets each.