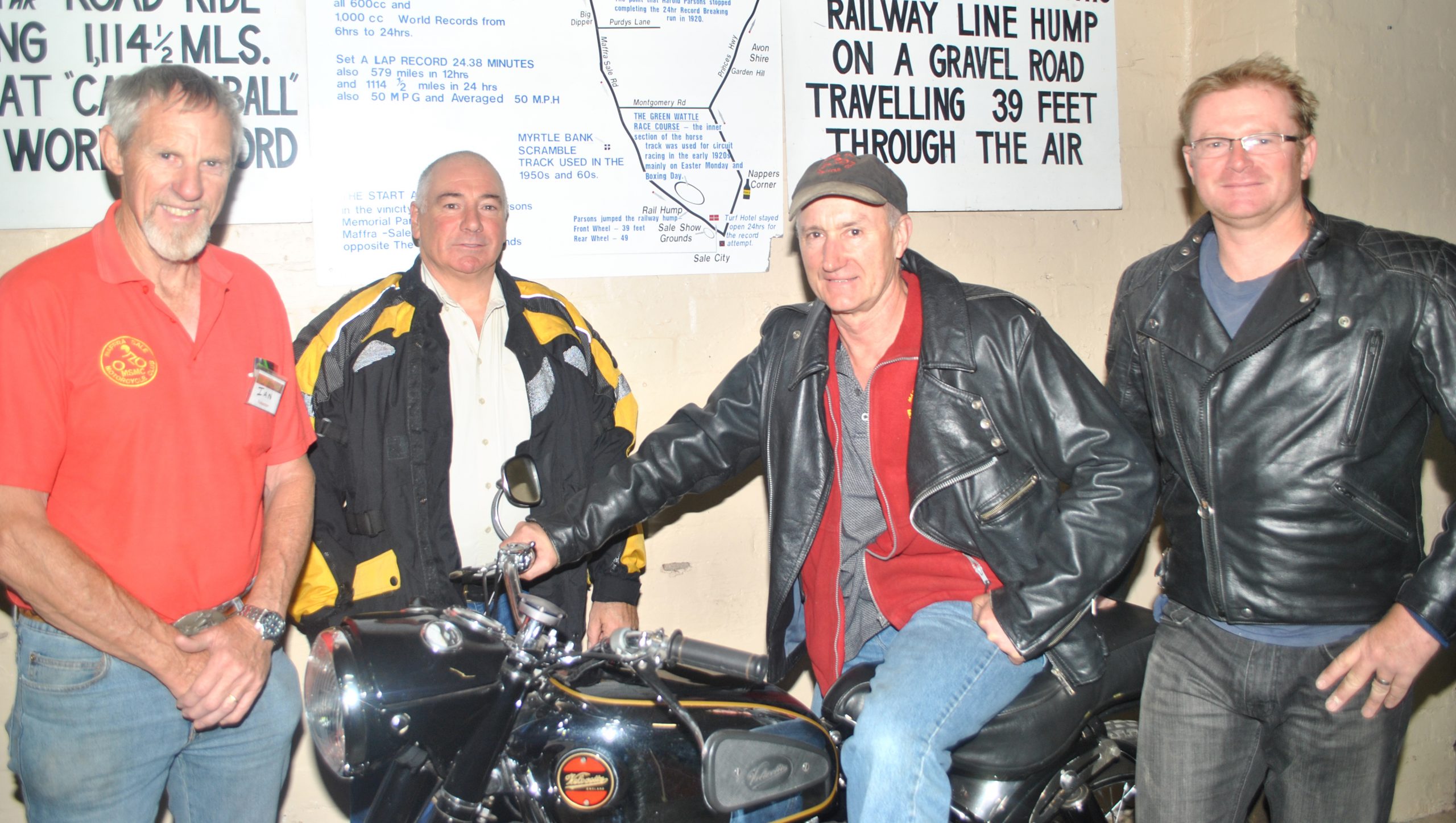 DESPITE concerns last year’s Harold Parsons Memorial Ride would be the last, a new organising committee has banded together to make sure the event continues into a 31st year.

“It was thought it might come to an end with the old team finishing up,” he said.

“The Harold Parsons ride began 30-odd years ago and is being conducted again this year with a new team keeping it running.

“Ian (Kennedy) has been a long time organiser of the ride but decided to have a well earned break, so us newbies are just trying to put something together that slightly resembles his fantastic work.”

Now in its 31st year, the Harold Parsons annual memorial motorcycle ride is conducted in honour of champion motorcyclist Harold Parsons, who died at the age of 30 while testing a Power Plus Indian motorcycle on a timed quarter-mile section of Epping Rd.

Parsons hit a horse, and later died in the Royal Melbourne Hospital.

He had no helmet on and developed a large lump on his temple.

A helmet may have saved his life.

Harold Parsons set 24 world records on east Gippsland roads during the early part of last century riding a 600cc Indian motorcycle, riding 1114.5 miles in 24 hours on a circuit from Sale to Stratford to Maffra and back again.

He averaged 26 minutes per lap in the daylight and 28 minutes at night with poor headlights.

He mostly survived the ride on tea and toast, stopping at the 12 hour mark for poached eggs, steak and some plum pudding given to him by a spectator.

Parsons is also rumoured to have jumped the old railway crossing on the Maffra-Sale Rd.

The Harold Parsons ride is in its 31st year and remembers him and his achievements while celebrating the past and future of motorcycling in Gippsland.

The ride will depart from the Maffra-Sale Motorcycle Club rooms at Morison St, Maffra, with registration at 9am for an 11am departure, returning to Maffra by 4pm.

This year’s ride will be a mystery ride of about 200km with lunch at a mystery hotel. Cost will be $25 for a rider and $15 for a passenger.

The ride caters for all classic, vintage and antique motorcycles, however modern bikes of all makes are encouraged to participate.

“Wearing of clothing to match your bike’s period is encouraged,” Mr Abikhair said.

A presentation of awards will take place post ride with drinks and nibbles on sale.

Merchandise will also be available.