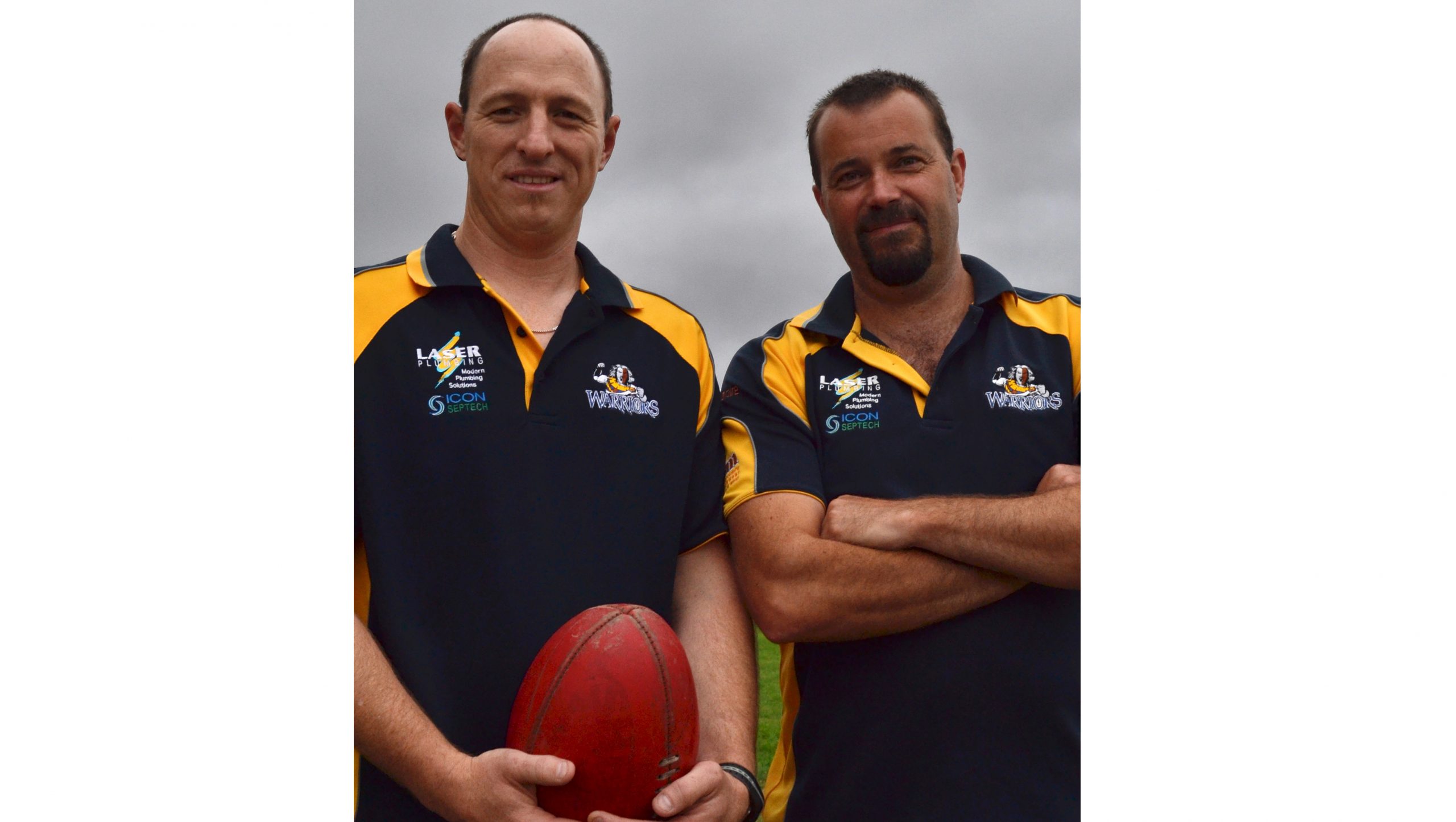 FOLLOWING another successful season in 2012, the Wellington Warriors over 35s football club is back to prepare for the 2013 season.

Coach Kain Jackson said the club was in a really healthy position on and off the field.

“We are heading into a really exciting phase of the club,” he said.

“We have been in existence for the past four years now, and we are starting to explore lots of opportunities to engage our families, friends and sponsors within the club.”

During the past few months a number of Warriors players, family members and friends have been doing some light running in preparation for the 2013 season. The first training session was held at the Maffra Recreation Reserve on Thursday (February 21).

“We are trialing training in Maffra and Sale with the view to recruiting new players to the club,” Jackson said.

“So if anyone is keen to come and have a run, or just come along and have a look with no obligations to play, come along.”

In what is sure to be one of the highlights of the year, the club are also in discussions with an AFL club trying to co-ordinate playing a game, in conjunction with a number of other masters football clubs at a premium ground in Melbourne.

Away from the training track, the Warriors have also been working hard.

Club president David Ross said he was extremely optimistic about the financial future of the club.

“We are really looking forward to a great year this year,” he said.

“We have spoken with our major sponsors, who have confirmed their commitment with us for the next three years.

“The prospect of the club is looking great.

“Our playing group is primed for a great season, and our committee is keen to improve on our success over the past few years.”

Ross said being family orientated and community minded was also a big part of the super rules club.

“The beauty of our club is it’s inclusiveness,” he said.

“Our main focus is to include everyone, players, wives, kids, friends, family and our sponsors as part of our football community.

“The club has worked hard to achieve this enjoyable inclusive environment and include things like our annual Ladies Day which is scheduled to occur again this year.”

The Warriors are also taking part in this year’s Relay for Life event in order to get in a little more training before the season starts and to raise money for what is such a worthy cause.

“It’s easy to see that there is plenty of life still left in the over 35s competition as it continues to supply a outlet for guys looking to stay active and have fun with like minded families,” Ross said.

Training will be held again at Maffra this Thursday before moving to the Catholic College ovals in Cunninghame St, Sale on March 7, 14 and 21.

All present, past and potential players interested in being involved in the club are welcome to attend.