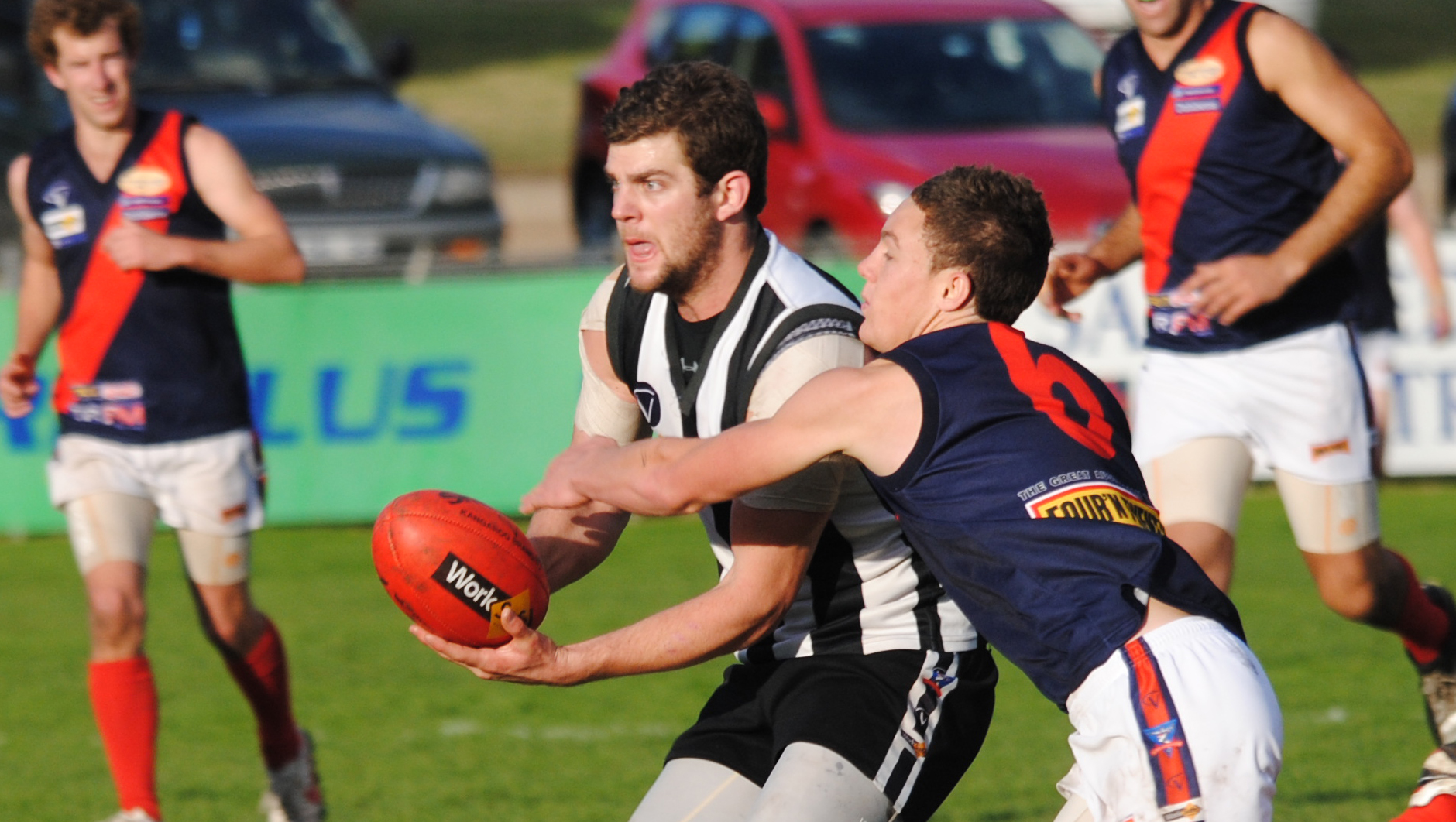 BOISDALE-Briagolong has bolstered its line-up with the addition of Sale Gippsland League premiership forward John Gooch.

Gooch will be a good addition to coach Daniel Sandeman’s side, which will be looking to improve on the two wins it had in 2012 in the North Gippsland league.

Sale is set to regain forward Jake Schuback after winning two NGFNL premierships with Sale City, with a clearance pending.

Another Gippsland League premiership player heading for the NGFNL is Josh Stubbe, who is returning to Heyfield, where he was part of the Kangaroos’ 2009 premiership team, from Maffra.

The Eagles have also lost Gary Jones, who will coach Lucknow, and Shaun Bates, who has headed to Queensland.

While it has lost David Gourdis to Keilor and Roy Mullens to Korumburra-Bena, Leongatha has recruited Pat McGrath from Drouin and welcomed back Nick Nagel, Tom Marriott and Marc Truscio.

Drouin has lost outgoing coach Ben Soumilas, who will take up the same role at Inverloch-Kongwak in the Alberton league.

In a further blow, the Hawks have lost ruckman Bob McCallum and Cam De Gooyer to Ellinbank league clubs.

Warragul has lost Mark Bradley, who has returned to Korumburra-Bena, but has recruited Adam MacGibbon from the Murray league and seen Nick Edney return from Neerim-Neerim South.

Morwell, coached by former VFL player Harmit Singh, has gained the services of local Dean McDonald, who was delisted by Richmond after one season.

Nathan Bell has left Wonthaggi to return to the Bendigo club Golden Square, while Daniel Domaille has returned to Gormandale.

Coached this season by former Stratford senior and Sale reserves coach Luke Henderson, Gormandale has also been strengthened by the inclusion of former Moe forward Daniel Risol and Cowwarr forward David Ivey as it looks to return to the NGFNL finals.

Former Traralgon player Tim Johnson has been recruited by Cowwarr from the Mornington Peninsula league.

Rosedale will be coached by former Blues forward and Morwell East coach Nick Lecchino, but will not have the services of Justin Emery and Craig Mayman, who have gone to Boolarra and Newborough respectively.

Woodside, to be coached by Chris Pettitt, has added Rob Michaealides from Morwell, on top of the return of Justin and Clint Staley. Anthony Jago has left the Wildcats for Heyfield.

IT will be a case of new season, new coach and new jumper in 2013 for Devon-Welshpool-Won Wron-Woodside.

The Allies will be hosting local rival Yarram in round one of the Alberton season on Easter Sunday, March 31.

The Demons will also have a new coach, Griffen Underwood. They have lost Justin and Clint Staley, who have returned to Woodside in the North Gippsland league.