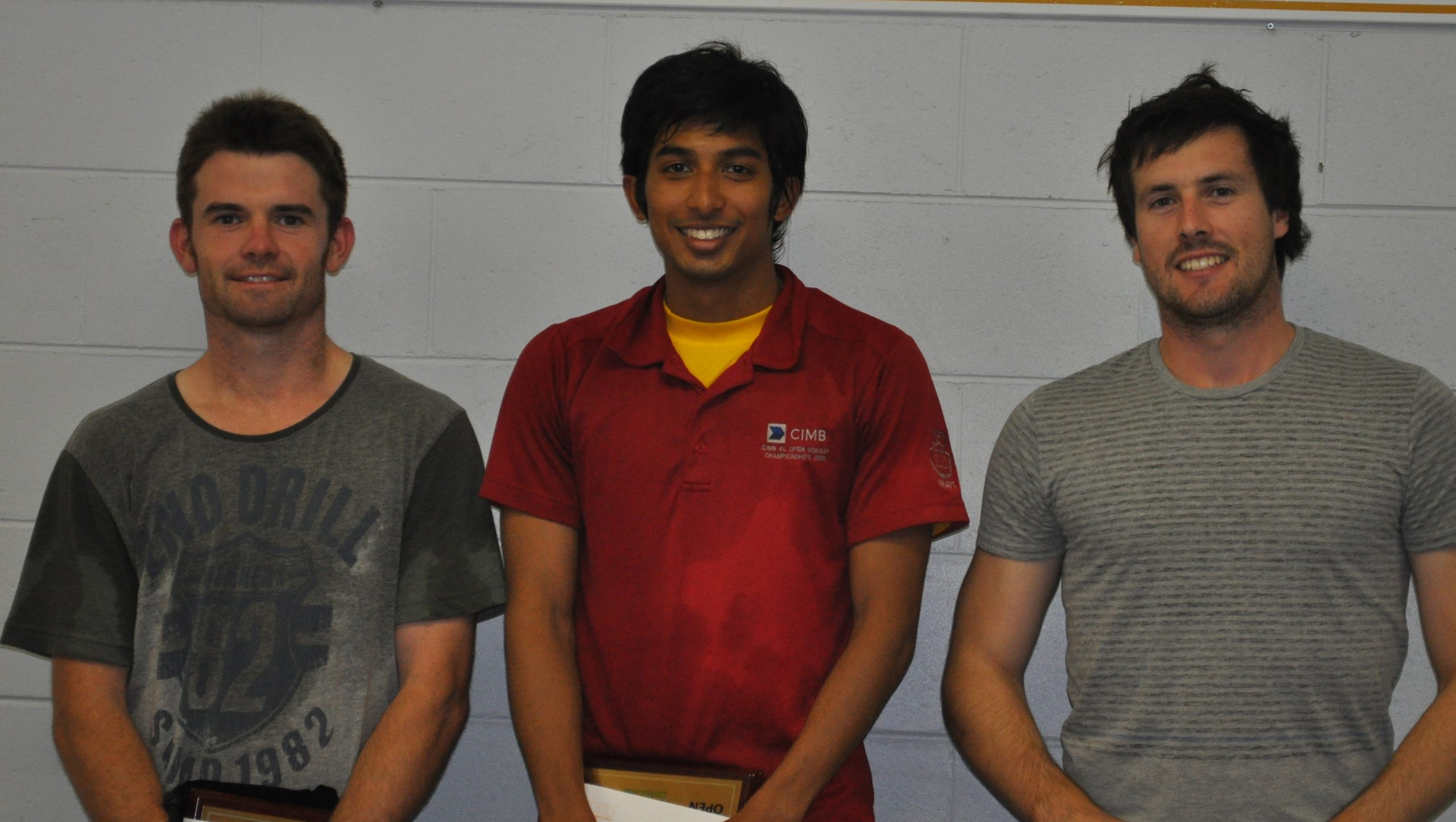 THE ninth Gippsland Open Squash Championships at Maffra attracted 64 entries from across Victoria.

Most entries came from Melbourne, but also some from Ballarat, Geelong, Shepparton and Bright. Gippsland was represented by players Maffra, Sale, Morwell, Yarram and Lakes Entrance.

The men’s open section had a record 14 players, while there were also women’s open and six other mixed graded divisions.

Mithran Selvaratnam from Mulgrave won the men’s open title, defeating Mark Ikin from Maffra three games to one. This was an exciting close match which had the crowd enthralled with their skill and fitness.

Selvaratnam, who recently moved to Australia from Malaysia, was very pleased as this was his first tournament win in Australia.

Ikin has played every Gippsland Open tournament and has been the winner once and runner-up several times.

The women’s open division was won by Sarah Cardwell for the first time after being the runner-up last year. Cardwell defeated Selena Shaikh in the final, 3-0.

These girls are long time friends who both play at the Kooyong club.

Other notable Gippsland performances were Mick Dyke, Yarram, finishing third in division one, a place ahead of Morwell’s Bill Doherty.

MAFFRA Squash and Racquetball Club, along with other Gippsland clubs, at currently low in player numbers, and is encouraging anybody interested to come along and try squash.