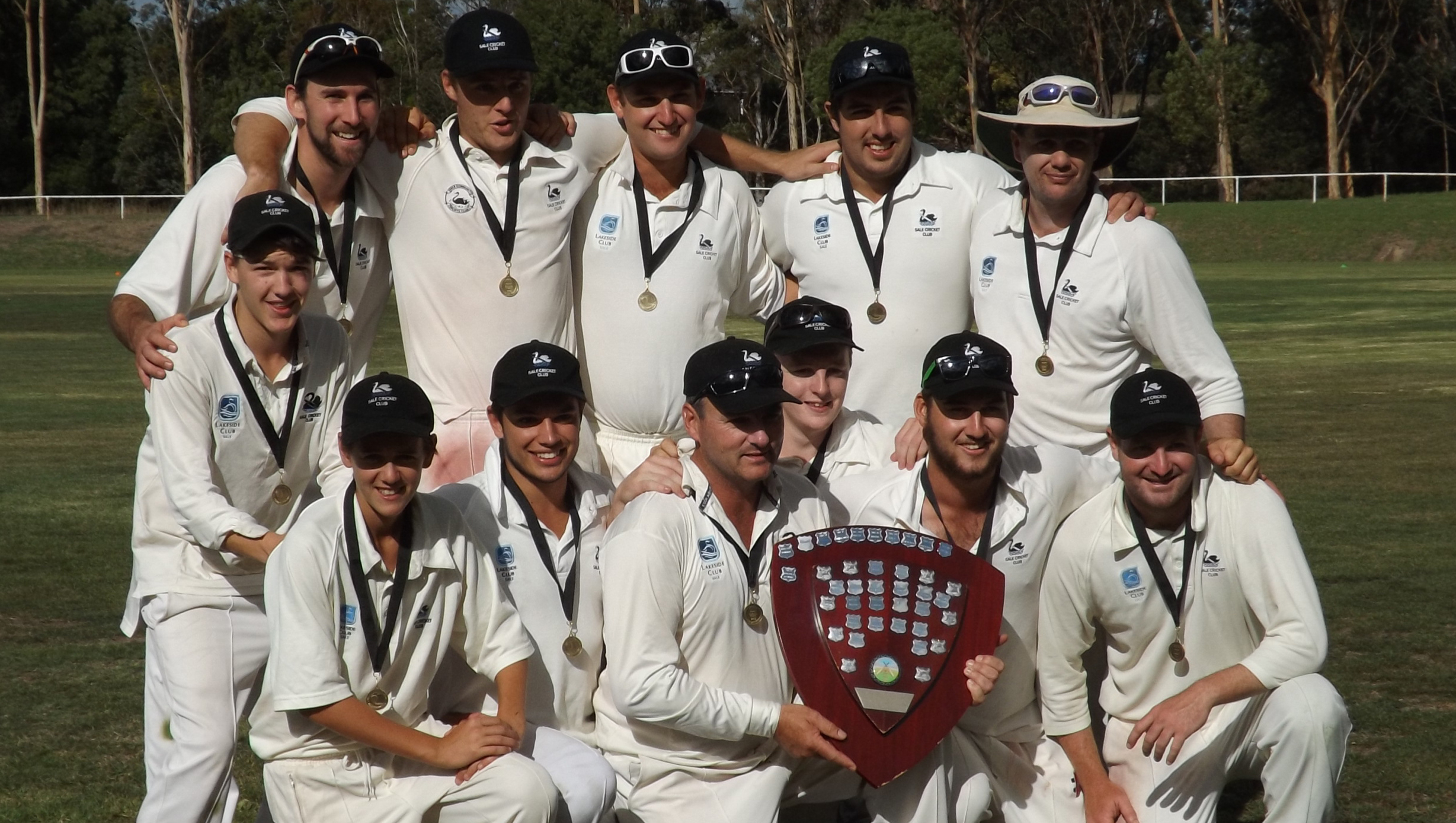 To win the premiership, Sale had to defeat the top two teams on the ladder.

With Sale at 3-53 at the College Oval, Matt Raidal, 34, and Anthony Clissold, 20, combined for a 49-run partnership before Josh Stubbe provided late runs, unbeaten on 27.

Sale was bowled out for 170 shortly before stumps on Saturday. Bundalaguah captain Brad Smith took 4-76 from 26 overs, while Mark Lobley and Glenn Moon took two wickets each.

With a reachable target, but with three wickets falling quickly to the bowling of Glenn Ingram, Tom Anderson kept the Bundalaguah innings together before being dismissed for 50.

From 5-78, Smith, 32, and Greg Wrigglesworth, 21, put on 38 runs before their dismissals in quick succession put the pressure on the Bundalaguah lower order.

Bundalaguah was eventually dismissed for 136 with Ingram claiming 4-30, Clissold 2-9 and Kyle Ashton 2-30.

HEYFIELD defeated Wurruk one run at Nambrok to win the thirds premiership.

Wurruk appeared to be well-placed for victory after bowling Heyfield out for 143 with captain Ben Russ taking 5-23, Corey Sullivan 3-33 and Eranda Aponso 2-0. Matt Millar continued his good form with the bat for Heyfield, scoring a quickfire 61, while Brad Lynch posted 20.

At 2-60 the Toads appeared in control before Corey Sullivan was dismissed for 20 following a spectacular one-handed catch by Jesse Jackway.

Following the dismissal of Craig Young, 20, and Russ, 27, the Toads were 7-131, but despite the efforts of Nathan Tourtoulas, 15 not out, Millar took the final wicket, one of his two, with Wurruk falling one run short.

Joel Keane did most of the damage for Heyfield, claiming 5-21.

Aponso scored 29 at the top of the order.

MAFFRA was too strong for Sale in the fourths decider.

The Eagles made easy work of the chase, passing the Sale total in the 50th over with six wickets in hand.

The Saints were bowled out for 70 with Nic Marshall their best with 37. Rob Glenn took 3-7, while Alan Hopkins, Shayne Tilley and Heath Glenn took two wickets each.