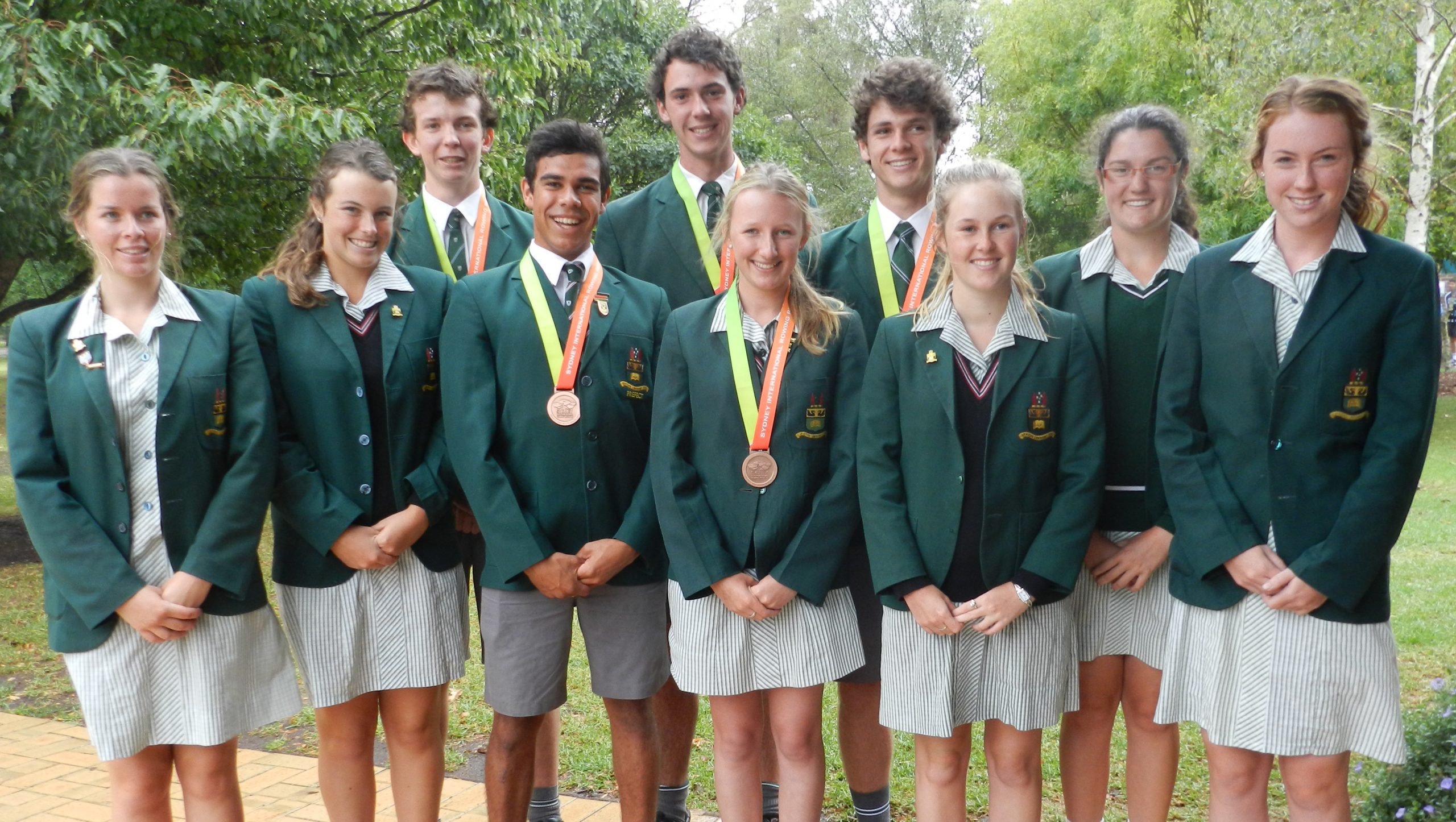 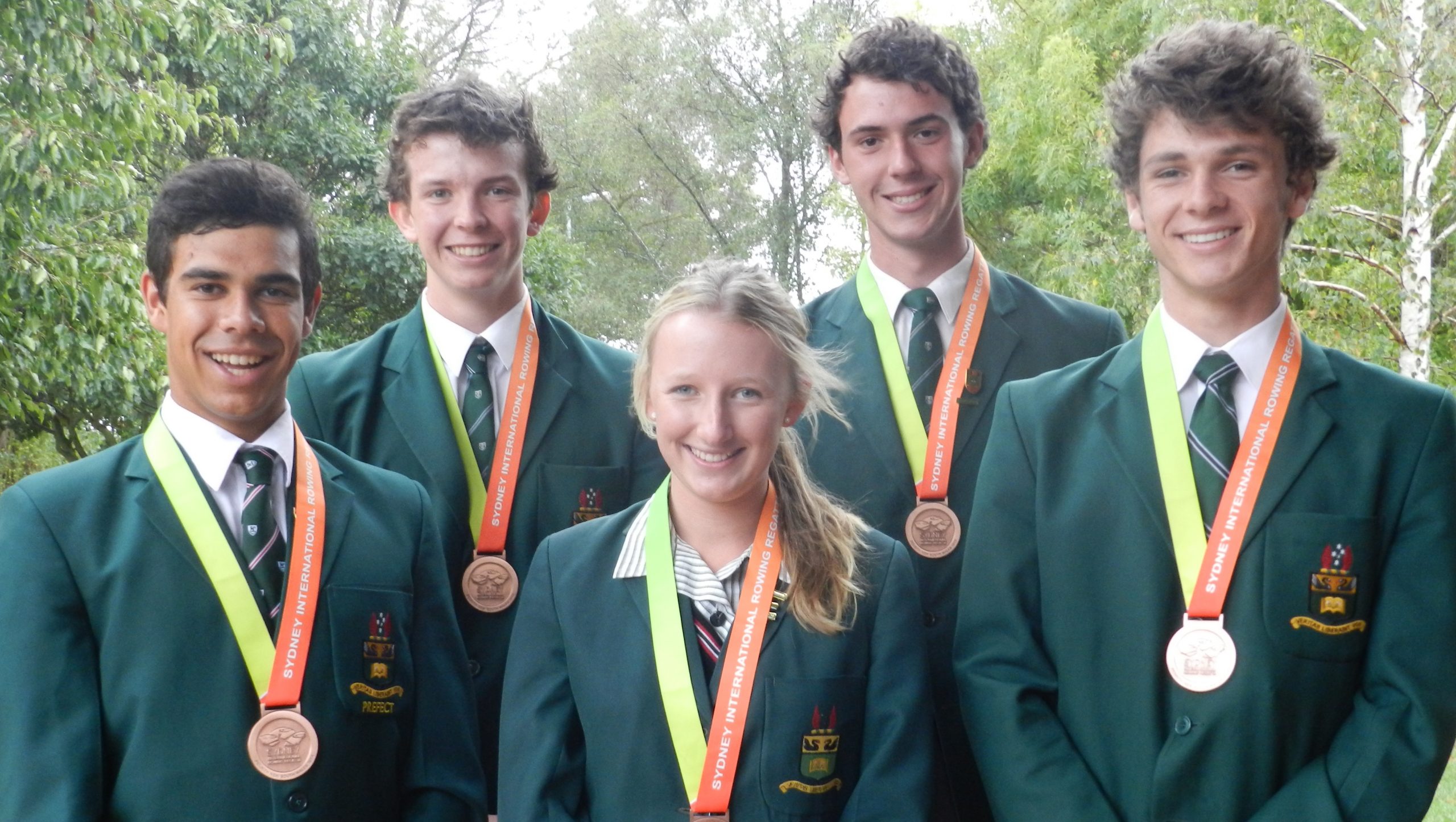 GIPPSLAND Grammar rowing teams have returned from a successful Australian Schools Rowing Championships held at the Sydney International Regatta Centre, while mixing and rowing on the same stretch of water as some of the world’s best rowers.

Grammar was one of 93 schools from across the country to participate, with the boys crew finishing with a bronze medal while the girls crew managed a credible fourth.

The championship are the highlight of the rowing calendar for all schools with rowing programs.

Students were able to row alongside national and international rowers, with the event being combined with the King and Queens Cup and the first round of the Rowing World Cup.

A record number of 2200 athletes raced in 110 events, with Australia’s World Rowing Cup team members out in force along with crews from Czech Republic, China, Estonia, Korea, Singapore, Vietnam, United States of America and France.

More than 250 international athletes from more than 20 countries took part in the World Cup, including many 2012 London Olympians and Olympic medallists.

Hailed as the Australia’s biggest rowing spectacle since the 2000 Sydney Olympics, the USA fielded a strong team of athletes including 14 Olympians, six of which were gold medallists.

Winning their heat having led the whole way, the boys earned direct qualification for the final and had two days full recovery.

In an attempt to eliminate some of the nerves, the boys went for training paddles on the adjacent lake, finding themselves training alongside international rowers.

The boys lined up for the final on March 24 with the line-up a repeat of their ISRA final, where they had finished sixth, a month earlier.

Gippsland Grammar director of rowing Frank Stone, who has now won five national school medals in six years, said the task in front of the boys wasn’t an easy one.

“As the klaxon (loud horn) went all crews pulled furiously away from the start line, all trying to come out on top in the first 250 metres,” he said.

“By 500m gone, the field had separated into two distinct groups.

“The boys were in the leading pack sitting in third place, along with the crews from Radford who were chasing Kinross.”

At the halfway marker, the boys were still sitting in third place, closely followed by the crew in fourth, with a solid burst by the Grammar crew seeing off the attack to consolidate third.

“At 750m to go the boys were battling Radford to take second,” Stone said.

“It was a great effort by the boys but the lead Radford had accumulated earlier in the race proved too much for them to overcome.”

Finishing in third place behind Radford and Kinross, Stone said it was a terrific result for the boys who had worked extremely hard in the month leading up to the meet, clawing back the deficit between them and the top crews.

The Gippsland Grammar support team, consisting of Stone, parents, coaches and senior girls, was on hand to witness the medal presentation on the pontoon, which concluded with a sporting Harlem Shake by all crews who won medals.

“The improvement the boys have made over the past month is nothing short of monumental and they thoroughly deserve the success they achieved,” Stone said.

Facing a tough category with 35 crews entered in the coxed quadruple sculls event, the girls finished an impressive fourth in their heat, posting their second fastest time of the season.

This result put them through to the repechage for the opportunity to compete in the A or B final.

After a day’s rest, the girls took to the water once again to try and vie for a place in the final with conditions not as favourable, with crews battling a strong headwind.

The Grammar crew got off to a blistering start, coming through the first 100m in second place.

“As the girls settled into their race rhythm they were looking strong and powerful, rowing better than they have done all season,” Stone said.

“Through the middle 1000m the stronger crews were starting to come back at them, but the girls kept focused and determined throughout.

“In the end the competition proved too much and the girls finished a valiant fourth.

“Each one of the girls performed to the best of their ability and rowed better than they had all season.”

Stone said the girls would take a wealth of experience from the week and should be extremely proud of their achievement.

“It has been a very successful season for all crews and the improvements that have been made are extremely impressive,” he said.

“Fingers crossed this success can be carried into and built on next season.”