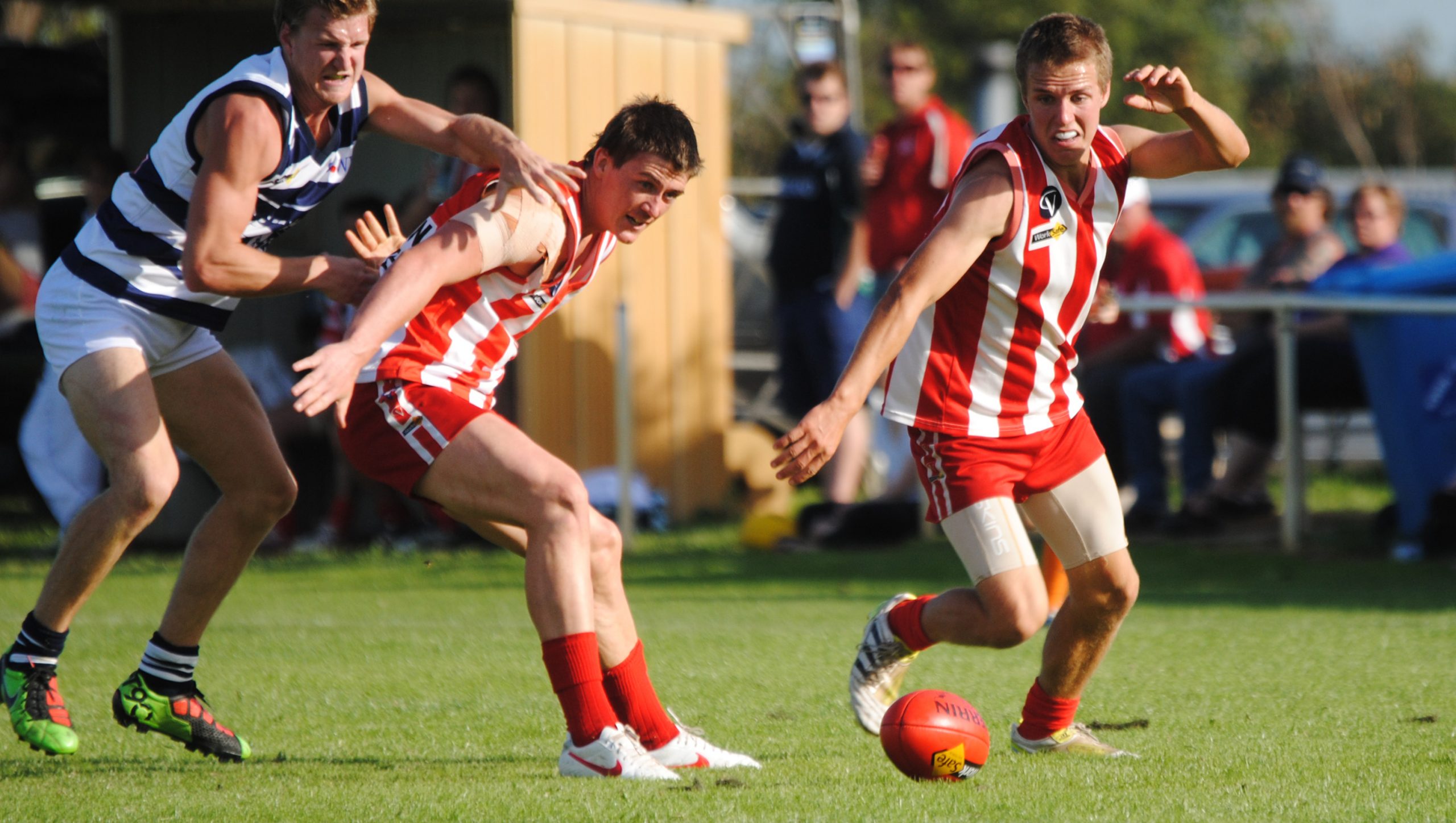 CONFIDENCE is high among the East Gippsland Football-Netball League’s seven clubs of a successful 2013.

Last season was the closest in memory with six teams in contention to make the finals with two rounds remaining.

Such was the closeness of the competition, Lucknow came from fourth place to claim the premiership.

HOPES are high of a finals berth at Stratford in 2013.

The main recruit has been Sale premiership-winning midfielder Corey Scholtes, who will add experience for the Swans. They have also attracted former Sale players David McLay and Kieran O’Dwyer.

Two other players entering the Swans’ nest are Michael Walker, who has been part of Wy Yung’s strong team of recent seasons, and Jordan Clegg from Lakes Entrance.

Jacob Scicluna has left for Heyfield.

Having struggled in the North Gippsland league, the Swans were more competitive in their first season in the EGFNL, winning six matches, though they were awarded one victory after an administrative error by Lucknow, to finish fifth.

After being in finals contention for much of the season, the Swans will be hoping to use that foundation to make the next step.

Poor discipline cost the Swans some matches, but the inclusion of experienced players should help them with that.

The Swans will sit out the first round this weekend with the bye, before matches against 2012 finalists Lindenow and Paynesville, providing a good indicator of where the list is.

REIGNING premier Lucknow welcomes back Gary Jones to the club after winning Gippsland League premierships and best-and-fairest awards with Maffra.

Jones replaces Brad Paris, who has headed to Mornington.

Came from fourth place on the ladder last season, though impacted by the loss of games due to an administrative error relating to the fielding of a junior player on permit, to win the premiership.

In a busy off-season of recruiting, the Magpies will be boosted by the addition of forward Brent Isles from Melbourne.

The Magpies will unfurl their premiership flag ahead of their home game against Orbost-Snowy Rovers.

ORBOST legend Peter Jenkins has taken over the reins at Orbost-Snowy Rovers.

The Blues struggled last year, recording wins against eventual premier Lucknow, but one of those was among the matches the Magpies lost because of off-field matters.

Led by Steve Alderton from Nunawading, the Blues have recruited well and began pre-season training in November in a bid to bridge the gap to the rest of the competition.

LINDENOW has appointed Paul Carroll as senior coach as it looks to remain a premiership contender.

The Cats would be looking to begin the season well, starting tomorrow at home against Lakes Entrance before a trip to Stratford. Both of their opponents missed the finals in 2012.

LAKES Entrance, along with Stratford, will be looking to take the next step into the finals this season.

Rod Bills will remain coach of the Seagulls, who were in the running to make the final last year until they lost their final two matches.

Midfielder Kelvin McGuinness has moved back to the area and is ready to fire, while defender Brad Cook is back after playing for Swan Reach.

DARREN Martin has been recruited as senior coach of Paynesville.

After finishing last in 2011, the Gulls surged into the finals and were in the running to finish the home-and-away season in the top two. The Gulls will be looking to back that effort up in 2013.

The Gulls have recruited Damien Ashcroft from Sale City.

KEEN to move on from a disappointing finals series, Wy Yung will again have Boo Wheeler as coach in 2013.

Despite winning the minor premiership, the Tigers did not make the grand final, falling out of the finals in straight sets.

The Tigers do have the players to again challenge for the title.