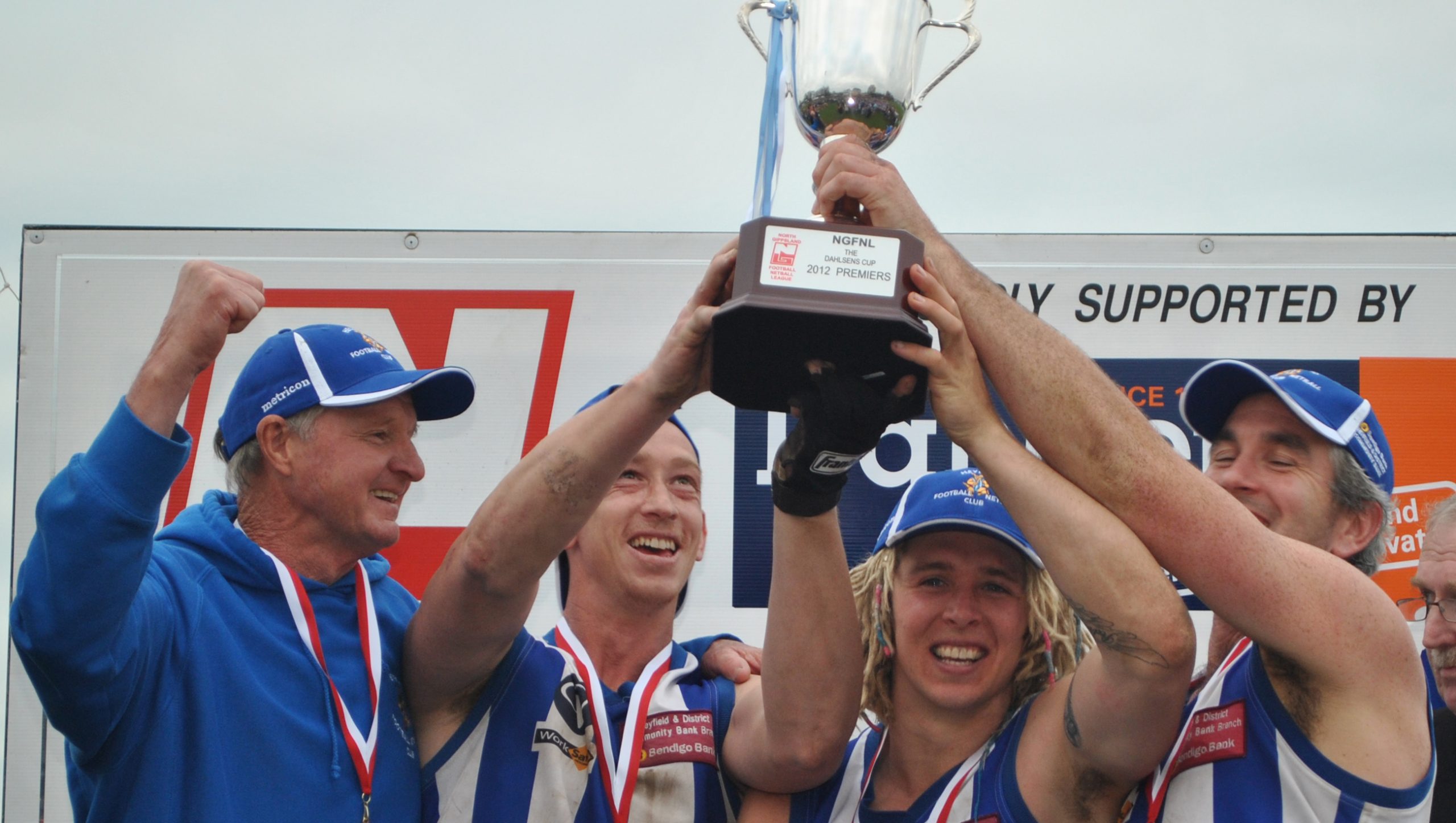 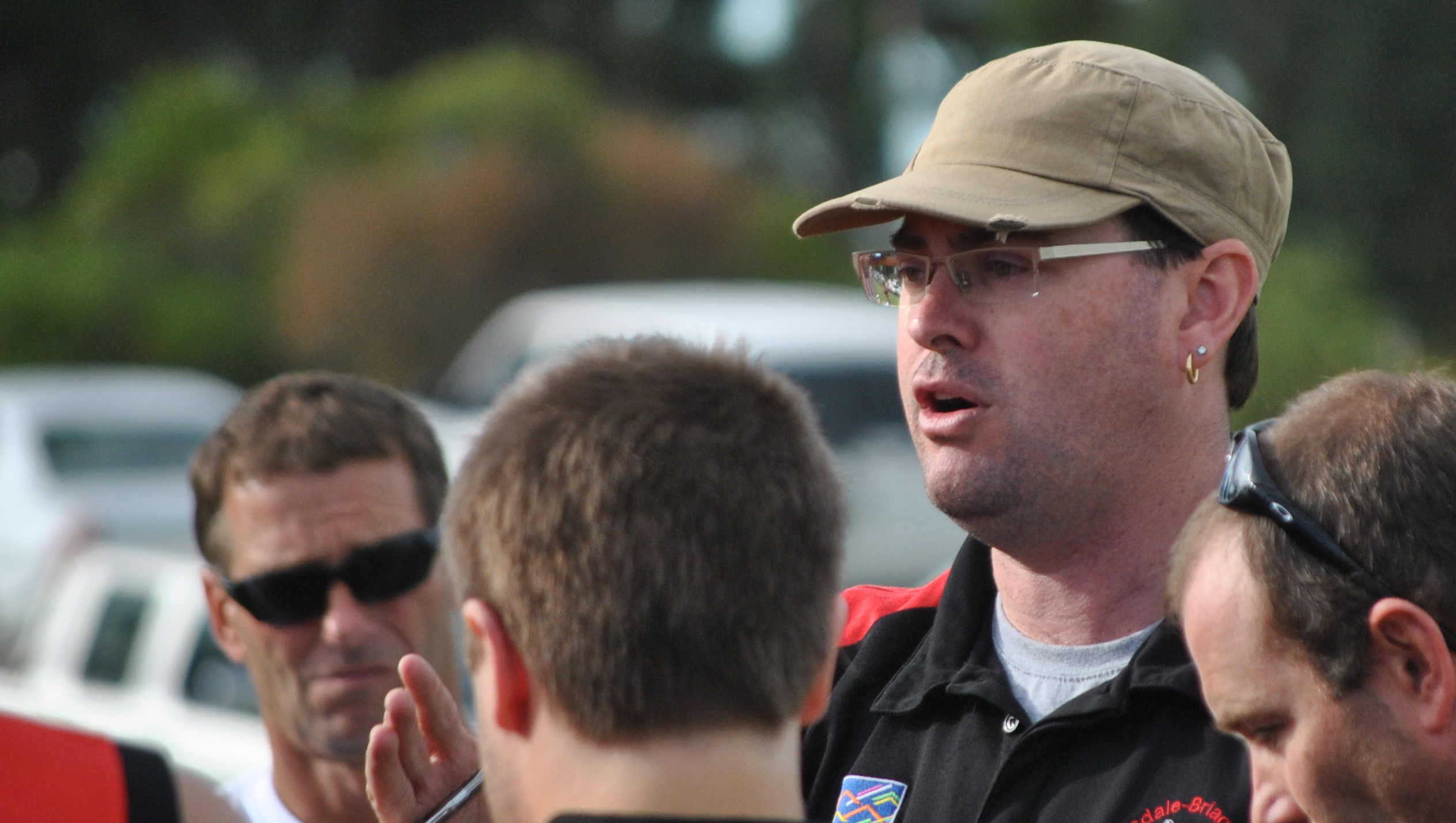 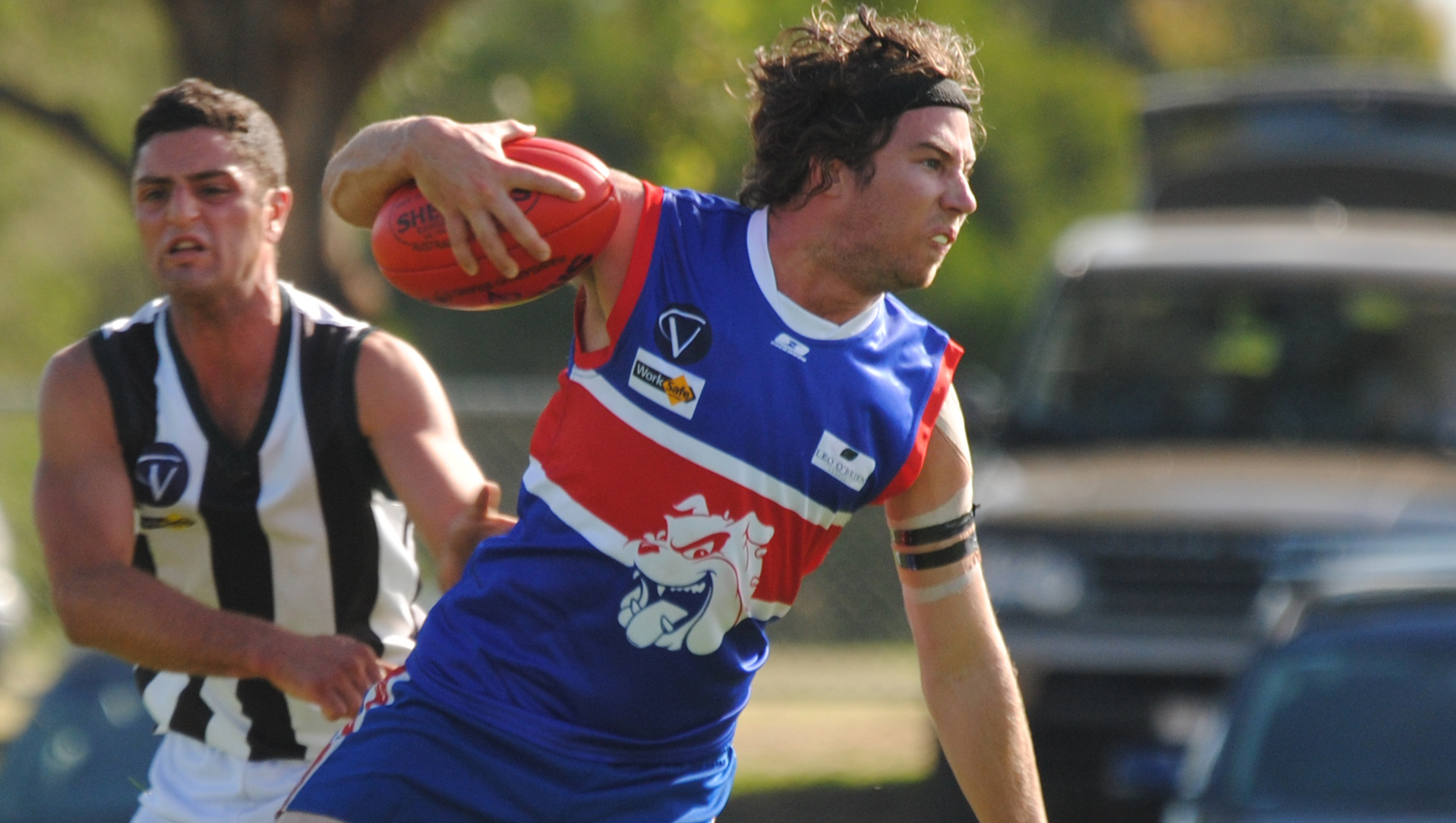 THE stage is set for an action-packed opening round of North Gippsland football on April 13 and 14, highlighted by the rematch of last year’s grand final on the Sunday.

Early talk is centring on the recruitments clubs have made, while many avid followers are tipping this season’s silverware to be the most hotly contested we have seen in recent times.

BOISDALE-Briagolong coach Daniel Sandeman knows 2012 wasn’t a memorable one for the Bombers.

The telling point for the baby Bombers was their loss to Woodside in round 13. It was at this point Sandeman decided that instead of playing catch-up in the competitive recruiting game, the club would get the jump on the opposition.

“We decided at that point that we needed to get the jump on next season’s preparations,” Sandeman said.

“We looked closely at the direction that club wanted to take and we acted on things early. We made a note of the key position players that we needed such as a key forward and defender and some good on-ballers and went from there.”

The Bombers have done well to recruit the right mix of player to help them rise up the ladder.

“We have done well, we have recruited five instant senior footballers – a quarter of our team – to add the likes of premiership Sale centre half-forward John Gooch, midfielder Josh Kennedy, Maffra’s Brad Smith, James Cook and Justin Shears to the side will certainly bolster our line-up,” Sandeman said.

“We had a few guys out last year that had played key roles the previous season and we certainly missed their skill and influence so it is great to have John Burge, Kaine Allen and Adam Helmke back.

“I certainly get how far away we were last year, it’s great to have secured young players with senior experience who have come from a winning culture and it will certainly benefit where we aim to get to but we still have a way to go.”

Not one to step away from a challenge, Sandeman wanted to stick with the club and work towards turning the club’s fortunes around.

IN a first for the NGFNL, Churchill will have joint-coaches with former coach and dual league best-and-fairest Leigh McDonald joining Tim Darby.

The Cougars have made it known the failure to make the finals last year for the first time since returning to the competition in 1995 was viewed as a disappointment by their standards. One thing is certain, the Cougars will only view a finals berth as a pass mark.

With the club’s list boasting the depth and ability to shape and push deep into September, expect the Cougars to have finetuned their game plan and be ready to assert their authority on the competition.

The Cougars will have a tough round one hit-out against Cowwarr.

COWWARR endured an indifferent 2012 before being knocked-out in the first semi-final.

This season, league best-and-fairest and club stalwart Luke Cooper will take over the reigns from Cory Bannister.

While there are some potential loses of a number of key players, don’t be deceived. With the list another year older, the Saints know the premiership window is open now, and with that comes the expectation of big things in 2013.

With the disappointment of past seasons still in their mind, Cooper will warrant success and push his charges to making another tilt at glory.

GLENGARRY coach Ryan Potter was confident that with a solid pre-season and a number of recruits adding depth, the Magpies were set to be again among the top of the pecking order.

Elimination during the first week of finals last season has spurred many at the Magpies during the pre-season.

“Like every side our goal is to play finals,” Potter said.

“We are in fortunate position that we have been able to keep the majority of our list and we have a number of kids from our thirds list coming through the ranks who will be blooded into the senior side with several others who are still eligible to play thirds to be given the opportunity to play at the highest level.

“We know that we should have done better then what we did last year, and the first five rounds of the season will provide us with a solid hit-out and an indication as to just where we are at having drawn four of last year’s finalists.

“We want to get a first-up win, but know that it is going to be a challenge against Sale City, realistically if we broke even with our win loss ratio after round five I would be happy with that.”

NEW non-playing coach Luke Henderson was fully aware it isn’t going to be easy at Gormandale, but expected big things from his new look side.

A Tigers assistant coach last season, Henderson recruited a number of former players to return what he described as the “Gormandale spirit”.

With former captain and league best-and-fairest Daniel Domaille, Adam Jaensch, Brendan Solomon and Andrew Winter back, the clubs depth has certainly been bolstered.

“At this early stage of the season I am being realistic, I would expect us to finish around the five to seven mark on the ladder. The inclusions into the side should see us being more than competitive,” Henderson said.

“The reality is that we won two games last season, and lost by some huge margins, I am confident that we can improve on our win-loss ratio and begin to build a side back to where the club has been in the past contesting finals.”

PREMIER Heyfield looks to again have a strong list, which remains relatively unchanged and may see the Kangaroos win back-to-back flags for the first time since 2000.

To ensure the Kangaroos are in contention to go back-to-back, they have astutely recruited during the off-season.

Coach Adrian Cox was hopeful if his charges continued to work hard and get the basics right, they should remain in the top five.

“We had certain areas where we need to improve, and we have targeted players to the club that can address these gaps,” he said.

“We haven’t recruited anymore than opposition clubs, we have got some quality recruits and may have a few more signings to come.

“There were areas where we didn’t have enough depth, so to secure key position players down back in Scott Anderson and Josh Stubbe will certainly strengthen the side.

“We have some good depth at the club, I challenge the fringe players to continue to improve which they have shown over the preseason and they certainly are putting the pressure on the senior guys to work hard for their spot.”

WITH coach Damien Birss’ return to his former club, Heyfield, and many superstars moving to neighbouring leagues, Rosedale‘s resolve will be tested under new coach Nick Leechino.

The dominant side of 2012, the Blues’ premiership dream came crushing down during the third quarter in last year’s grand final.

Leechino, who makes a return to the club where he played in their last premiership side in 2001, has secured personnel to fill the void of the departures.

“We have had a few departures, pretty big ones (such as Ross McDermott, Justin Emery and Craig and Daryl Mayman), many know that our midfield has taken a hit which has hurt a little, but I am confident that the guys that we have got to replace the void will do just as well,” Leechino said.

“A mixture of new recruits both experienced and exciting young talent will go a long way to boosting the list which remains relatively unchanged.”

THERE has been a changing of the guard at Sale City with dual premiership player Joel Brayshaw taking on his first senior coaching role.

While there is a list of key departures, such as Jake Schuback, Nick Hider and Jake Milham, Brayshaw was confident the Bulldogs could again challenge for the flag.

“We have lost a fair few, but we are confident that with the addition of a number of recruits and the depth that the club has built in the junior ranks will help fill the void and that our best footy will still see us competing with the top sides,” he said.

“The foundations have been laid in recent years, however we have made a few changes that we will have to work on such as not overusing the footy as much as what we have.

“We haven’t got the superstars this year so we need to look for a real team effort that supports one another.

“I believe that we have the ability to play finals footy and certainly that is our aim, but with such a young side you have to be prepared for the ride that we will take. We would like to say that we will win the games that we are expected to and perhaps sneak a few upsets in there as well.”

AIMING to play finals footy for the first time since its 2004 premiership, former coach Matt Stolarczyk has returned to Traralgon-Tyers United to address “unfinished business”.

“I have made some early changes since taking over, among them the addressing the culture of the club which has changed quite quickly,” Stolarczyk said.

“I have been fortunate in that I have had a great response from many of the guys that I coached back in 2008 that have left the club and have now returned. Those inclusions along with other key recruits will compliment the current list.

“We needed to bring in some bigger bodied guys, along with adding some experience to the list which will compliment on field leadership and aid in developing the younger players.”

WHILE Woodside has signed some big recruits, like Rob Michaelides and the return of Justin and Clint Staley, new coach Chris Pettitt was not going to make any big calls about the new look Wildcats.

“We’re hoping to improve, but I am not ready to make any brash statements this early on,” he said.

“Being new to the league it’s hard to know where not only we are at as a side, but where the opposition is at. When you are associated with another league you don’t tend to pay much attention to other leagues and sides.