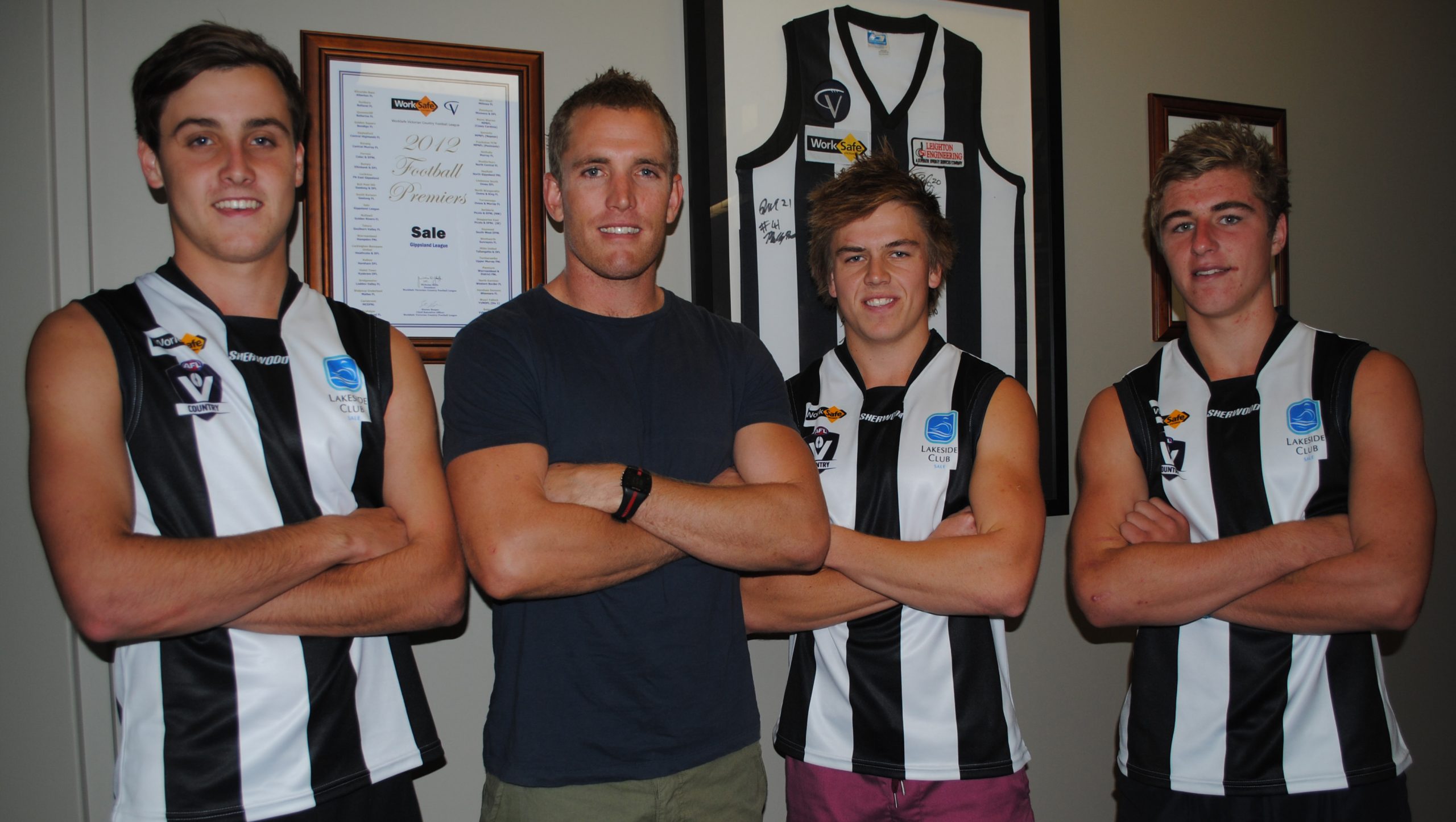 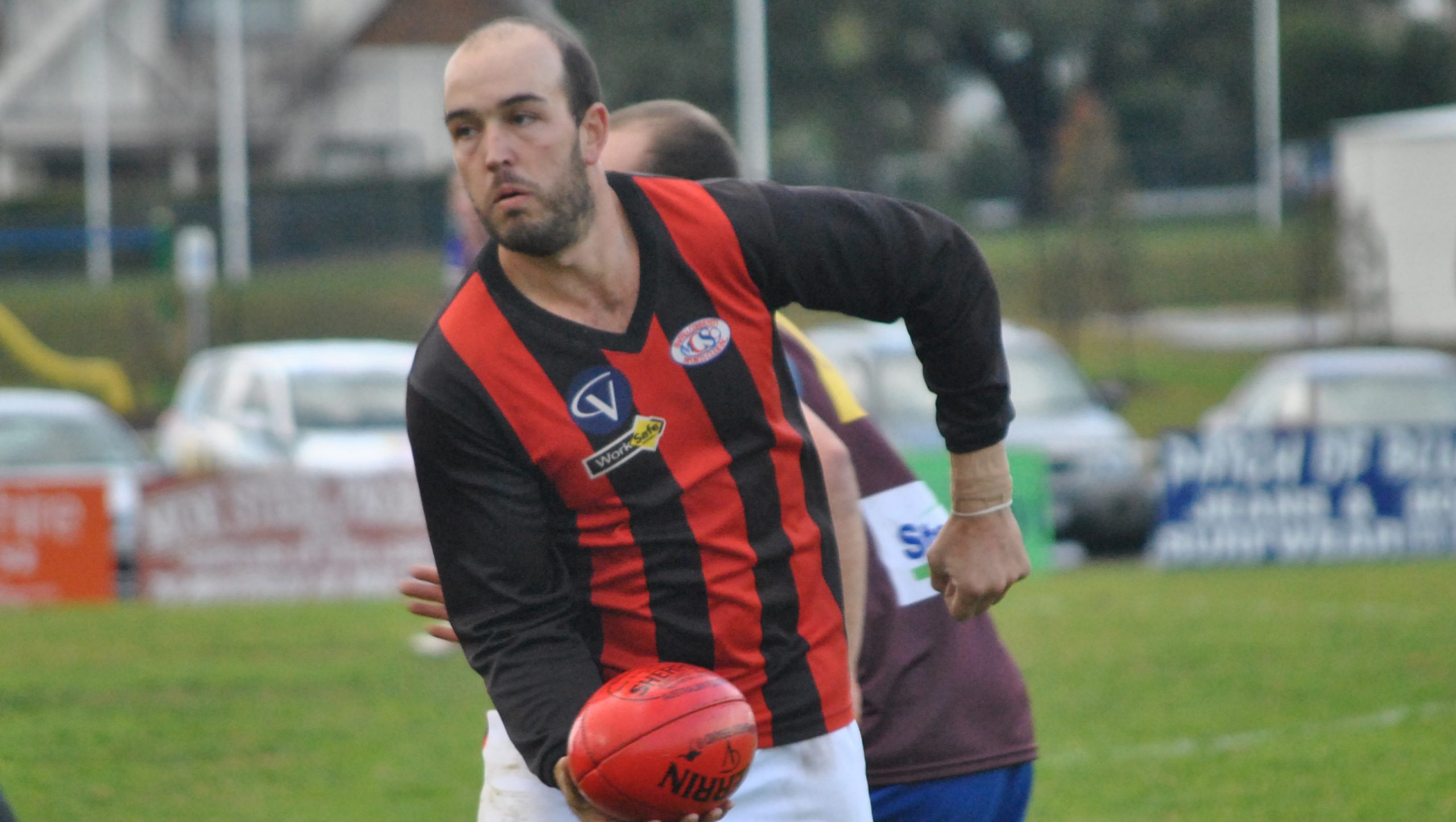 ANOTHER intriguing season of Gippsland League football begins this weekend, with nine teams ready to displace Sale as premier.

The Magpies were clearly the best team last season, losing only one match, but they are set to be challenged, with most teams having attracted quality recruits.

PREMIER Sale should again be in premiership contention this year.

The Magpies were strong across the field last season, being the only team to score more than 200 points during the home-and-away season and to concede less than 1000.

Six Sale players were included in the 2013 team of the year, Shane Fyfe, Jordan Dessant and Ryan Pendlebury rewarded for being part of the league’s toughest defence, while league best-and-fairest Luke Collins and Kane Martin were named in the midfield, with leading goal kicker Matt Ferguson also in the side as well as coach.

Ferguson enters the season having been part of the St Mary’s team which won the Northern Territory premiership.

Rowan Bell and Michael Walsh have also joined from the Bulldogs, while the club is in discussions to have former Magpie and St Kilda player Jason Gram make an appearance this season.

The Eagles have lost Gary Jones, who will be coaching his old club Lucknow, and Josh Stubbe, who has returned to Heyfield. Both have provided plenty of run in recent years. The Eagles could also be missing Jack Tatterson and Sam Walker.

Hayden Burgiel remains Eagles coach and is set his play his 200th senior game in round two, a milestone which it appeared he would never reach after battling a knee injury.

Burgiel will work alongside Ben Batalha, Kel Porter and Ben Coleman to work the ball out of defence and through the midfield.

Knox recruit James Hammill will be added to the midfield mix.

The forward line, already including Daniel Bedggood and Adrian Burgiel, has received a boost with the recruiting of Darren Sheen, who kicked 71 goals last season for Heathmont in the Eastern Football League, and small forward Jake Meyer from Belgrave.

Former Essendon player Andrew Lovett will play for the Eagles in round two against Bairnsdale, with more appearances possible.

SHAUN Mooney is back as Bairnsdale coach after two years away coaching Corowa-Rutherglen in the Ovens and Murray league.

Mooney led the Redlegs to East Gippsland premierships in 2009 and 2010 before heading north.

After winning eight matches in their return to this company in 2011, the Redlegs could only taste victory five times last year. Last season was a disaster, with the Redlegs sacking coach Alister Ford following a 176-point thumping at Sale in round 10, but were able to match their eighth place finish of 2011.

A lot will rest on the leadership group of James Gibbs, Kane Ashwood, Xavier Ryan and Luke Dyer.

Matt Busch from Lindenow could help in attack.

The Redlegs will be looking to the members of their successful junior teams to step up into the seniors.

AFTER three years coaching the Berwick under 18s, Rob Johns will be non-playing coach at Drouin, replacing Ben Soumilas, who has moved to south Gippsland to continue his teaching career and coach Inverloch-Kongwak.

In a further blow, the Hawks have lost midfielder Pat McGrath to Leongatha, and ruckman Bob McCallum and former Cam De Gooyer to Ellinbank league clubs.

With the loss of many quality players, the Hawks will be relying on their juniors to at least push for a return to the finals.

AFTER narrowly missing the grand final, Leongatha will again be led by Will Thursfield.

The Parrots’ line-up has been bolstered by Pat McGrath from Drouin and the return of Marc Truscio and Tom Marriott from Melbourne.

Pat Contin, who was on the Richmond list with Thursfield, will join the Parrots.

The Parrots have lost two of last season’s recruits with AFL experience, David Gourdis to Keilor and 2012 best-and-fairest Tas Clingan, while Roy Mullens has gone to Korumburra-Bena.

The Parrots had a great double act in attack last season, with Jake Best and Dwayne Holt kicking a total of 150 goals. Chris Verboon was also good across the half-forward line.

The Parrots’ premiership chances were dealt a blow with injuries to key players last year, but only lost to Maffra by one point in the premiership final.

If they can keep their players on the park, the Parrots should again be in contention.

MOE will embark on a second season of a youth policy under coach Jason MacFarlane.

Among its losses for last year’s wooden spooner are full back Kane Airdrie and forward Ben Kerrigan to Beaconsfield, and Tom Long to the Casey Scorpions.

The biggest gain has been former Warragul midfielder Leigh Sheehan, who more recently coached Neerim-Neerim South. He will add some experience.

It is hard to see the Lions winning too many matches early in the season, but once they become accustomed to this level of football, expect the Lions to push some quality sides later in the year.

The Lions may follow the blueprint used in recent years by Warragul.

FORMER Collingwood players Tarkyn Lockyer and Anthony Rocca will make appearances for Morwell, fitting around their coaching commitments with Collingwood.

Lockyer is expected to play in round two against Bairnsdale, while Rocca in unlikely to play until the second half of the season.

The players come to Morwell due to their connection with new coach Harmit Singh, Collingwood’s community engagement officer. Singh was a playing assistant coach at Castlemaine in the Bendigo league last year, having also played in the VFL with the Bendigo Bombers and Collingwood.

Dean McDonald returns to Morwell after being delisted by Richmond after two seasons.

Forward Tim Phillips has joined the Tigers from Yallourn-Yallourn North.

The Tigers have lost former coach Brent Kerr and brother Damien and Rob Michaelides to Woodside.

Difficult to beat at home, Morwell was the only side to defeat Sale last year, with only injuries preventing it from causing damage during the finals.

After spending the 2012 season assisting his younger brother Sam at Yinnar, McCulloch will be assisted on the field by Dan McKenna and Tom McQaulter.

Former captain Leigh Cummins will return to the club, which already has quality in Jaime Aitken and Lee Stockdale.

BIGGER things are expected at Warragul this season.

Despite three years at or near the bottom of the ladder, the Gulls lifted late in 2012. Five of the wins last year came from their final six games, showing their youth may not be far away from paying dividends.

Green, who played 25 games for the Brisbane Bears, has spent recent seasons assisting Gippsland Power’s TAC Cup team after a prior five-year stint at Gulls coach.

Warragul has lost Mark Bradley, who has returned to Korumburra-Bena, but has recruited Adam MacGibbon from the Murray league and seen Nick Edney return from Neerim-Neerim South.

FOLLOWING two disappointing seasons which began with high hopes, Wonthaggi is looking to players from the Alberton league for a lift in fortune.

The Power was in the running to make the finals at the middle of the past two seasons, but missed out on both occasions. After winning nine matches in 2011, that figure dropped to seven in 2013.

Rob Railton, who was previously an assistant coach at the Casey Scorpions in the VFL, has replaced Leigh McDonald.

Nathan Bell has left Wonthaggi to return to the Bendigo club Golden Square, while Daniel Domaille has returned to Gormandale, where he has been joined by Brent MacFarlane. McDonald has returned to Churchill, where he will share coaching duties.