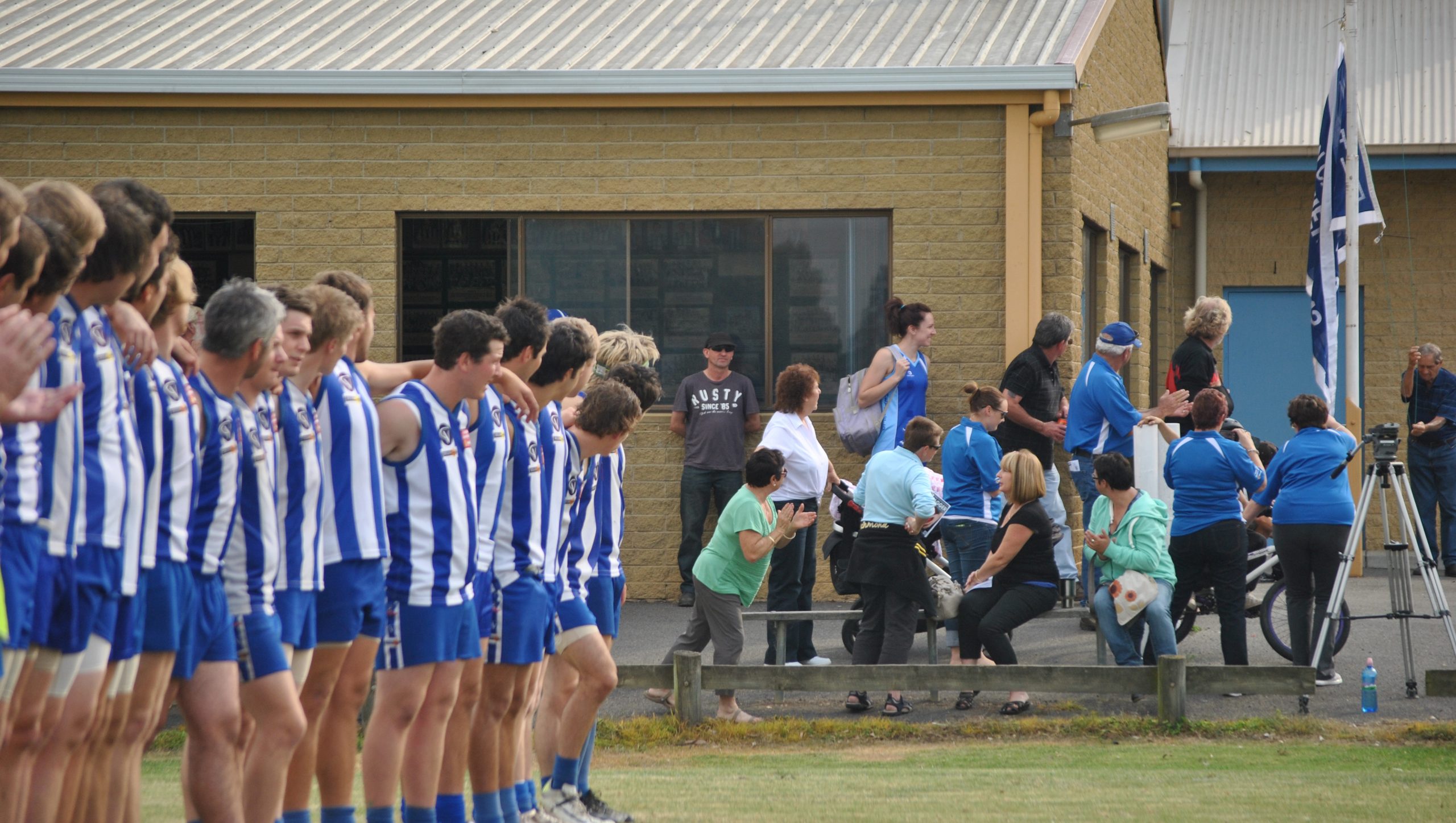 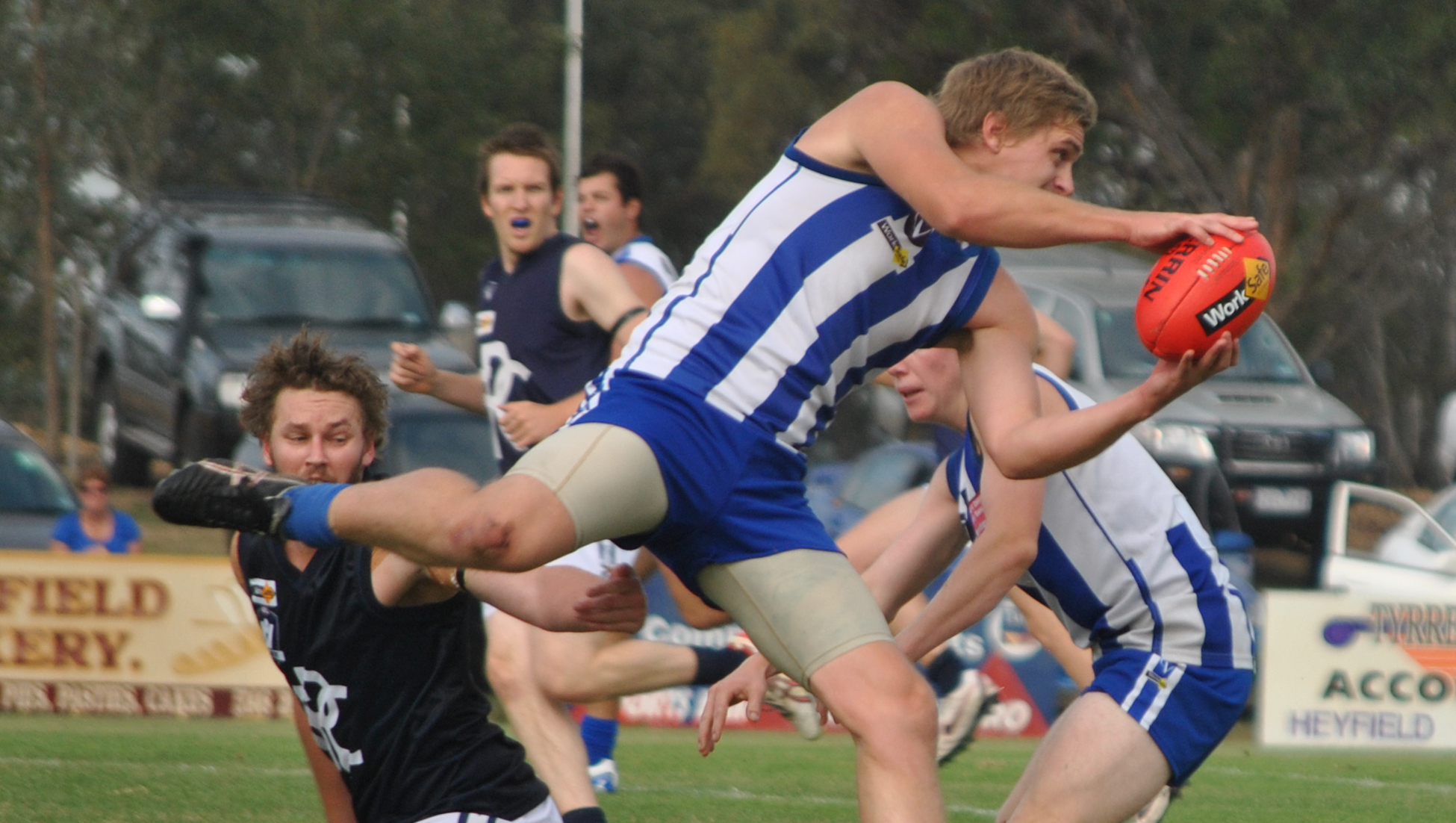 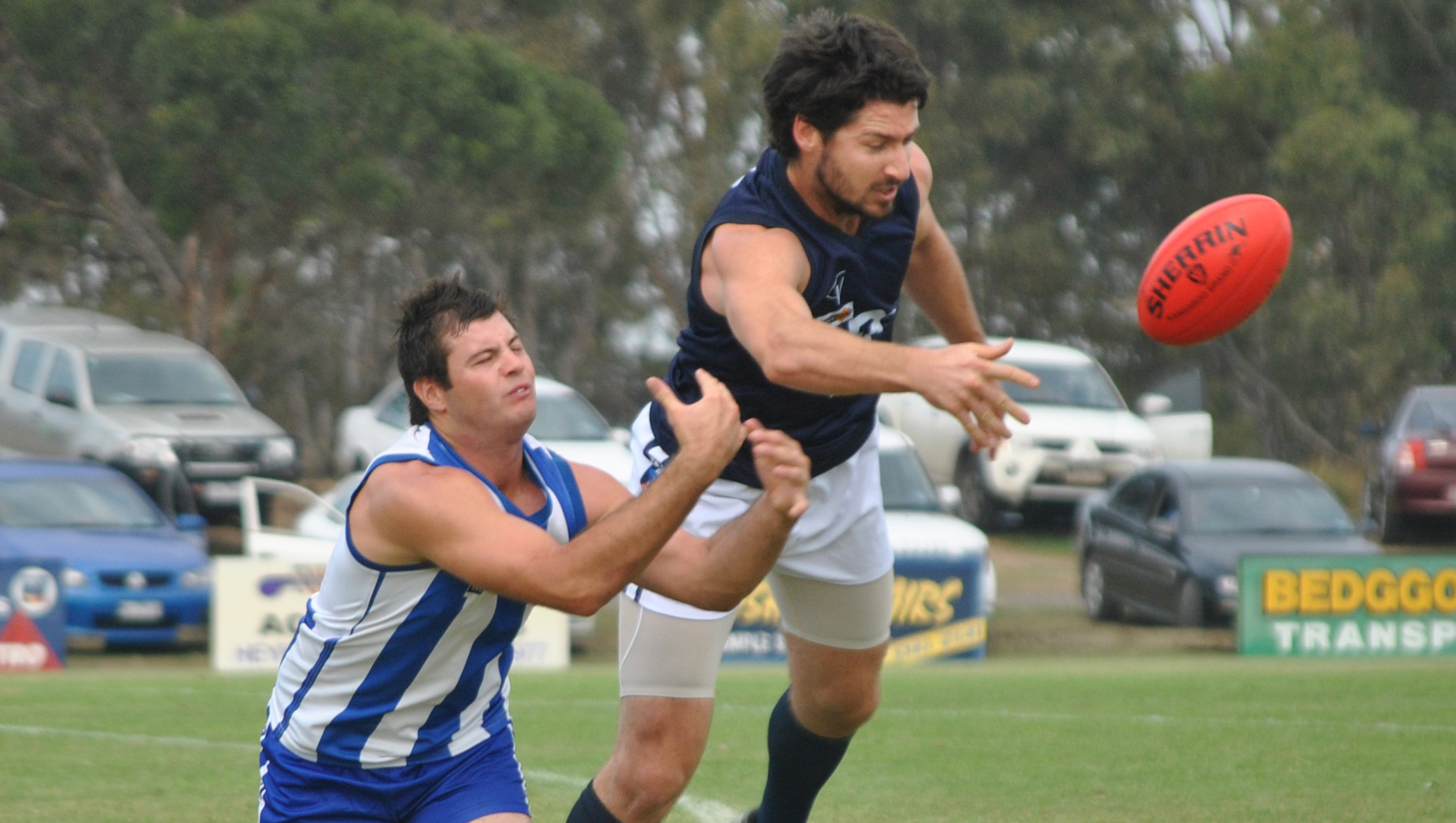 ROSEDALE prevailed after a tug-of-war style contest against premier Heyfield during the opening round of North Gippsland football on Sunday.

Seven-time Heyfield premiership player Jim Beha had the honour of unfurling the Kangaroos’ flag ahead of the grand final rematch, which lived up to expectations.

The Blues marked their intentions early slotting through the opening goal through Andrew Flanagan before hitting Heyfield in a physical 10 minutes of football.

Missing a host of senior players didn’t stop the Blues from standing tall early against their highly fancied opponents. Flanagan made it two goals on the trot a strong grab 20 metres from goal.

With its small forwards applying pressure, Heyfield rued missed opportunities in front of goal, with three consecutive behinds letting the Blues defence off the hook.

Missed shots to Jesse Leeds and Jack Woodland provided further reprieves for the Blues’ backline of Gerard Barnes, Justin Smith and Scott Johnstone, who were smothered by Heyfield’s forward pressure.

Heyfield finally got the break through goal drilling the ball from the backline through the middle of the ground to register its first major. The celebrations were short-lived as Brad Caldwell added Rosedale’s third ahead of quarter-time to level the scores.

Nathan Wellins slotted through Heyfield’s first goal for the second term on the run before Rohan Diamond mirrored his efforts at the other end.

The scoring dried up before a stellar individual performance by Rosedale’s Brad Taylor. Tight on the boundary line deep in the pocket, the dynamo midfielder snapped true.

It went goal-for-goal as Wellins added another to his tally of four before Flanagan stood tall in front of goals to put the Blues back in front.

A purple patch by Diamond saw him amass possessions, with his hard work in and around the packs awarding Flanagan another as the Blues took an 11-point lead into half-time.

Inaccuracy proved costly in the third term, Heyfield piling on 2.6 as it dominated the play.

As dark clouds threatened overhead in the final term, Rosedale kicked goals through Nic Rutter and Taylor as they looked to run away with the game.

The Kangaroos challenged first through Wellins and then Matt Goodwin, but couldn’t match the Blues in the final stages of the contest, going down 13.4 (82) to 9.19 (73).