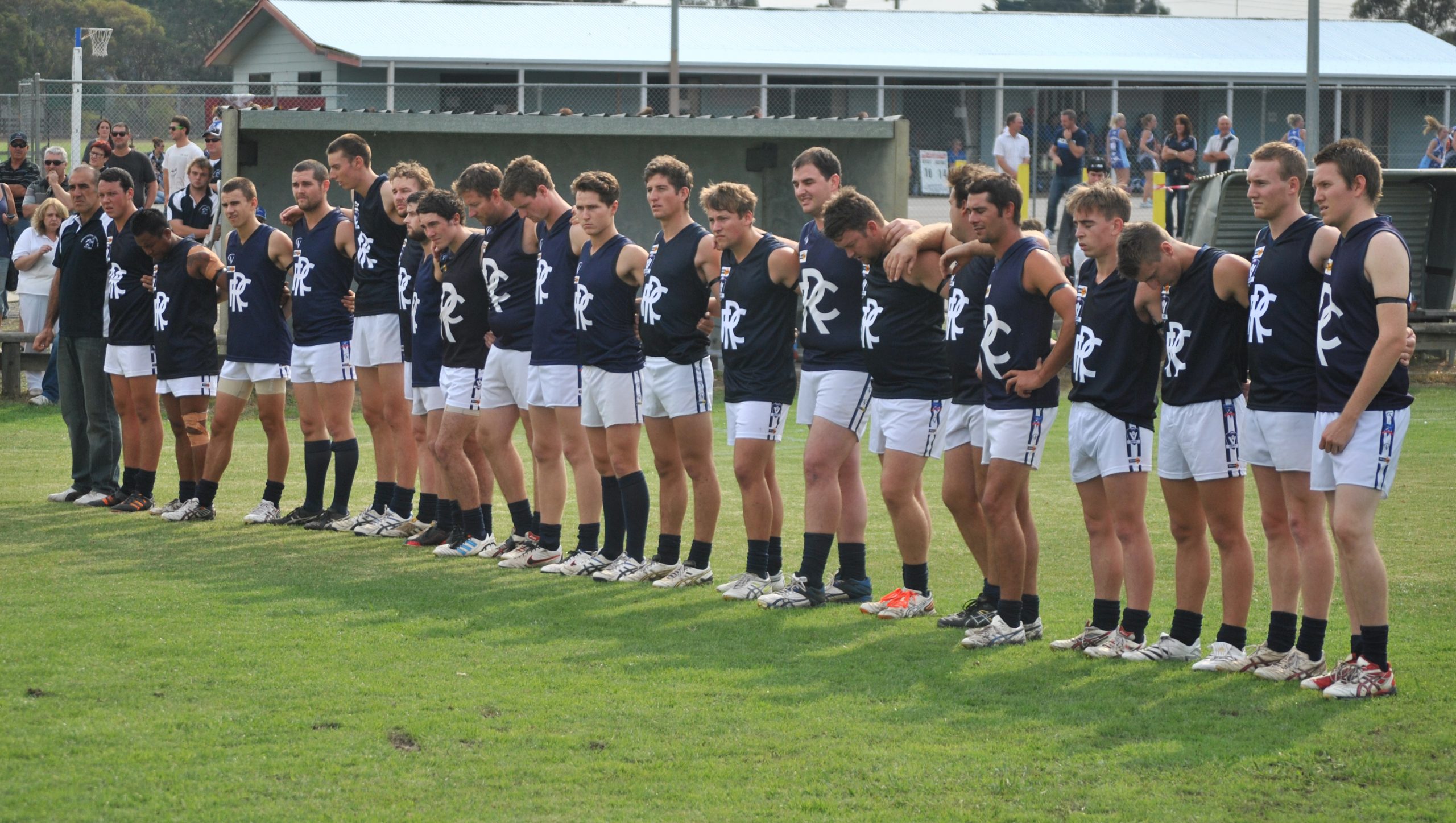 Cooper wasn’t concerned yet by the Saints’ round one performance against Churchill, noting there was a number of positives to come from the loss.

“Churchill got on top of us halfway through the second quarter, we fought back in the third but couldn’t get the goals on the board,” he said.

“Chris Stasinowsky and Tim Johnston had their chances but we missed about seven majors for the term.

“There were some positives that we can take from the game; we had a few new guys in the line-up with new recruit Jordon Sandy best-on-ground for us and we fought hard to get back into the game which was a big plus.

“We know how important it is to definitely get off to a good start to the season, but in saying that we are only one game down and someone had to lose.”

Following tough draws to begin the past two seasons, the Saints finished strongly to make the finals, but seasoned campaigner Cooper said the side could not afford to drop too many early this year, given the evenness of the competition.

It is this evenness which was clearly evident last weekend as Rosedale, missing 10 players, were able to score a spirited victory at Heyfield.

With their resolve tested by a tough Kangaroos outfit, the Blues responded to each challenge. Rosedale’s attack on the football and forward line pressure was key in securing victory and will again be required to overcome a tough Saint side.

WOODSIDE will host Gormandale in a contest between two sides who have been astute in their recruiting.

The Wildcats’ new look line-up proved the right combination as they ran away from Boisdale-Briagolong last Saturday.

Left wanting following a blistering performance by TTU, Tigers coach Luke Henderson will be seeking a lift in intensity from his charges in order to post a maiden victory this season.

There will be little let-up for the Tigers with the Wildcats’ damaging midfield and forward line set to cause more headaches.

Woodside can’t afford to be complacent following their first up win with the home side needing to deliver another consistent performance to hold off the Tigers.

FOLLOWING a promising performance against Woodside, Boisdale-Briagolong will head to Sale City, who is coming off a stirring victory against Glengarry.

HEYFIELD and Glengarry went down in narrow defeats in a round one and will be eager to avoid a 0-2 start when they meet at the Gordon Street Recreation Reserve.

AFTER beginning a new era under coach Matt Stolarczyk with a six-goal victory over Gormandale, Traralgon-Tyers United’s new look line-up will be tested by Churchill at home.