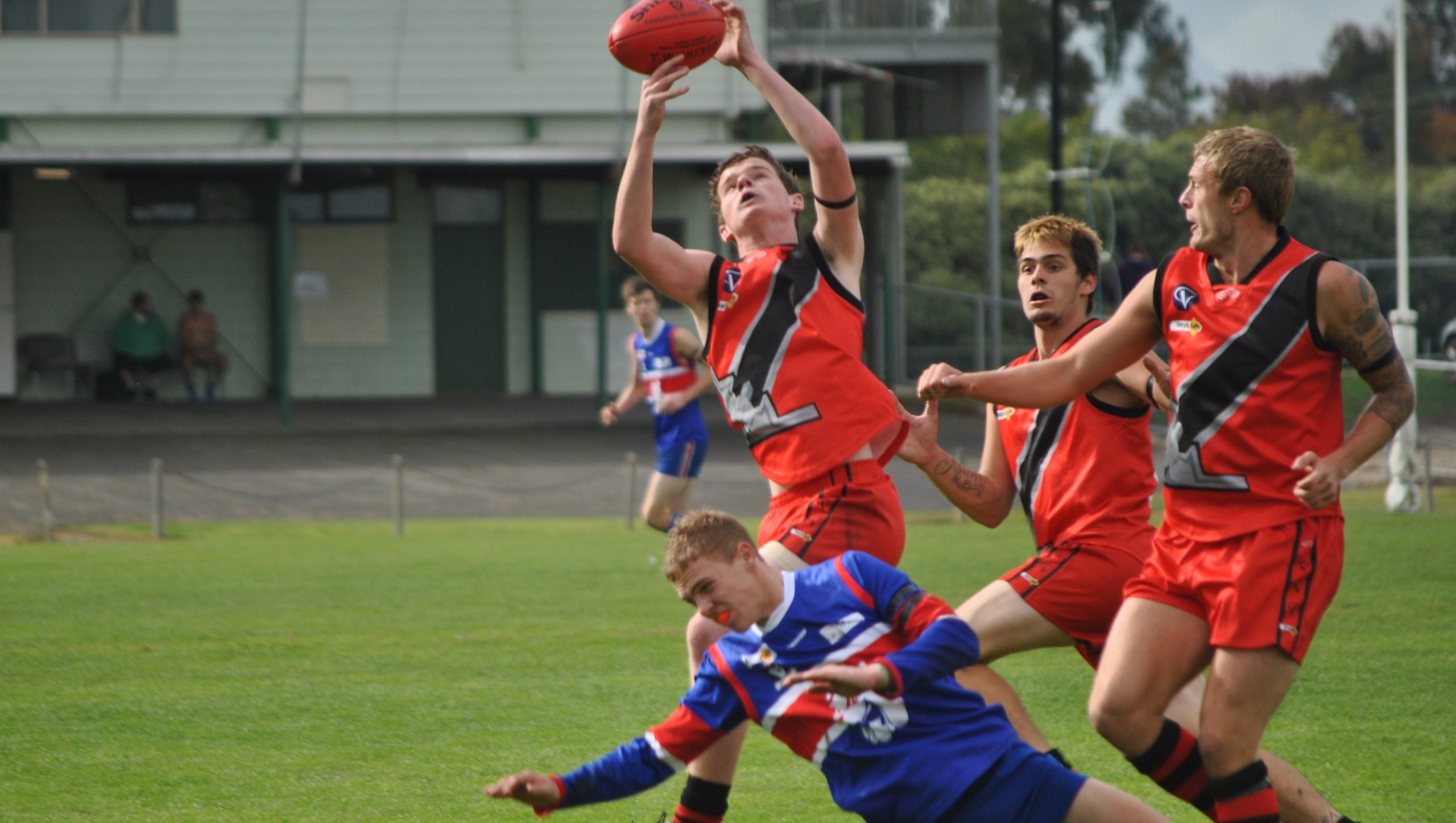 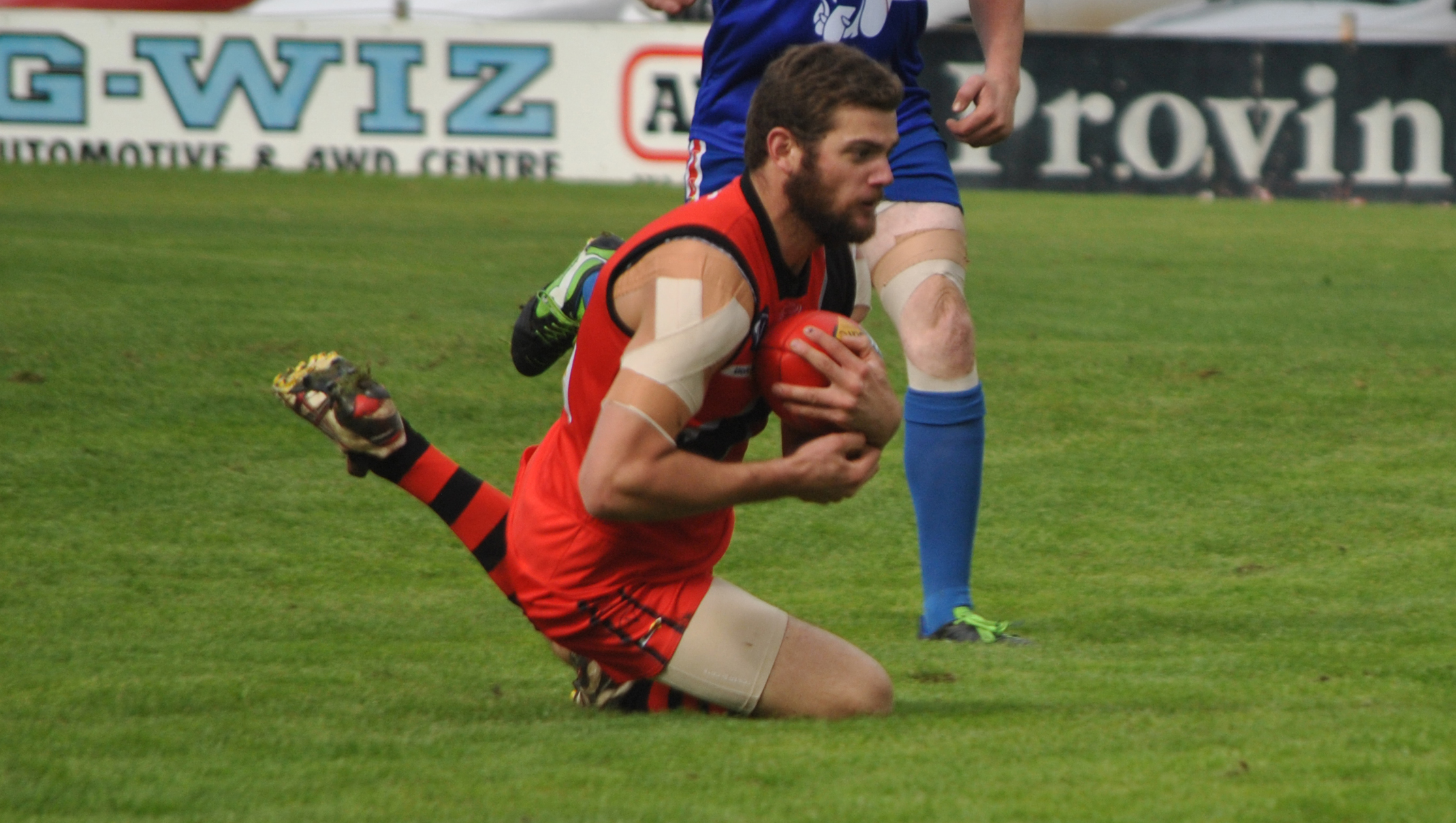 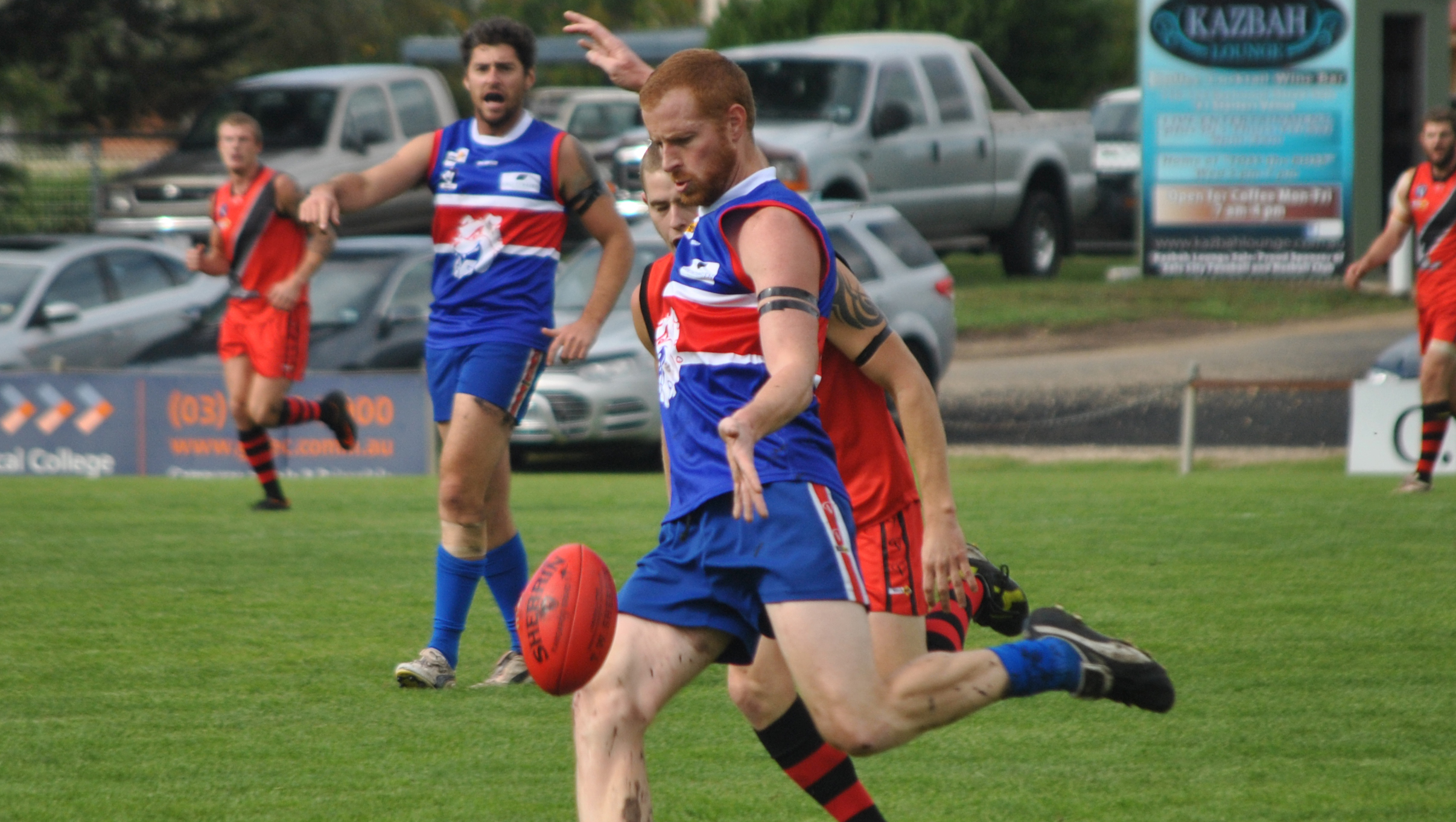 SALE City almost repeated the efforts of last week with a strong a final term almost getting it over the line at home against Boisdale-Briagolong during round two of North Gippsland football.

Leading by 38 points at three-quarter-time, the Bombers were poised to open their season account with a comfortable victory, but the Bulldogs booted seven goals to one in the final term.

The Bombers had set up their win with better use of the ball for three quarters and more accurate kicking for goal. Danny Pratt kicked seven goals, Owen Sim was best-on-ground.

For the home side, Tom Bowman and Tom Wilson were instrumental in the final quarter challenge.

WOODSIDE registered its second win of the season with an impressive 44-point victory over Gormandale.

The Wildcats overcame a sluggish first quarter with a four-goal to one third term and never looked back as the home side piled on the goals, running rampant in the closing stages to win 15.19 (109) to 9.11 (65).

Matt Scholz was outstanding in the midfield and was pitted early against Gormandale’s Daniel Domaille. Josh Griffin was a workhorse around the contests, while Brock Dyke made the most of Gormandale losing Brent McFarlene to injury during the contest to run rampant from that point with his main impact felt on the scoreboard.

Hank Norman showed his value to the team as second ruck with the Wildcats tall timber winning the contest against the Tigers’ talls.

Wildcat Adrian Fazioli got plenty of the footy, and was damaging when drawing forward finishing the match with three majors, among other shining lights for the Wildcats was the combined defensive pressure of the back six who dominated the one on one contests.

Five goals from Nathan Wellins and four from coach Adrian Cox helped the Kangaroos sink a lack lustre Magpie outfit, which failed to kicking a major until the second term. From there it didn’t get any easier, while the Kangaroos again sprayed simple shots on goal, they managed to pile on 12 goals to two in the second half.

The Magpies could do little to stem the Kangaroos’ attack on the ball.

Heyfield’s Nick Dowse was simply sublime. The pacey midfielder amassed possessions around the ground and was a catalyst in providing the Kangaroos with first touch of the ball in the contests.

Alexander Bermingham was the Magpies’ best.

ROSEDALE won a nail-biter against Cowwarr.

Little separated the sides, with the Blues leading by four points at the long change before the Saints rallied in the third term to hold a two-point lead at the final break.

The two sides went blow-for-blow in the final term with Tim Johnston and Chris Stasinowsky the go-to men in front of goal for the Saints, while the duo of best-on-ground Brad Caldwell and Andrew Flanagan lit-up the forward line for the Blues.

Caldwell and Flanagan finished with three goals each, Rohan Diamond continued his solid start to the season, while Justin Smith was the general of the backline, especially during the final quarter.

The Cougars began strongly with five unanswered goals in the first term and continuing their dominance in the second term by booting a further three goals to take a 33-point lead into half-time.

Lead by Chris Burke and Travis Brighton, the Cougars were damaging with their delivery into the forward line to the two prong power forwards Tim Darby and Brendan Holt sublime. Darby and Holt finished the match with 11 majors between them.

The Bombers, led by coach Matt Stolarczyk and captain Luke Middleton, mounted a spirited final term comeback which saw the side fall short by six points, 14.6 (90) to 11.17 (83).