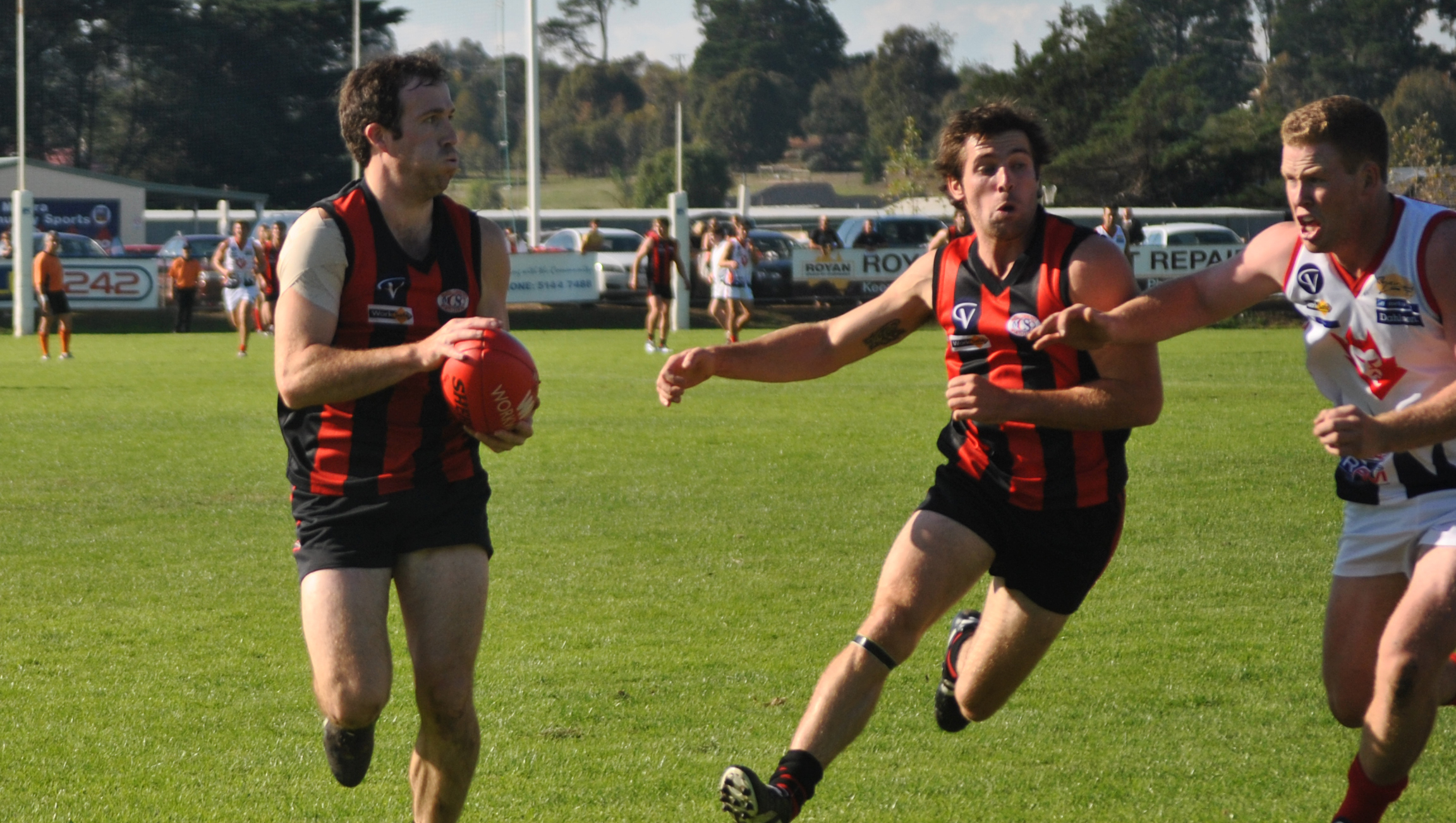 MAFFRA will need to lift when it hosts Leongatha during round three of Gippsland League football.

In a winning position at quarter-time, leading by 20 points, the Eagles were overcome by Bairnsdale in front of a large home crowd.

Ten points down at three-quarter-time, the Eagles did regain the lead regain the lead, only to lose it moments later and eventually go down by nine. The Eagles will be looking for a four-quarter effort tomorrow.

Any disappointment in the Maffra camp after its loss would be nothing compared to that at Leongatha, who only kicked two goals to lose at home to Sale by 59 points.

A match against a Maffra side eager to rebound from a loss would be the last thing the Parrots would need.

Leongatha ended a run of 22 loses to the Eagles last year. It was also the Parrots’ first win at Maffra since 1999.

Tomorrow’s match will be a rematch of last year’s thrilling preliminary final, which the Eagles won by one point.

SALE will be heading to south Gippsland for the second consecutive week, taking on Wonthaggi tomorrow.

Last weekend, the Magpies had a lack lustre start before getting their act together in the final term to defeat Leongatha by 59 points, conceding just two goals for the match.

The Magpies will meet a Wonthaggi side on a high after holding on to win at Traralgon by two points.

Sale has won just three of 16 matches at Wonthaggi, with two of those wins coming in the past two seasons.

BAIRNSDALE, coming off a terrific performance at Maffra, will host Drouin.

IN the first match under lights at Western Park, Warragul will host Traralgon in a twilight contest, beginning at 4pm.

ROUND three began yesterday with Morwell defeating Moe by 121 points.