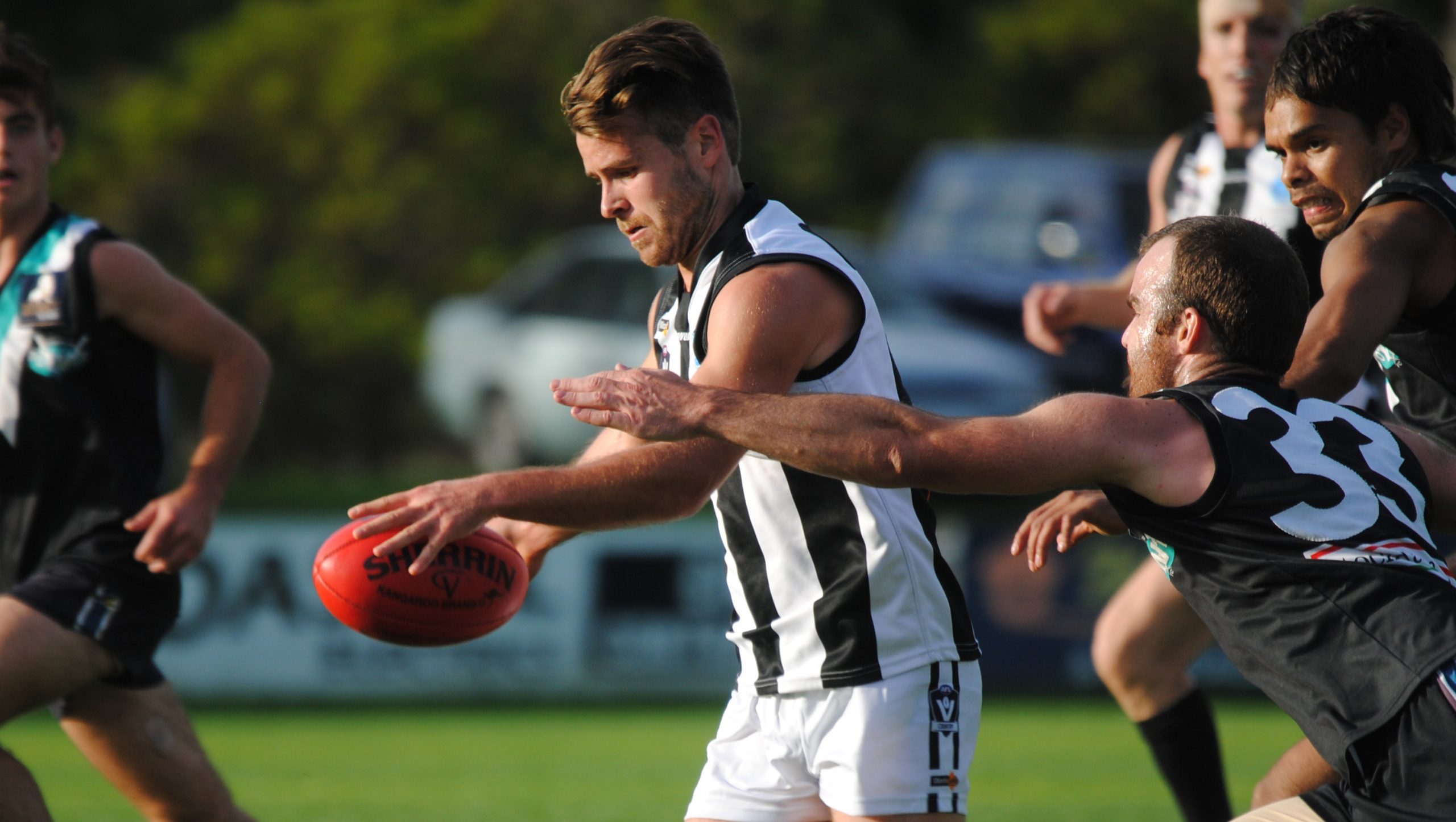 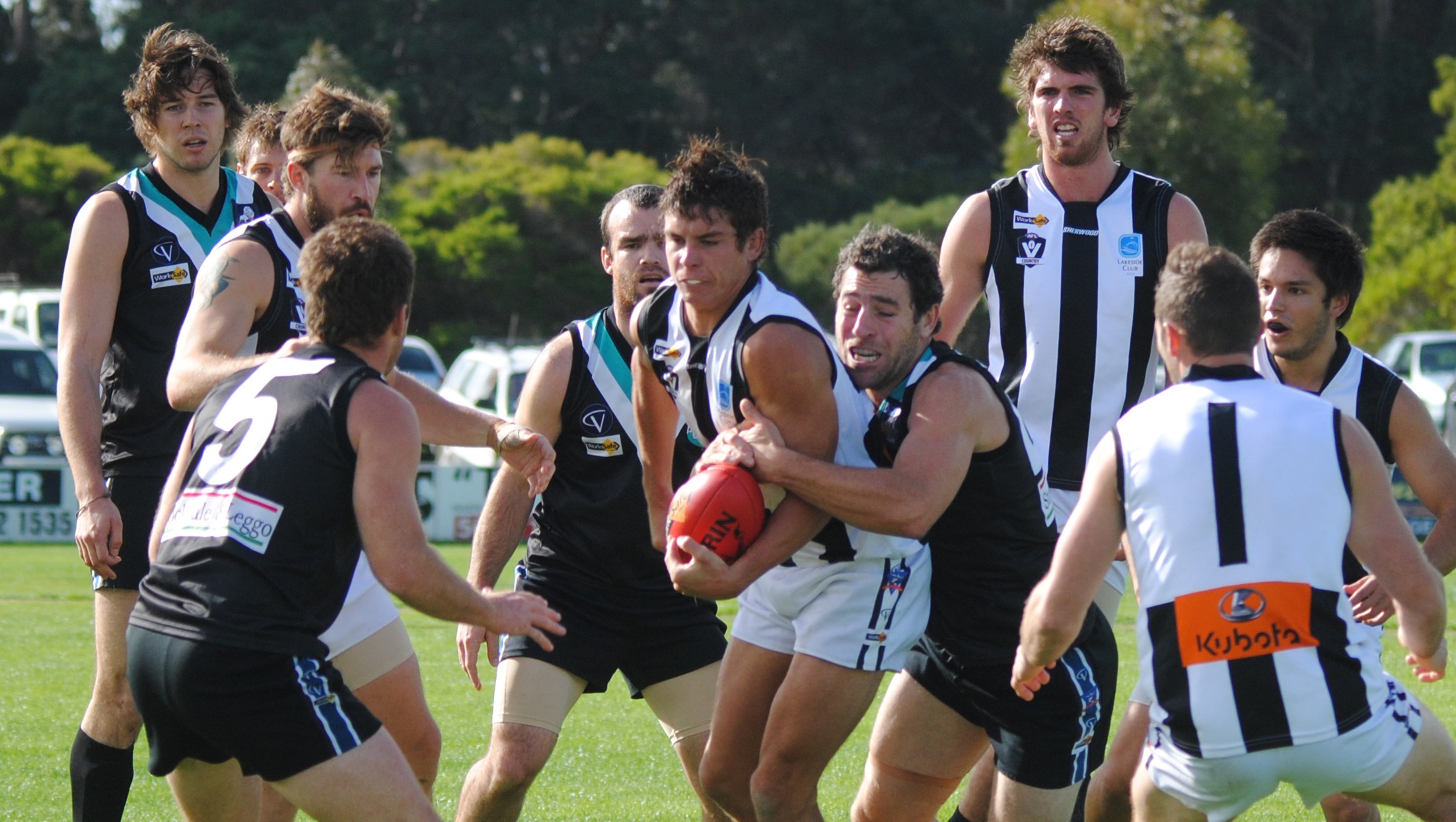 The Gippsland League premier went into the game with six forced changes, but, in a selection masterstroke, the Magpies included Rhys Carter, who last played with Sale in 2004, but is better known as a national basketballer.

Carter’s selection paid off as he, together with coach Matt Ferguson and centre half-forward Mitch Davis, formed a three-pronged high marking attack. Between them they kicked nine of the Magpies’ 12 goals.

After a slow start in the first quarter when Sale led by 15 points, the Power got on top with big men Lucas White and Earl Shaw, assisted by Leigh Warnett, Aaron Guillmartin and Byron Dryden, dominated play. The Power kicked four consecutive goals to begin the second quarter and by half time had turned the quarter-time deficit into a 20-point lead.

The Power had the Magpie prime movers covered and noticeably got first use of the ball as it out-paced the Magpies, who looked ragged at this juncture.

Sale’s record winning run of 17 games in a row looked very much in jeopardy. However it was to be a different matter after half-time as the Magpies proved equal to the challenge.

With experienced players Kane Martin and Luke Collins leading the fightback, Sale wiped off the deficit and took a one-point lead into the final quarter.

Sale’s strong defence was superbly led by Joel Wallace and Chris Laverty. These two, with help from Ryan Pendlebury, who had been quiet early, and first gamer Michael Walsh, held the opposition to two goals for the second half.

Importantly, after half-time the centre clearances had turned Sale’s way as the Wonthaggi big men tired.

The game was still in the balance in the final quarter as the home side tried desperately, but the fitter Magpies despite being off target with 3.6 for the quarter held on to win.

It was Sale’s fourth win from 17 attempts at Wonthaggi since 1995.

Following the match, Sale coach Ferguson commended his team for their determined effort particularly in the tackle department.

BAIRNSDALE proved too strong at home for Drouin to remain one win behind Gippsland League ladder leaders Morwell and Sale.

The home side kicked 10 goals to two in the first half to set-up the win.

James Gibbs provided plenty in the midfield, while Dean Jamieson was prominent in attack.

Wayne Morris and David Olsen were the Hawks’ best.

The Maroons kicked eight goals to two in the second term to lead by 60 points at half-time, but the Gulls held on to prevent the margin blowing out beyond 82 points.

Dan McKenna was the Maroons’ best, while Matt Gray led the way for the Gulls.

THE round began on Thursday night with Morwell defeating Moe by 121 points.

The Tigers led by 10 points at quarter-time before booting nine unanswered goals in the second term. The damage continued in the second half with the visitors kicking 10 goals to two, winning 25.18 (168) to 7.5 (47).

Chris McIntosh was the Lions’ best.