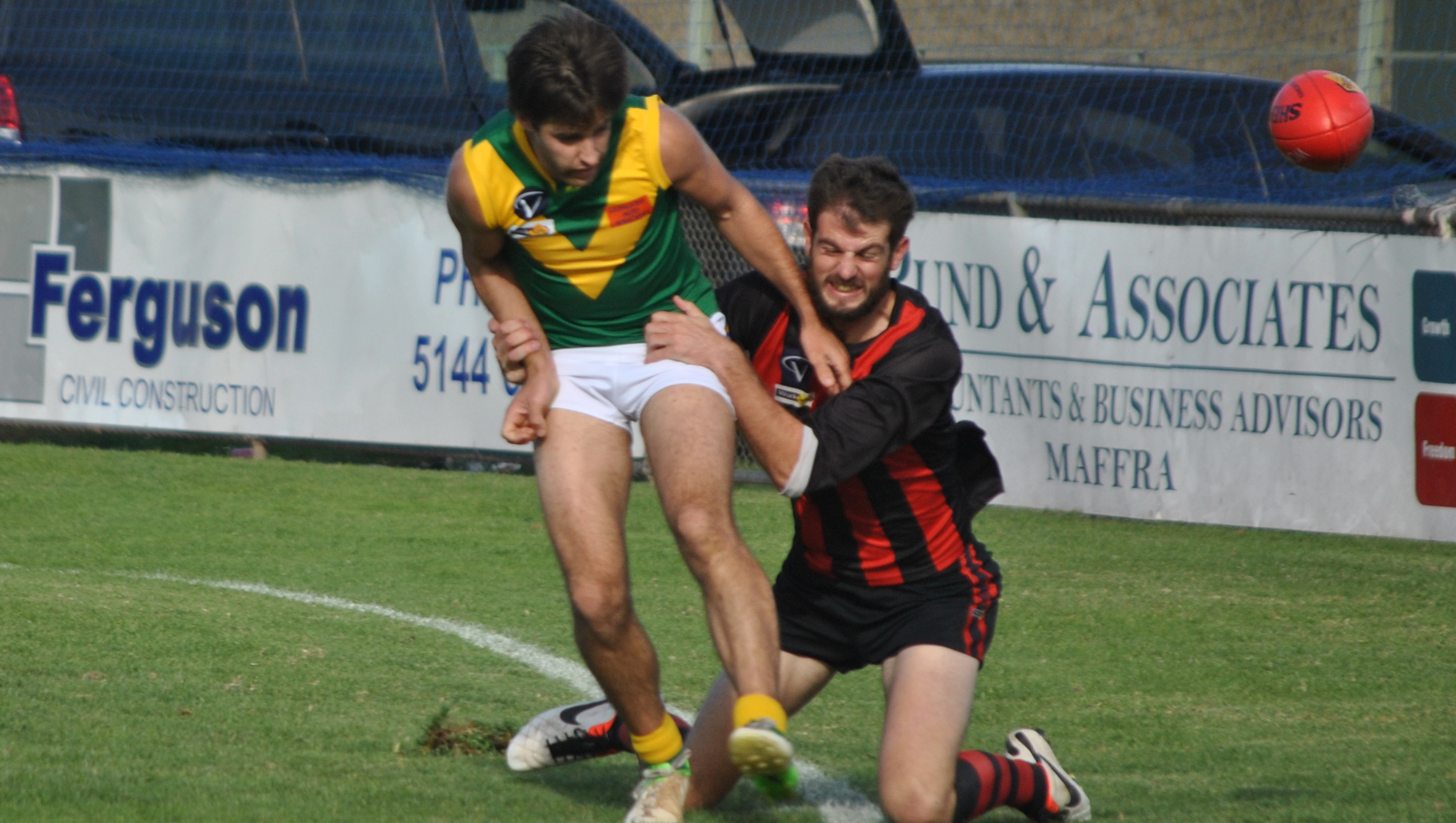 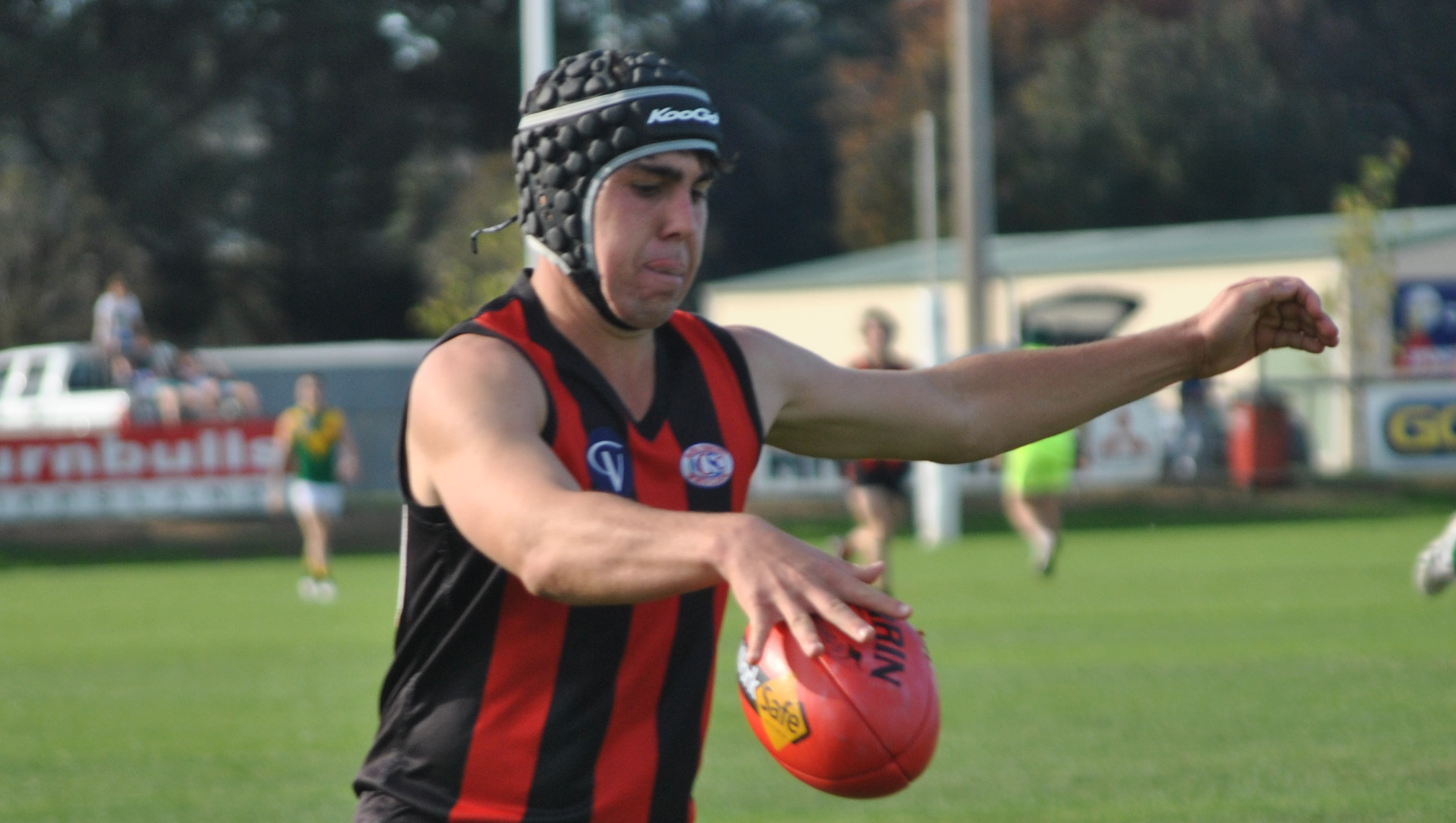 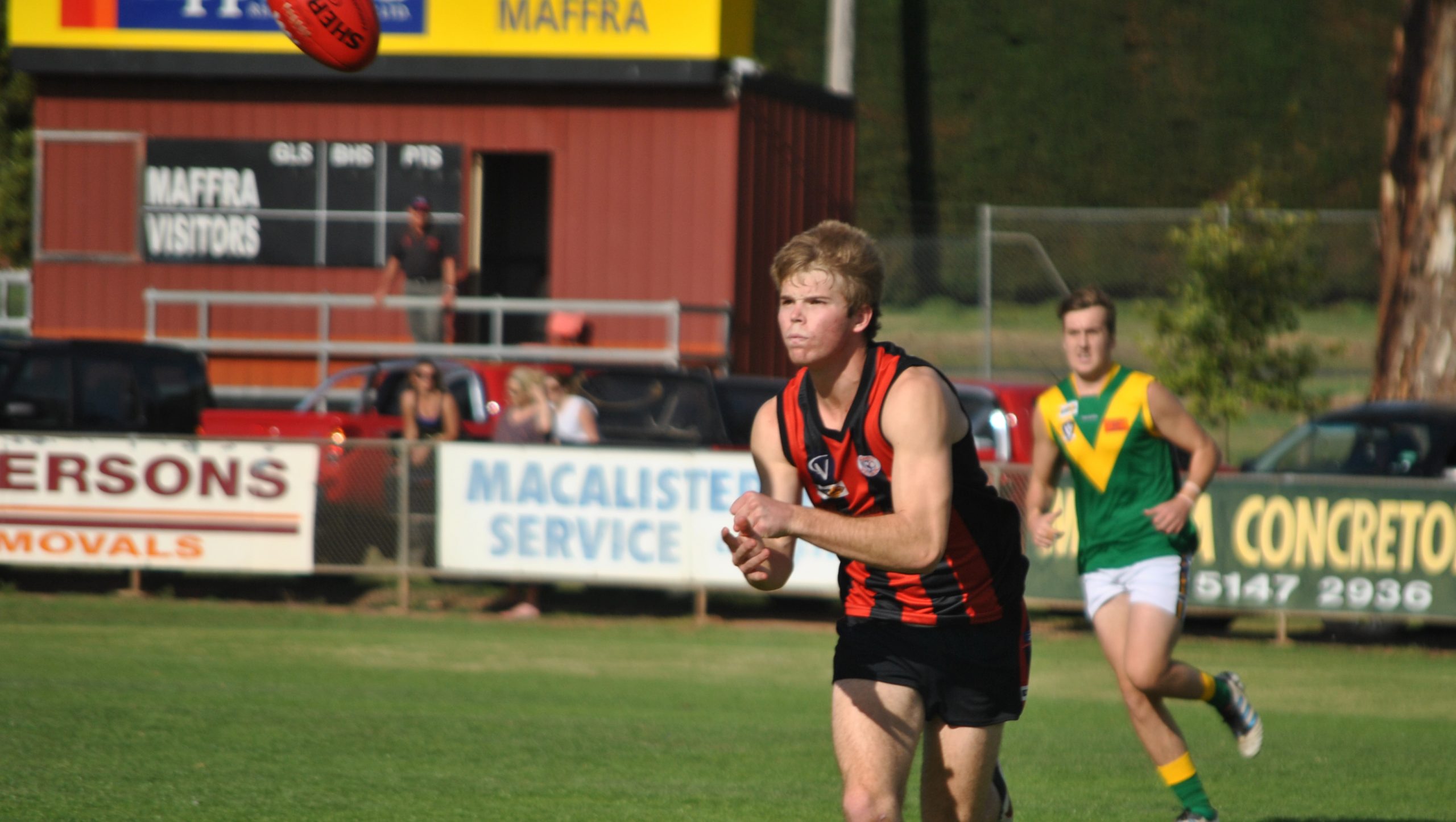 MAFFRA returned to the Gippsland League winners’ list with an improved performance at home against Leongatha.

The win came despite five changes to the line-up with coach Hayden Burgiel, brother Adrian, and Sam Bristow among the absentees.

The Eagles began with four unanswered goals in the first term, running the ball better down the ground. In contrast, the Parrots had a tendency to play on too much, causing them to the tackled after taking a mark or receiving a free kick.

The players were taking some time to adjust to the cross breeze, with Bedggood using it to snap a goal.

A Josh Davis kick from outside 50 bounced through for the first goal of the second term before goals from Sheen and Ben Coleman extended the Eagles’ lead to 38 points. The visitors kicked four of the next five goals to head into half-time 22 points down.

The Eagles booted four of the first five goals of the third term to lead by 41 points, but the Parrots responded with the next three with Chris Verboon providing a target.

Porter supplied the ball to Sheen, who took a strong mark, late in the quarter to give the Eagles a 28-point at the final change.

Two Bedggood goals effectively ended any chance the Parrots had of winning. The Eagles kicked six goals to four for the term.

Recruit Pat Contin, who had been on Richmond’s list, and Pat McGrath worked hard around the ground for the Parrots, while Cade Maskell kicked five goals.