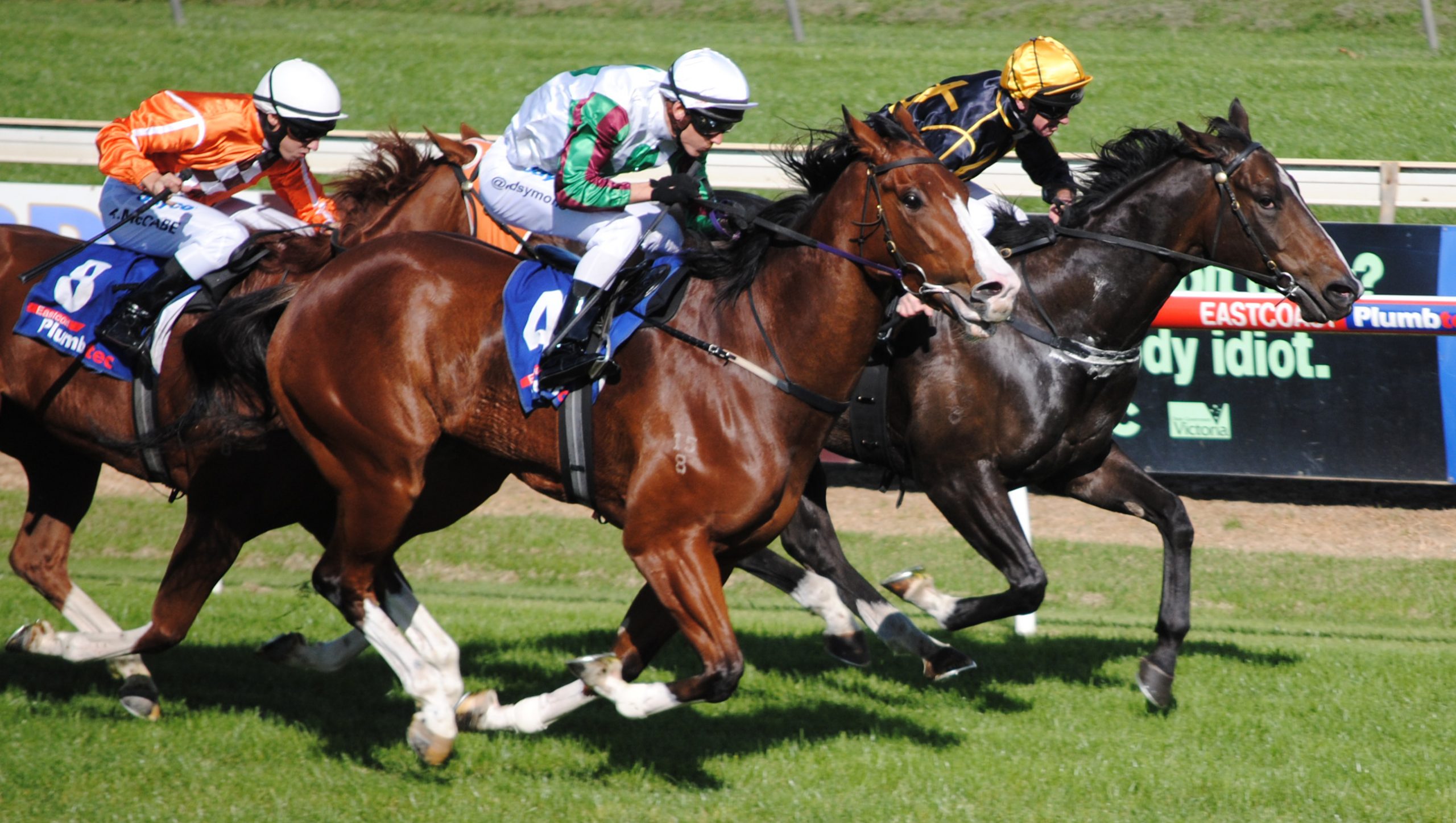 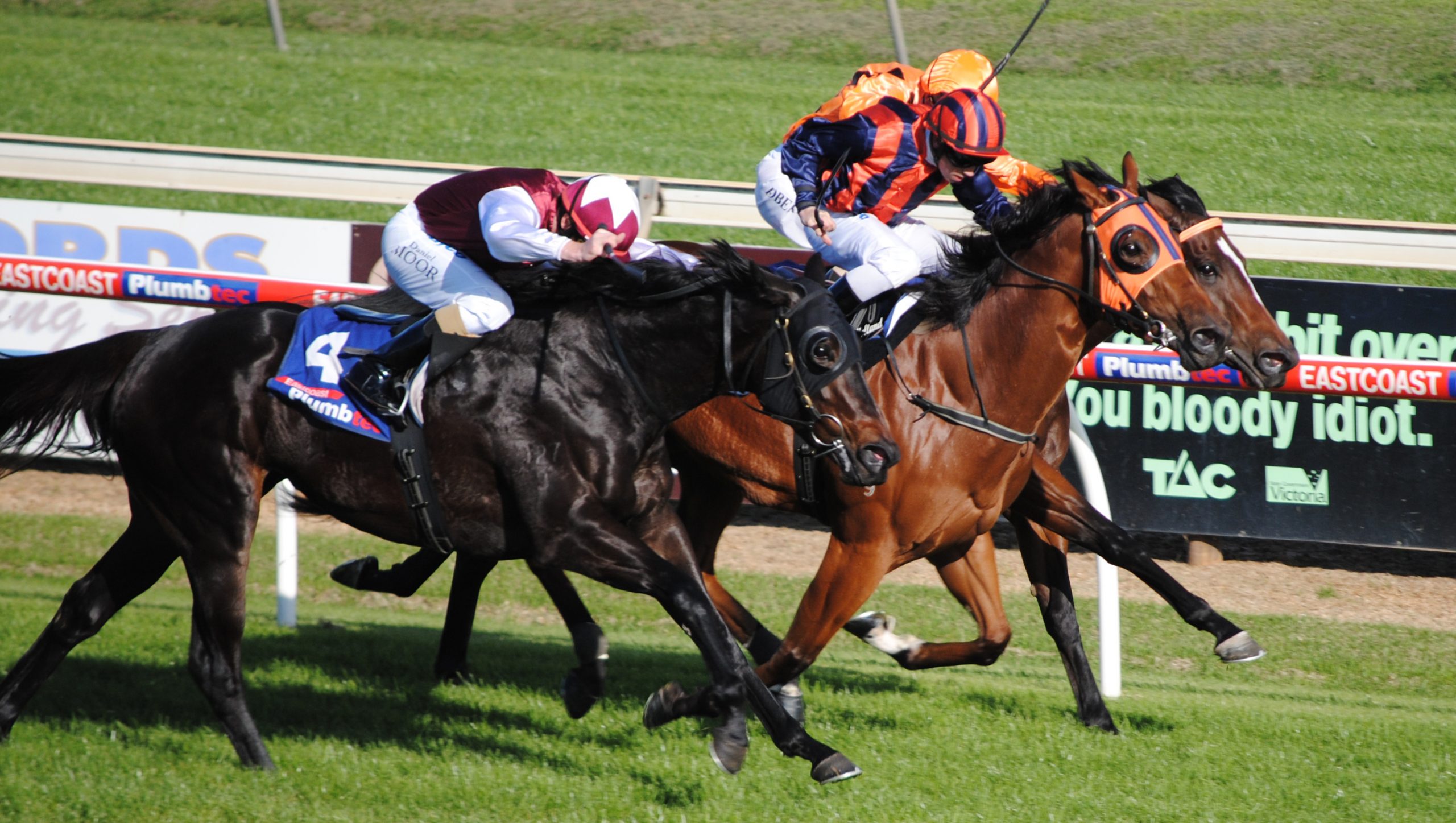 RACING was very good at Sale on Sunday despite the blustery conditions and the late scratchings which came after the track was upgraded to a good two.

It was a great day for local owner-breeders Geoff and Susie Wells, who were delighted when their four-year-old gelding Jakusie King, ridden by Luke Currie, won the 1100 metre maiden plate.

Wells, who is better known in local circles for his hard hitting batting with Collegians in Sale-Maffra cricket, has been dabbling in the racing game with his wife Susie for a few years, ever since they had a 10 per cent share in Adelaide galloper Navy Shaker, who was trained by Gordon Richards and went on to win 13 races, including listed races.

Geoff and Susie bred Jakusie on their property at Cobains, and he said the four-year-old had been impressive at race trials and they expected a good run at Sale on Sunday.

Jakusie is trained at Moe by Paul and Tracey Templeton, and the Wells’ have five more young horses in their stables at Cobains.

Late in the day local trainer Paul Worthington also got a pleasant surprise when his three-year-old gelding Artie’s Reward, ridden by Andrew Malyon, won race seven, the class one handicap.

Worthington said he was not a very good judge of racing talent after the success of Artie’s Reward. He said when the gelding began at Stony Creek on March 13, he told the jockey he did not expect much from the horse, who went on to win.

Since then, the underrated four-year-old has been placed at Bairnsdale and Cranbourne, which was followed up with the impressive win at Sale on Sunday. In four starts, the very promising three year old has not been out of the prize money.

Promising young apprentice rider Patrick Moloney continued his run of wins at Sale with a riding double, winning on Post D’France in race six and Magnus Rain in the last event.

Anthony Freedman, who brought his team all the way from Euroa in Victoria’s north-east, completed a training double winning race one with Scarlett Moreatta, who was ridden by James Winks.

Geology, trained by Steve Richards at Flemington and ridden by Dean Holland, won race five the fillies and mares 0-62 handicap.

The next meeting at Greenwattle will be held on Sunday, May 12.