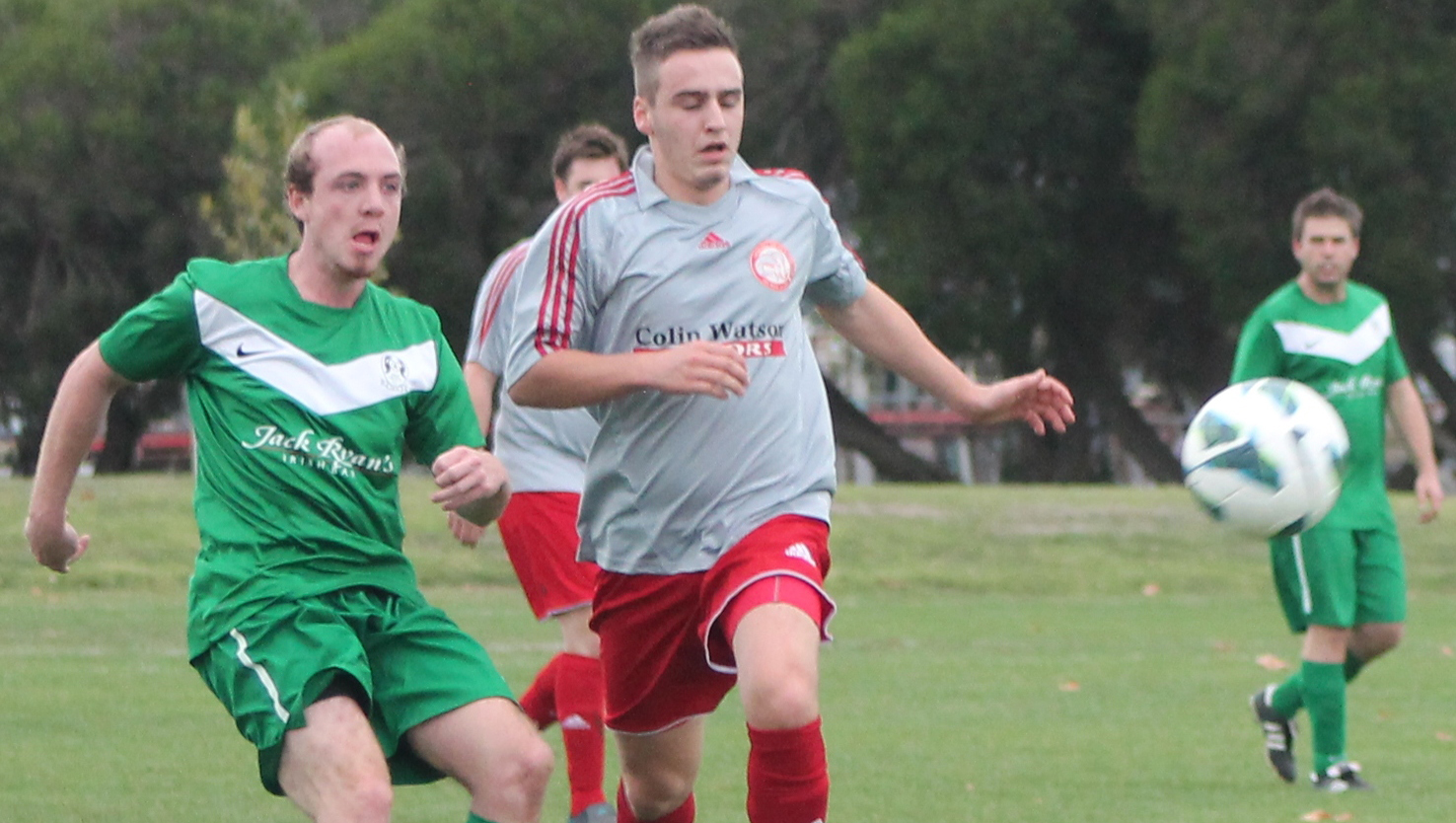 THE race for the Gippsland Soccer League Championship has heated up with Sale United defeating champion Churchill United 2-0 on Sunday.

It was just the Rams’ third league loss in as many years, while the Swans are the only side yet to taste defeat this season after six rounds.

The Swans have jumped to second place on the ladder and now sit just one point behind the Rams after fellow title aspirant Moe United slipped up to Monash, 3-2.

Churchill was missing danger man Kwaku Dade and was weakened in defence with hard man Dean Pyle also out.

In the first two minutes of the match Sale rued a missed opportunity when Chris Porto’s shot thundered against the post.

Churchill had two missed opportunities at the other end when Taylor Jackson and Tim Dawson both failed to finish.

Sale then had a goal disallowed for offside and went into the break sniffing an upset when brothers Taylor and Mitchell Jackson succumbed to injury for the Rams and were substituted out.

In the second half, Sale applied the pressure and soon found the lead when Jon Piefke was given space to pick his spot and drill home a goal.

Churchill was rattled and Tommy Nguyen made it 2-0 20 minutes later with another classy finish.

Rams substitute Jordan Kennedy almost pulled a goal back from the restart but missed from close range.

It could have been 3-0 if not for a spectacular reflex save from Rams custodian Jason Sands from a Nguyen shot.

The match ended eight minutes early when Dawson received a back injury and couldn’t be moved for precautionary reasons.

Fortuna moved past Falcons into fourth-place after a 7-1 thumping of Newborough-Yallourn. John  McEvoy kicked four goals and Joel Pirotta two.

SALE United will look to continue its great form when it travels to play Traralgon City on Sunday.

Also on Sunday, Monash will host Fortuna and Newborough-Yallourn will travel to Tyers.

On Saturday night, Falcons will host Moe and Churchill is at home against Olympians.