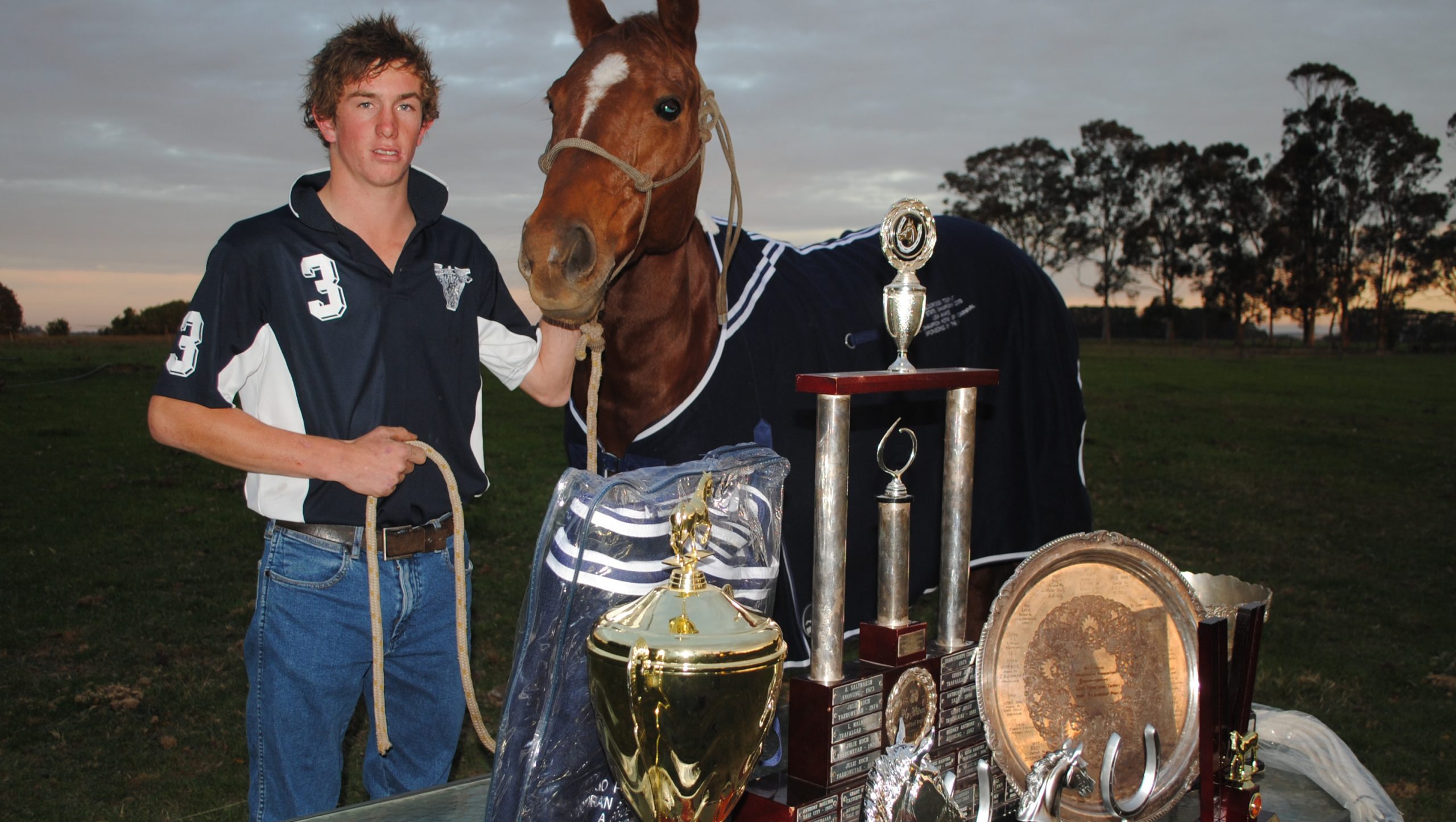 LOCAL polocrosse competitors Corey Buys and Luke Lossberg have been selected in the Australian squad to head to Europe.

Buys, 18, has picked up several trophies since he began in Sale as a 12-year-old, and brought home a haul from the Victorian championships at Ballarat last weekend.

Buys, who displays uncanny skill in pressure situations, played in the Sale A grade team which was runner-up to Trafalgar in the state final.

He capped an outstanding championship by winning the best number three at the tournament, best A grade horse with his seven-year-old mare Fifi and best intermediate rider, making Buys the best rider in the state this season.

Buys said he was also thrilled team mates Luke Lossberg, best number one, and Ike Murray, best number two, were recognised for their outstanding play at the championships.

No stranger to the big stage in polocrosse, Buys has been a regular member of Victorian under 21 teams, coached by one of his mentors Steve Boulton.

Buys said they finally broke through for a win this year when the Victorian under 21 team won the national championship at Warwick in Queensland, defeating the home state in the final.

Sale teammates Lossberg and Tom Ford also played in those teams, while Buys was also part of the Sale team which won the South Australian championships last month.

Buys said he had three horses he rode at various tournaments, but Fifi was his favorite. He said parents Rick and Maree, who both play, provided great support, along with fellow players Boulton, Michael Semmens and Steven Ford.

“I am not much good, but have a lot of fun,” Maree said. “I wish I could ride like Corey.”

Buys will head to Europe with polocrosse teammate Lossberg, where they have already arranged work breaking in horses.

Buys said they were looking forward to playing with teams at Rugby, where they will be based.