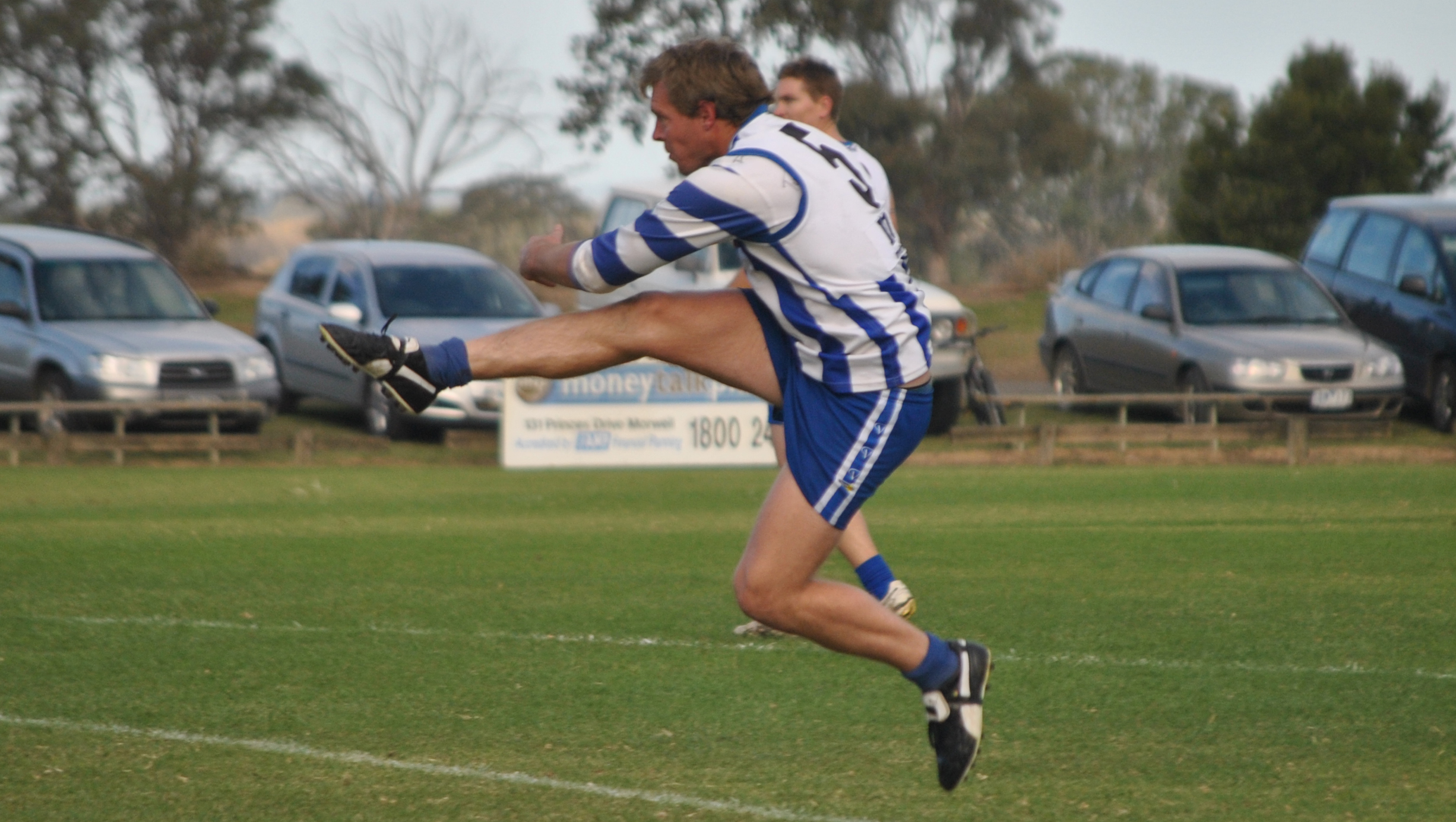 The match headlines a big weekend as the league shows its support for women with breast cancer, replacing the red ball with a pink one.

The only undefeated side in the competition, Woodside will have its hands full against Heyfield, who, after a narrow round one loss, has won its past three matches by an average winning margin of 67 points.

The Kangaroos have got their premiership defence on track with astute recruitment adding to an already formidable line-up.

With a defender key to their pre-season recruiting needs, former Cowwarr backman Scott Anderson has proven to be one of the additions of the season.

Playing two sides at the top end of the ladder in consecutive weeks is a tough ask for any side, but in their current form expect Woodside to relish the chance to take on the premiers.

AFTER being convincingly defeated by Heyfield and with only one win so far this season, Sale City desperately needs to refocus with Saturday’s home game against Cowwarr a danger game for the seventh-placed Bulldogs.

While the scoreline against Heyfield was far from complimentary, Bulldogs coach Joel Brayshaw said there was plenty to take out from the performance.

“We were alright against Heyfield, it was an improvement from the weeks prior where we were fairly ordinary. While the score didn’t reflect our performance against Heyfield, I was encouraged by the effort,” Brayshaw said.

“We kept with them in the opening half, however allowed them to score too easily and quickly in time-on in each of the quarters which blew the scoreline out.”

With both sides sitting on one win, Cowwarr is ahead of the Bulldogs on percentage with both sides eager to win and remain within reach of the leading teams.

“For sure it is a huge game for both clubs, we know that we can’t let them get away to an 11-goal first quarter lead like last week if we are to be in the game,” Brayshaw said.

“We need to stick with them early, match their intensity and keep Tim Johnston to a few kicks.”

Johnston has been a livewire in recent weeks with eight goals against Boisdale-Briagolong taking his season tally to 19.

Johnston is just one of several key figures the home side will need to contain if it is to be in the hunt for the four points. Brayshaw noted his midfield was key to the challenge.

Like the Saints, a number of stars have emerged for the Bulldogs in recent weeks with the young pups standing up and challenging their more experienced opponents.

“Nick Grainger is playing a key forward role, while Byron Shingles has held his own roving for us. Their development has been really encouraging, they are playing important roles in our structure,” Brayshaw said.

THE two Bombers will meet when Boisdale-Briagolong will host the higher flying Traralgon-Tyers United.

CHURCHILL will take to the road for the second consecutive week when it plays Rosedale.

TRADITIONAL rivals Glengarry and Gormandale will play for the Keith Lang-Bill Onley Cup on Sunday with both sides having struggled early this season.