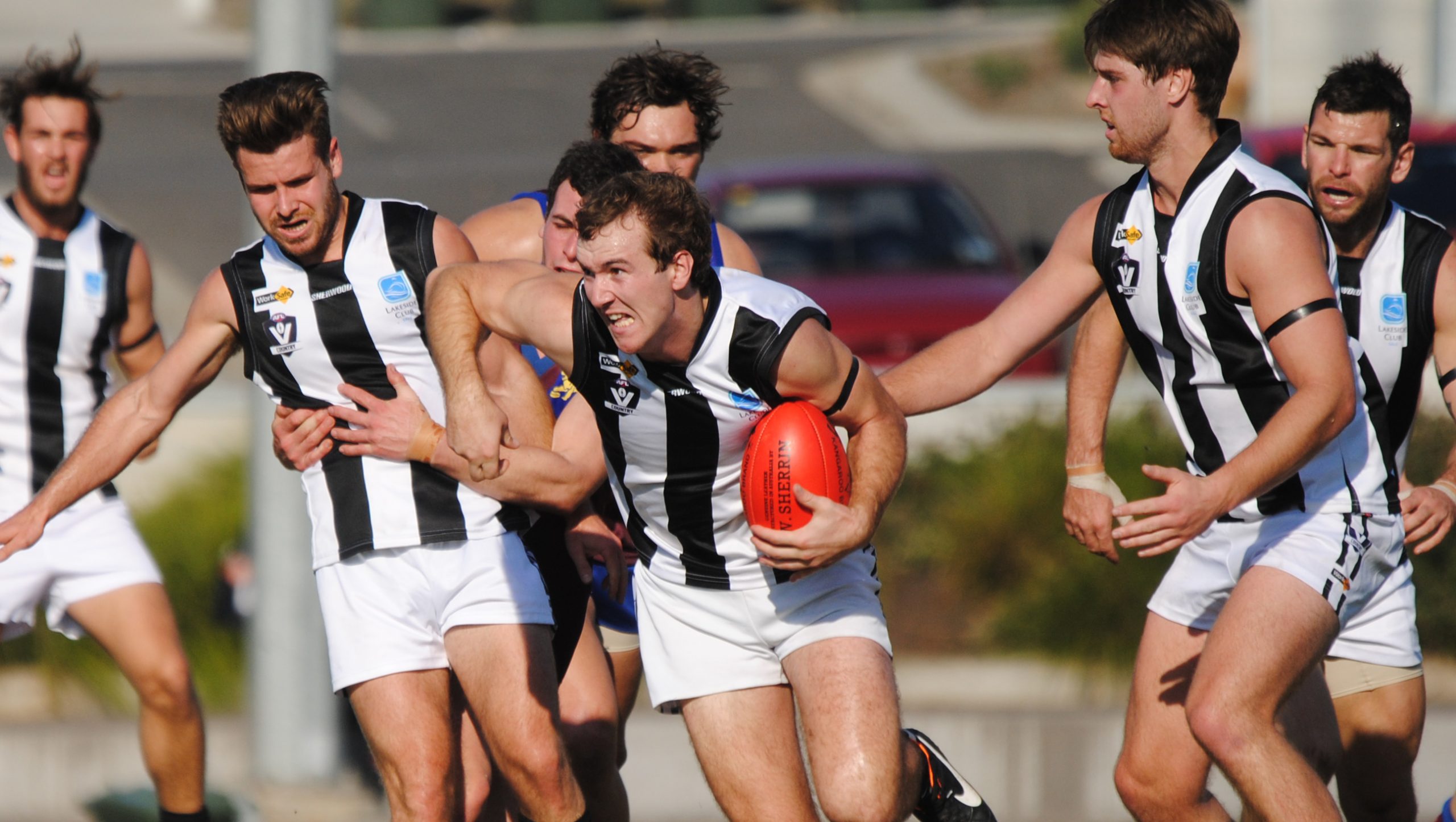 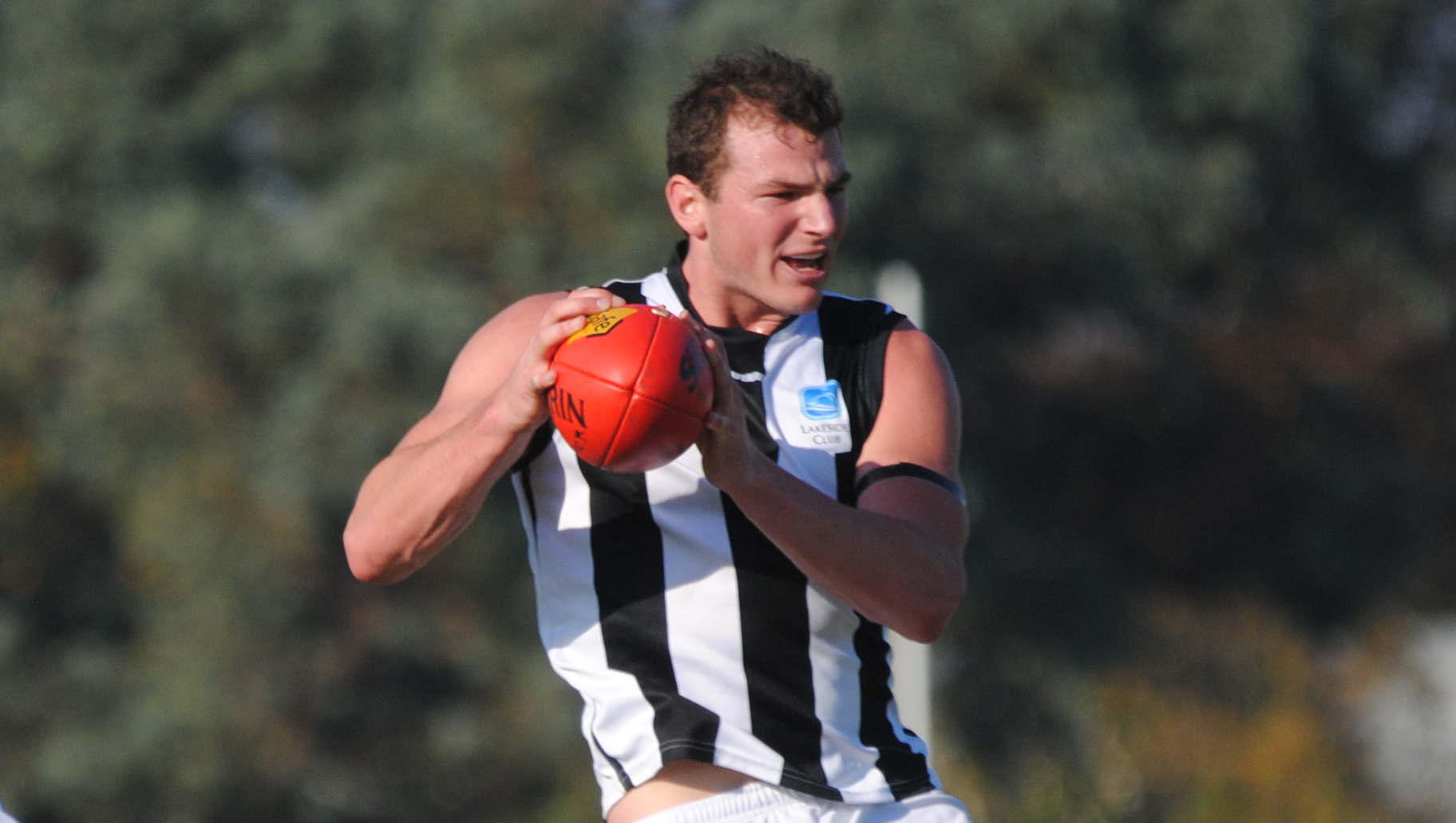 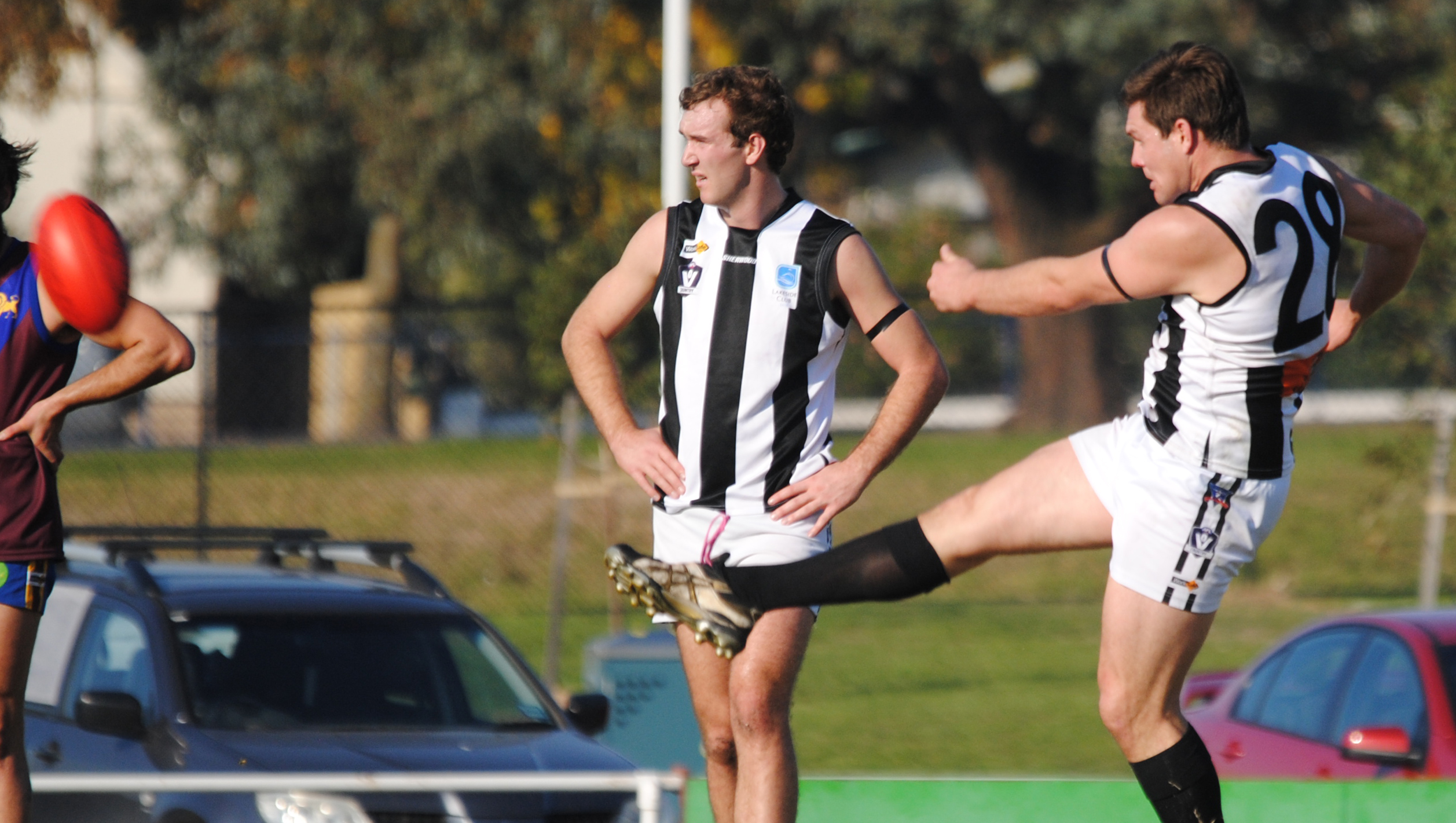 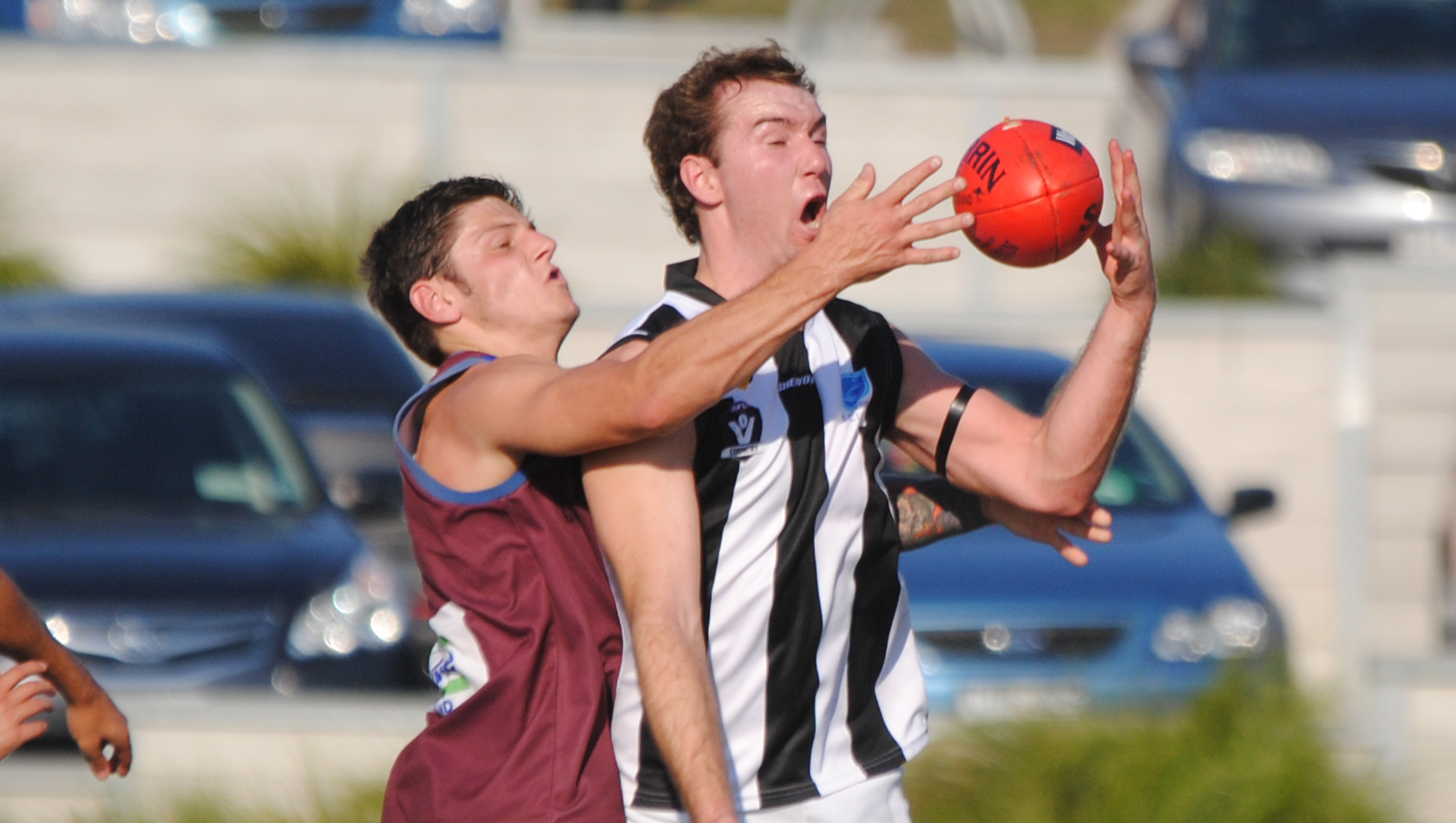 A MUCH stronger Sale combination was far too good for a young Moe side, dishing out a resounding 141-point win in round five of the Gippsland League.

The Magpies vastly improved their accuracy in front of goal, scoring 28.16 (184) to the Lions’ 6.7 (43) to remain undefeated and moved to the top of the table on percentage.

Sale went into the game again with six changes including the loss of key players Matt Ferguson and Kane Martin through injury. Regardless of their absence, the Magpies immediately went to work applying pressure, tackled harder and using better disposal were much too good for the inexperienced Lions, who at any stage were unable to get into the game.

Using the centre corridor as a direct avenue to goal, Sale got off to a flying start with a nine-goal first quarter blitz.

The reliable Sale half-back line of Ryan Pendlebury, Jordan Dessent and Chris Laverty was impassable and held Moe goalless in the first quarter, and to only two goals by half-time.

The Magpies’ fearsome tackling, with Jamie Sweeney leading the way, was also an impressive feature of their play.

Sale won most of the contested possessions in the midfield and gained the better of the centre bounce clearances 16 to 10 mainly through hard work of ruckman Jack Lipman.

The Lions however never gave up trying. James Blaser and Tom Long battled desperately up forward and captain Peter Ainsworth, along with Jacob Wood, were valiant in defence.

The home side improved on its first half effort by kicking four goals in the second half, but was never in the contest. To their credit in the final quarter, the Lions kicked two goals and held the Magpies to three, but the game was well and truly over by then.

TRARALGON overtook Maffra into third place after a 46-point win at Bairnsdale.

Josh Jennings and Tim and Matt Northe were the Maroons’ best with Jackson Hall and Lee Stockdale kicking five and four goals respectively.

WONTHAGGI moved into the top five after defeating Warragul by 70 points.

The Power’s best were Travis Krause, and Andrew Murray with Lucas White and Krause kicking three goals each.

Mark Collison and Lachlan Petch tried hard to keep the Gulls in the contest.

Darren Jeffreys, who kicked three goals, and David Olsen were the Hawks’ best.