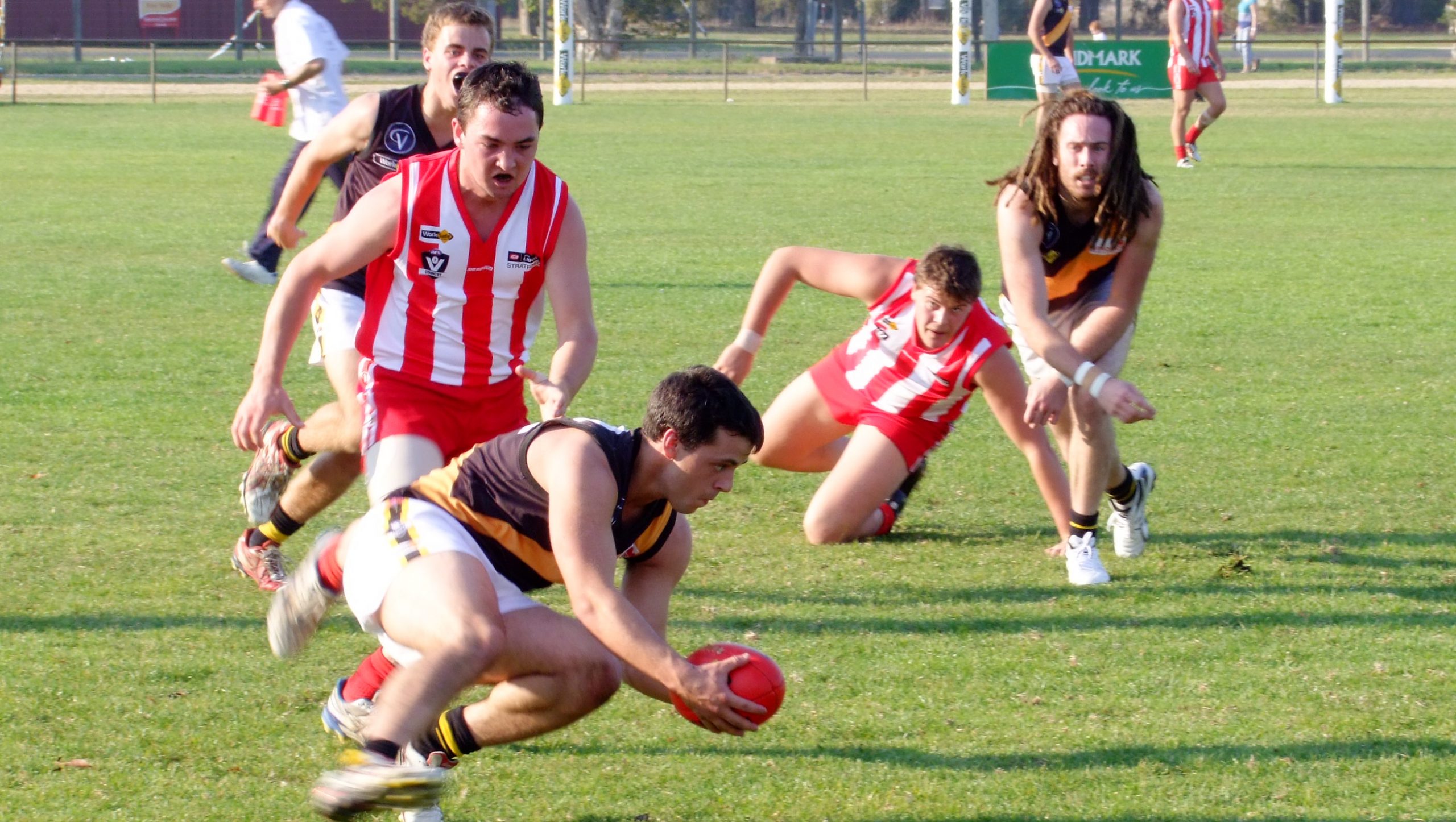 STRATFORD moved to second spot on the East Gippsland football ladder after comfortably accounting for Wy Yung in round six.

Taking a two-point lead into the first change following a tight first quarter, Stratford increased the margin to 15 at the half, scoring the only two goals of the second quarter.

As they have done in recent weeks, the Swans again broke the game open in the third quarter with six goals to two to set up a 47-point buffer at the last change.

Stratford would add a further four goals to one in the last quarter to run out comfortable 67-point victor.

Kaine Kerton continued his fine form, with Michael Walker, Tye Morrison and Corey Scholtes all reaping the rewards of his ruck work. Nicholas Channing was also prominent for the Swans, while O’Dwyer received good delivery to finish with seven majors.

PAYNESVILLE stamped its premiership credentials with a comfortable win over reigning premier Lucknow.

Seven first quarter goals gave the Gulls an early break before running away with it, piling on eight goals to three in the final quarter.

The Magpies were competitive for the most part, remaining in the contest until the Gulls stormed home in the final term.

Haydn Robins, Derek Hayes and Adrian Gibbs were amongst the goals for Paynesville.

Magpies back into top four

The match was a tight affair throughout, with the Cats opening up a 14-point quarter-time margin and keeping the Blues at arms length for the remainder of the contest.

Brett Walker kicked five goals for the Cats, while Deon Scott hit the scoreboard at the other end, also booting five majors.

LAKES Entrance had the bye.