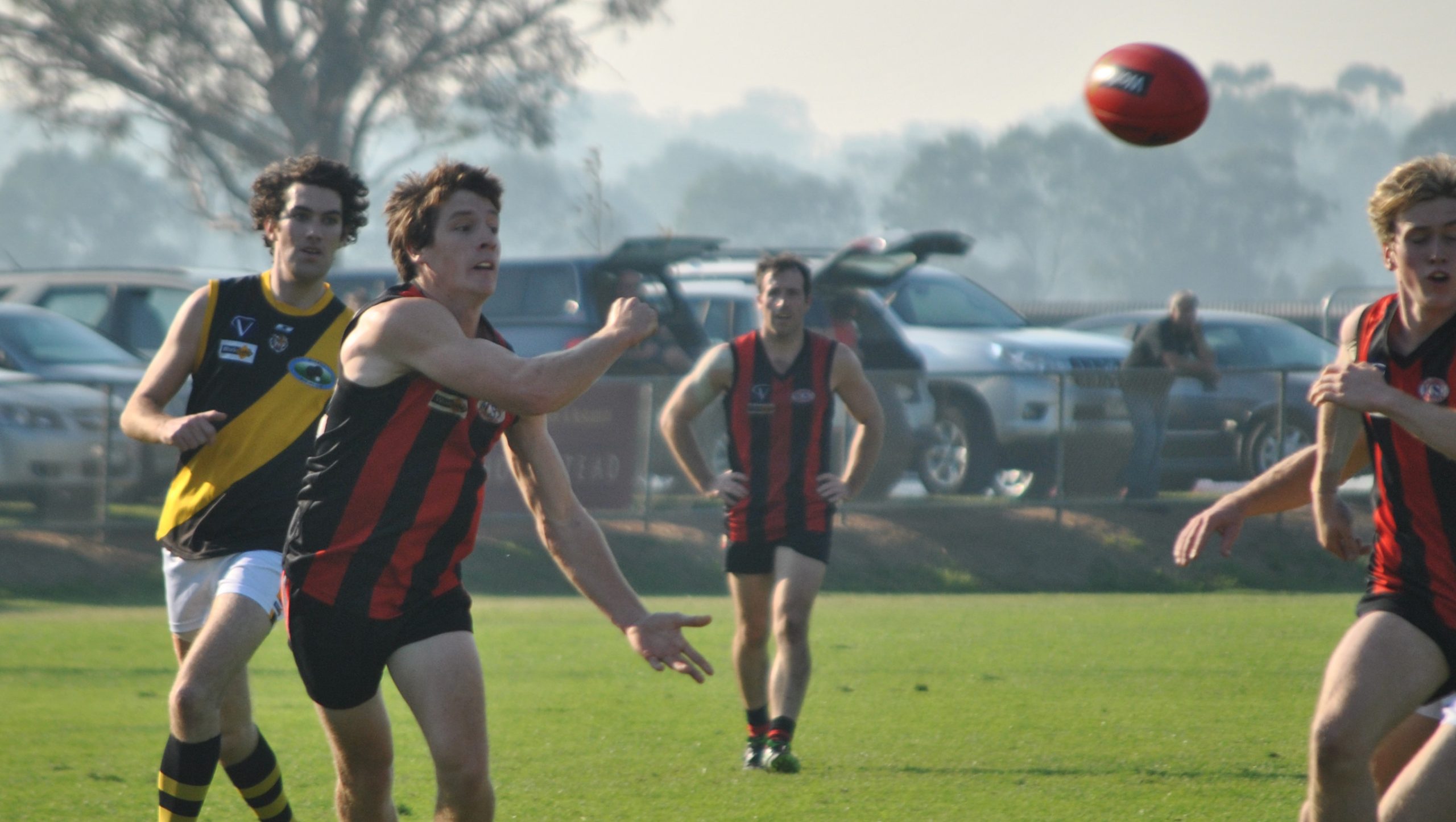 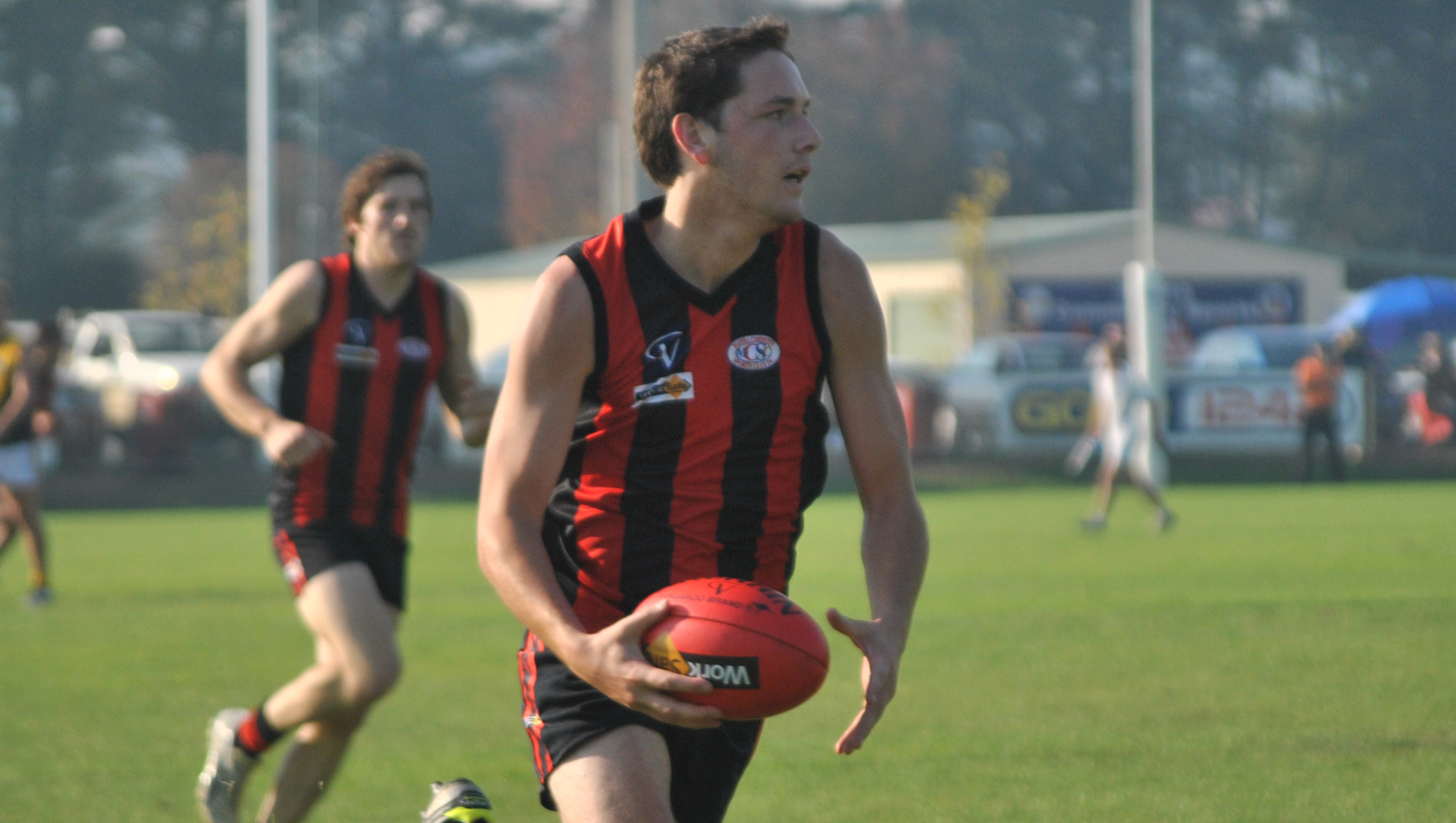 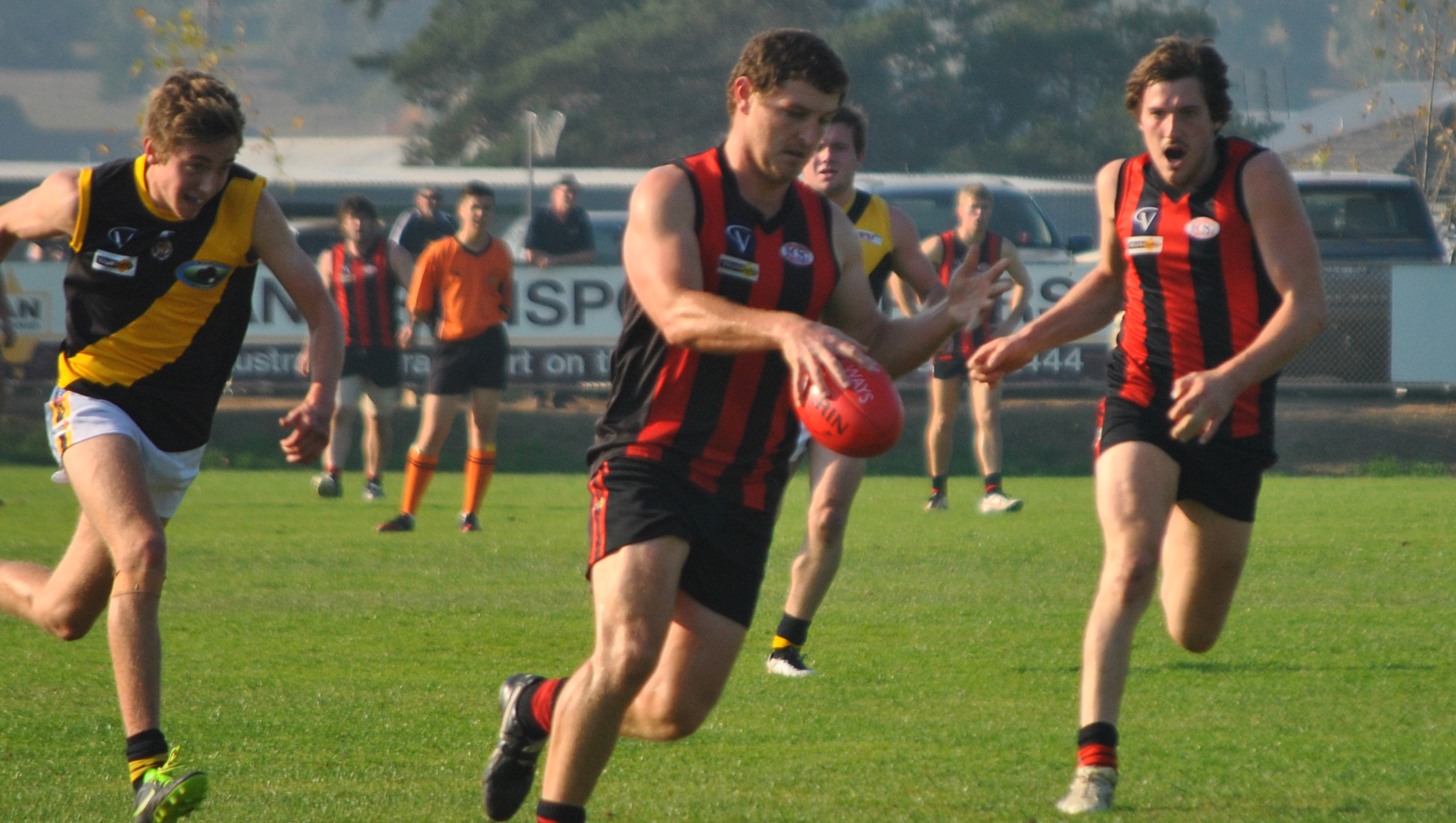 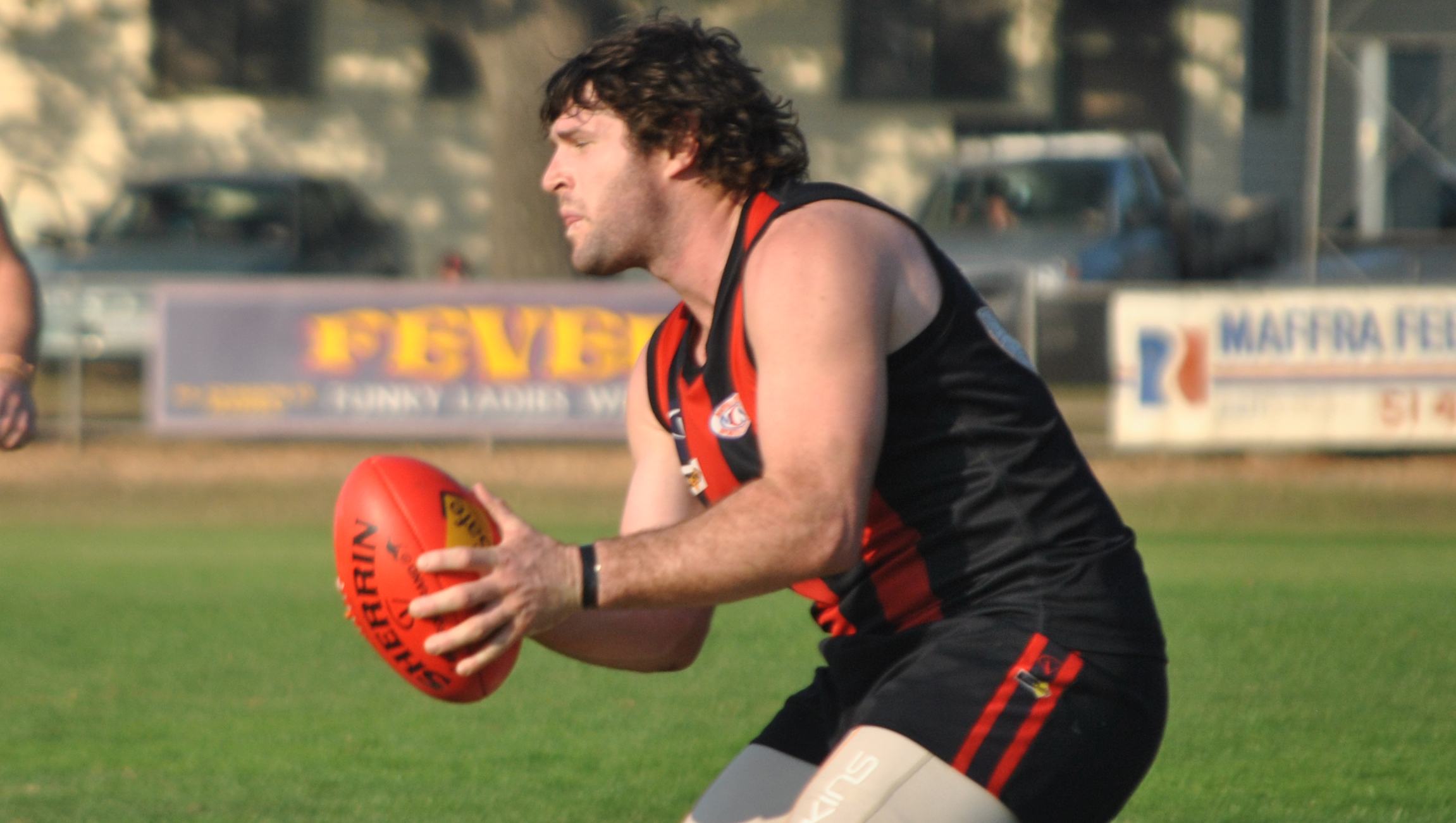 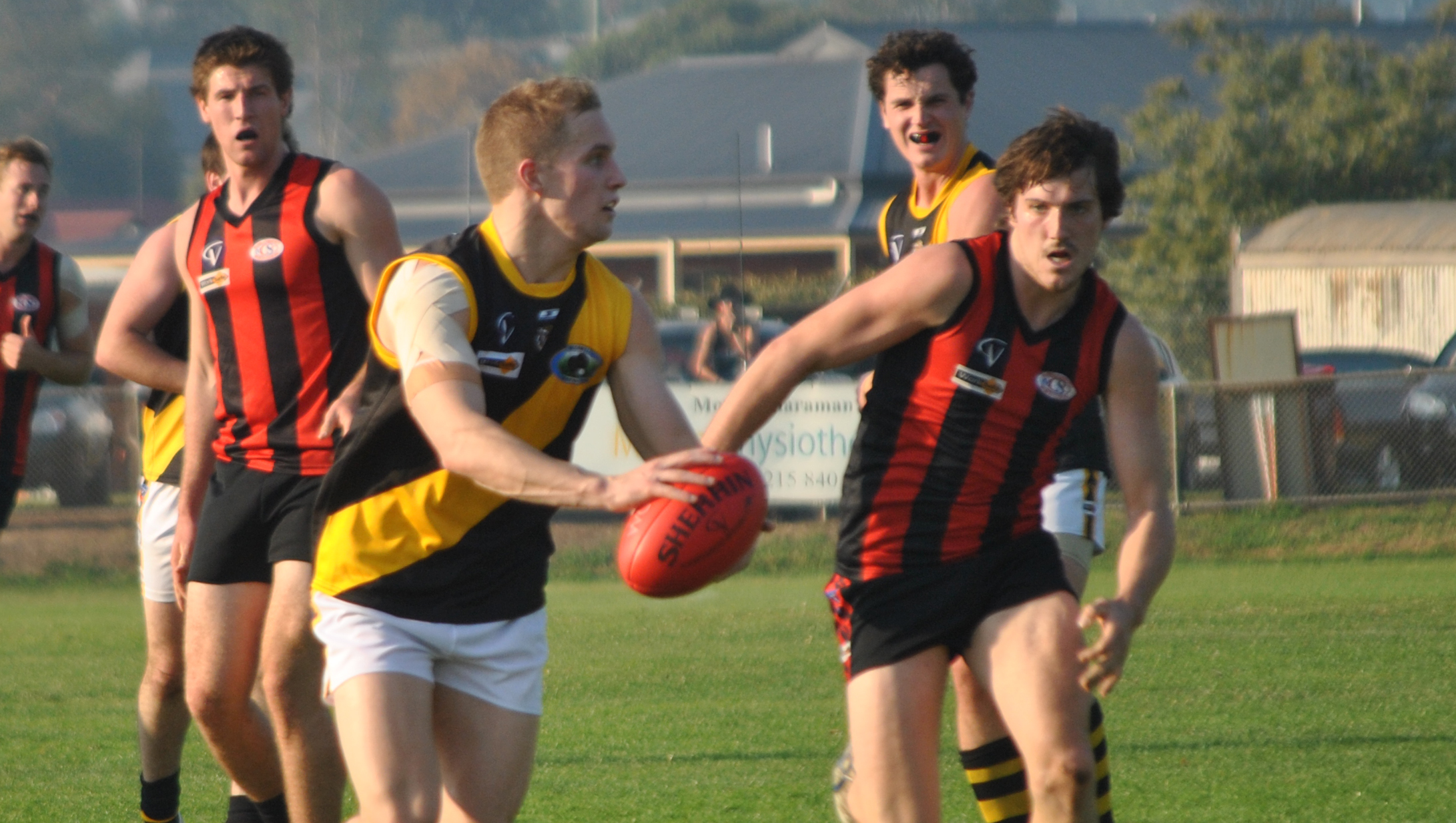 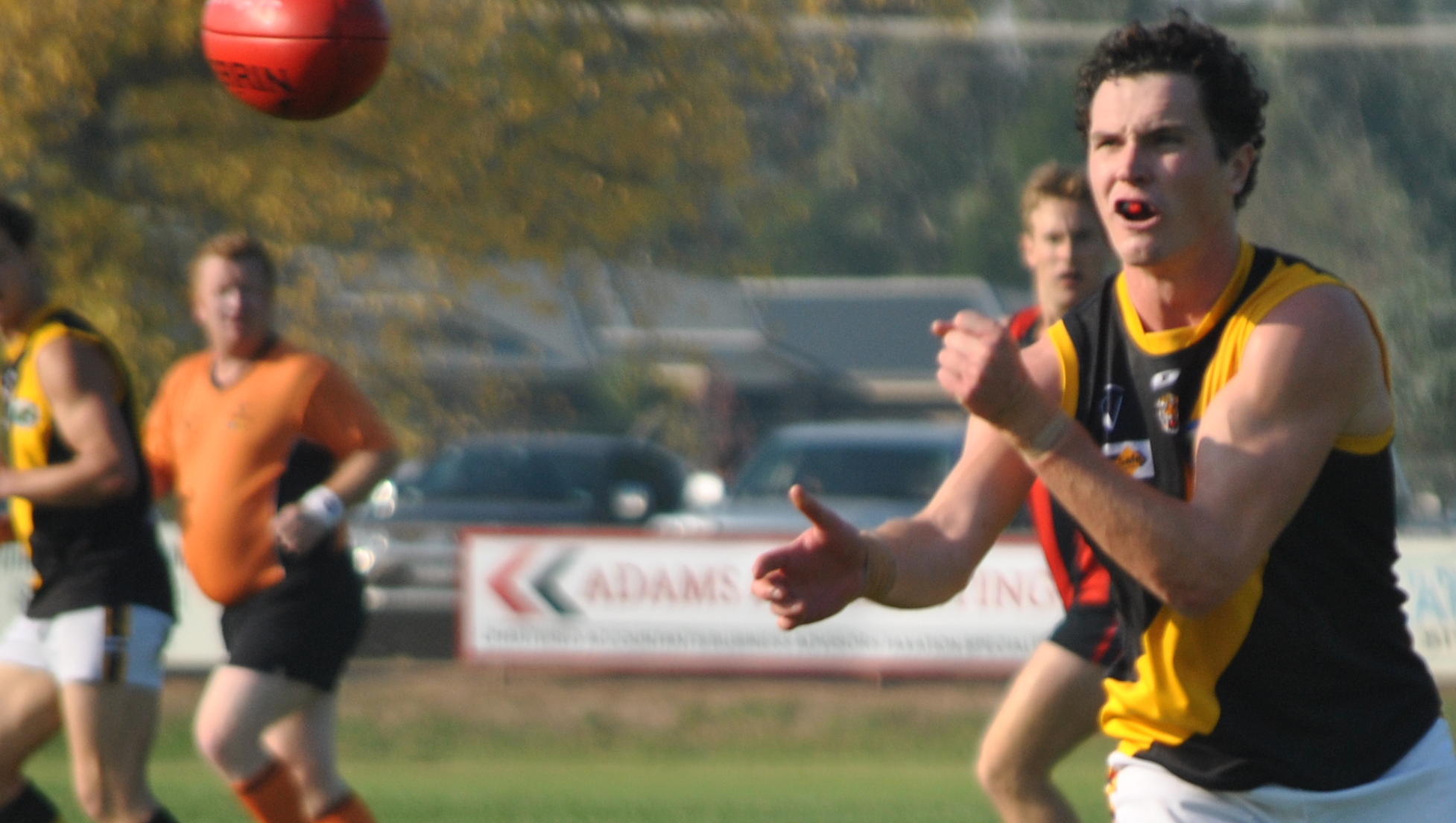 Magpies too strong for Moe

MORWELL proved it should be considered as one of the favourites for the Gippsland League football premiership with a strong win at Maffra.

The Eagles should not be totally disappointed with the loss, as it proved they are not far off the ladder leaders, but will need to make adjustments if they are to push to the top sides.

The visitors were harder at the ball and matched up on their opponents better when the match was in the balance.

The Tigers got out to a 26-point lead before the Eagles were able to register a score through a Darren Sheen goal, the first of his five for the day, after being provided the ball by the returning Adrian Burgiel. Burgiel’s inclusion made up for the absence of an injured Daniel Bedggood.

A goal after the siren from Lachlan Dowling gave Morwell a 13-point quarter-time lead.

The Eagles began to run more during the second term, but the Tigers were using numbers in defence to stop attacks. Both teams kicked two goals in this quarter but mistakes were hindering both sides’ chances to kick majors.

By half-time, the Eagles reduced the deficit to 10 points.

Goals from Brent Connelly and Kel Porter gave Maffra the lead early in the third quarter, but the Tigers hit back with a goal from best-on-ground Dean Macdonald.

The Eagles wrested back the lead with a Sheen goal only for Ryan Tatterson to kick a goal after a Maffra turnover. The Eagles conceded another goal after failing to clear the ball out of defence as the Tigers led by 12 points at the final change.

The Tigers booted the first four goals of the final term to effectively kill off the contest, and while the Eagles booting two quick goals to keep some chance to win but the visitors stayed strong to win by 20 points.

For Morwell, Macdonald and Joel Soutar used the ball well across midfield and the forward line, while Jack Brown played well in defence.