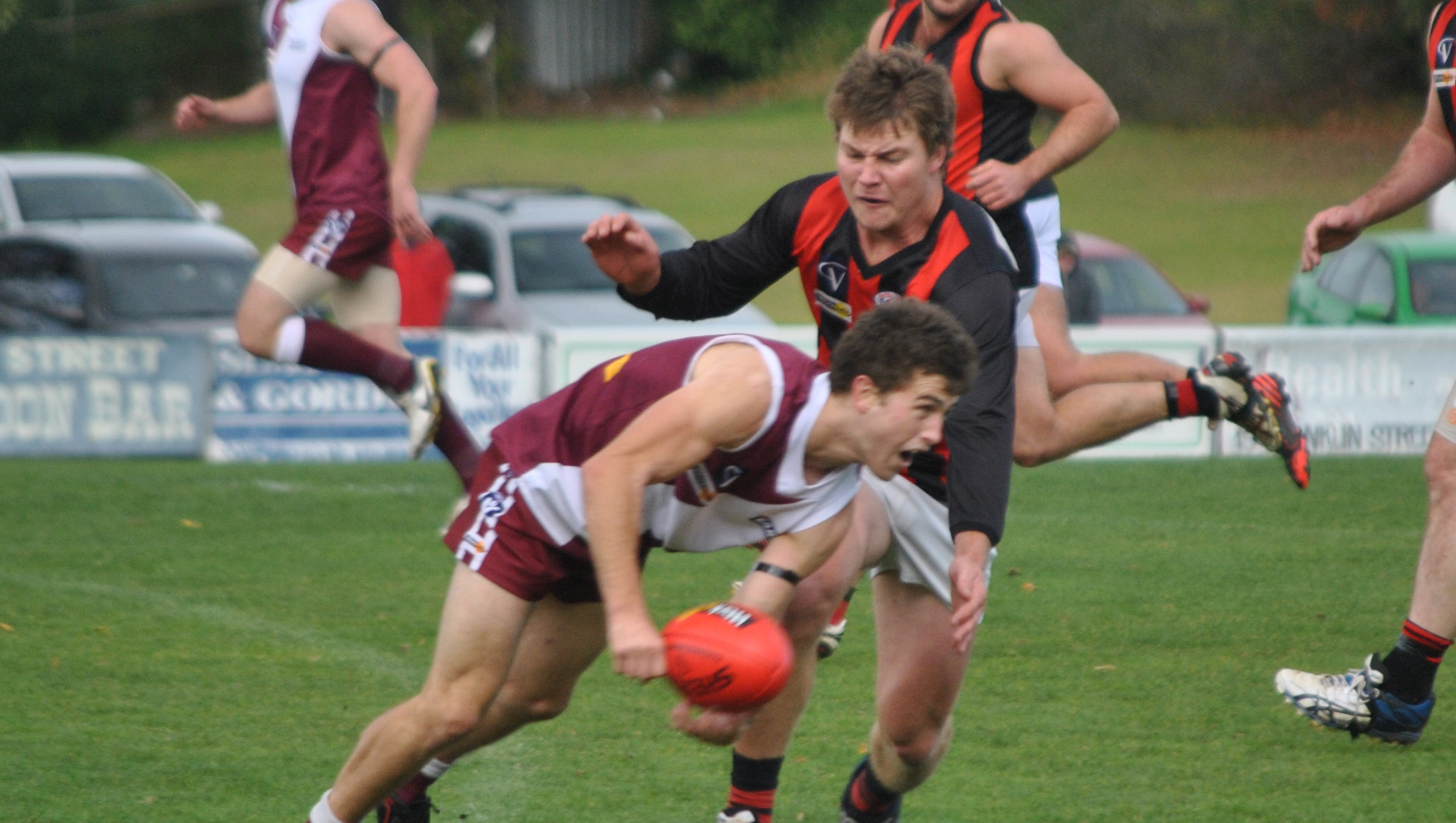 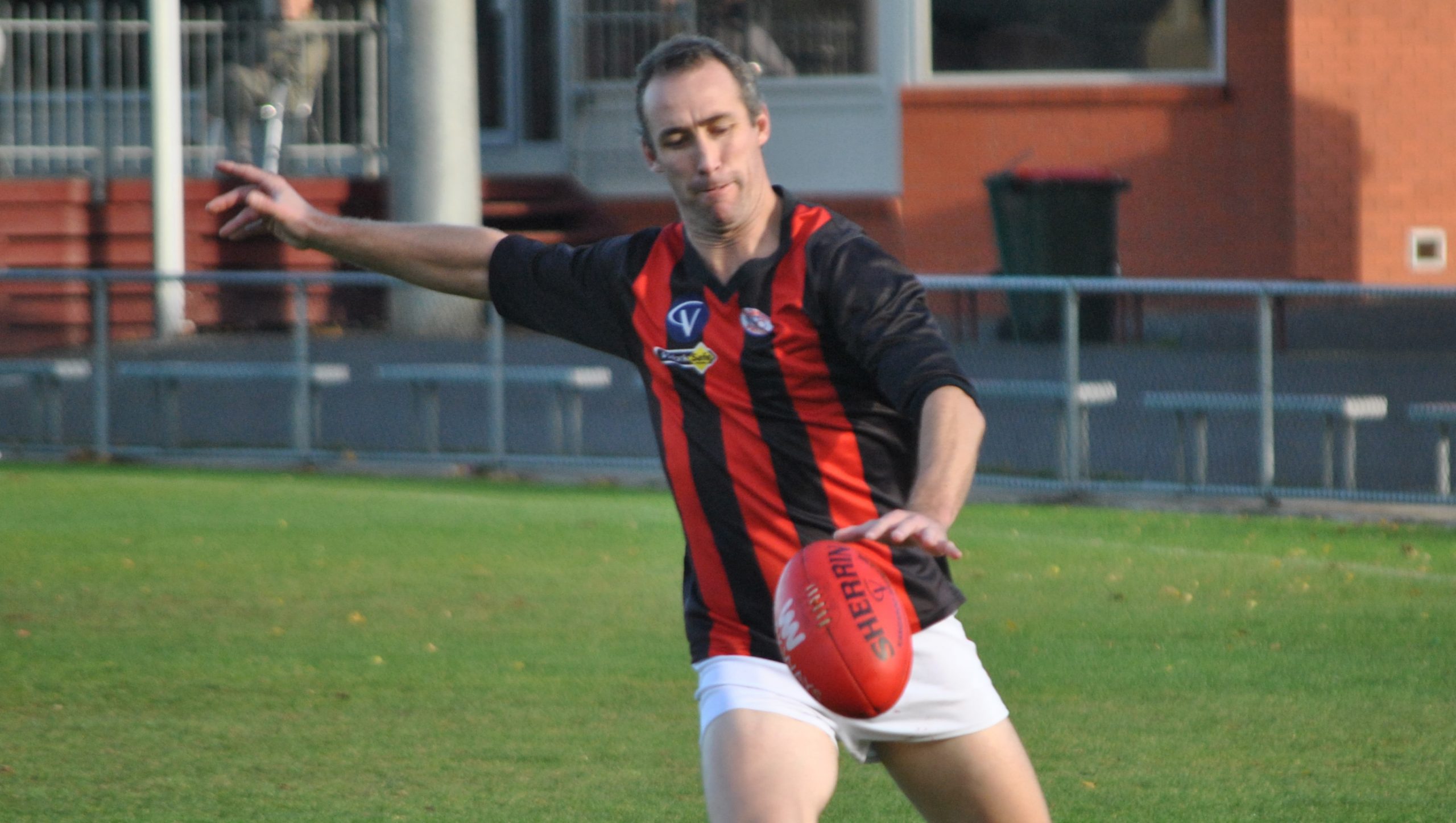 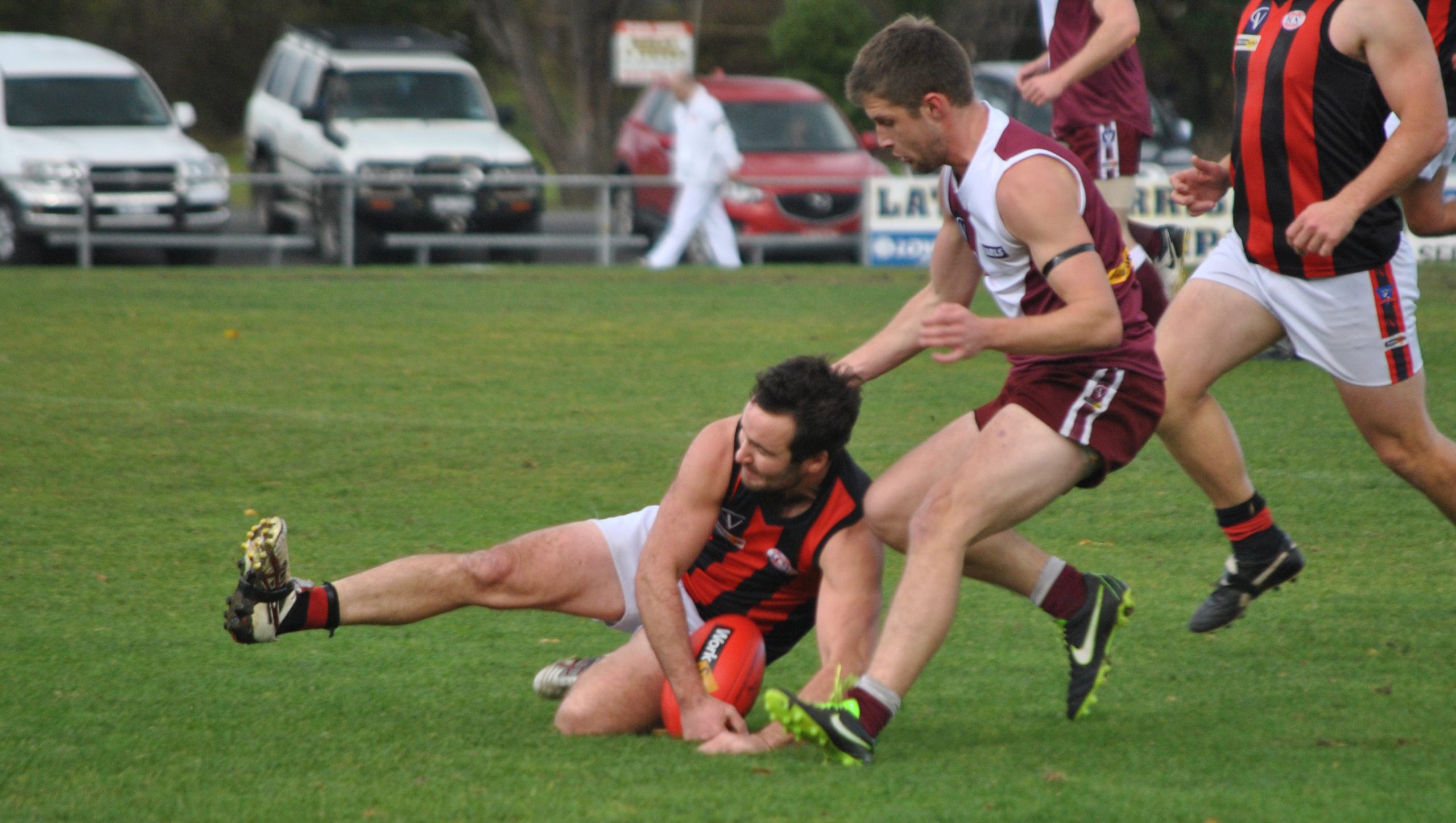 MAFFRA scored an important win at Traralgon to move back into third place on the Gippsland League football ladder.

In the middle of a tough run of matches, against Morwell (who they lost to last week), Traralgon, Sale and Wonthaggi, the Eagles needed to win at least one of those to avoid their season getting off track.

When challenged, the Eagles’ midfield was able to gain control of proceedings. Ben Coleman and Kel Porter again led the way through terrific skill under pressure.

Sam Bristow was strong in defence, while Joel Lambourn and Alex Coleman also contributed to the victory.

In his return to the side from injury, Daniel Bedggood kicked four goals, working well alongside Darren Sheen, who kicked three goals to maintain his lead in the league goal kicking.

The signs weren’t good for the Eagles on Saturday when the Maroons got out to a 19-point lead 12 minutes into the first quarter as the home side was running hard and kicking long.

The Eagles did begin to dictate terms late in the quarter, with those efforts reward with goals from Darren Sheen and Daniel Bedggood to reduce the Maroons’ lead to five points at quarter-time.

The visitors claimed the lead with a goal from Josh Davis, who used good evasive skills.

Two quick goals from Adrian Burgiel, including one from a snap under pressure, had the Eagles leading by 13 points midway through the term.

Josh Jennings kicked a much-needed goal for the Maroons before Jackson Hall kicked another to reduce the margin to two points.

The Eagles took back control with goals from Sheen and Bedggood to take their lead to 14 points at the long break.

After the Maroons cut the deficit to eight points 17 minutes into the third term, the Eagles took the match away from the home side by kicking the last three goals of the quarter. The lead at the final change was 27 points.

Maffra’s lead got out to six goals during the final term before the Maroons kicked three late goals.