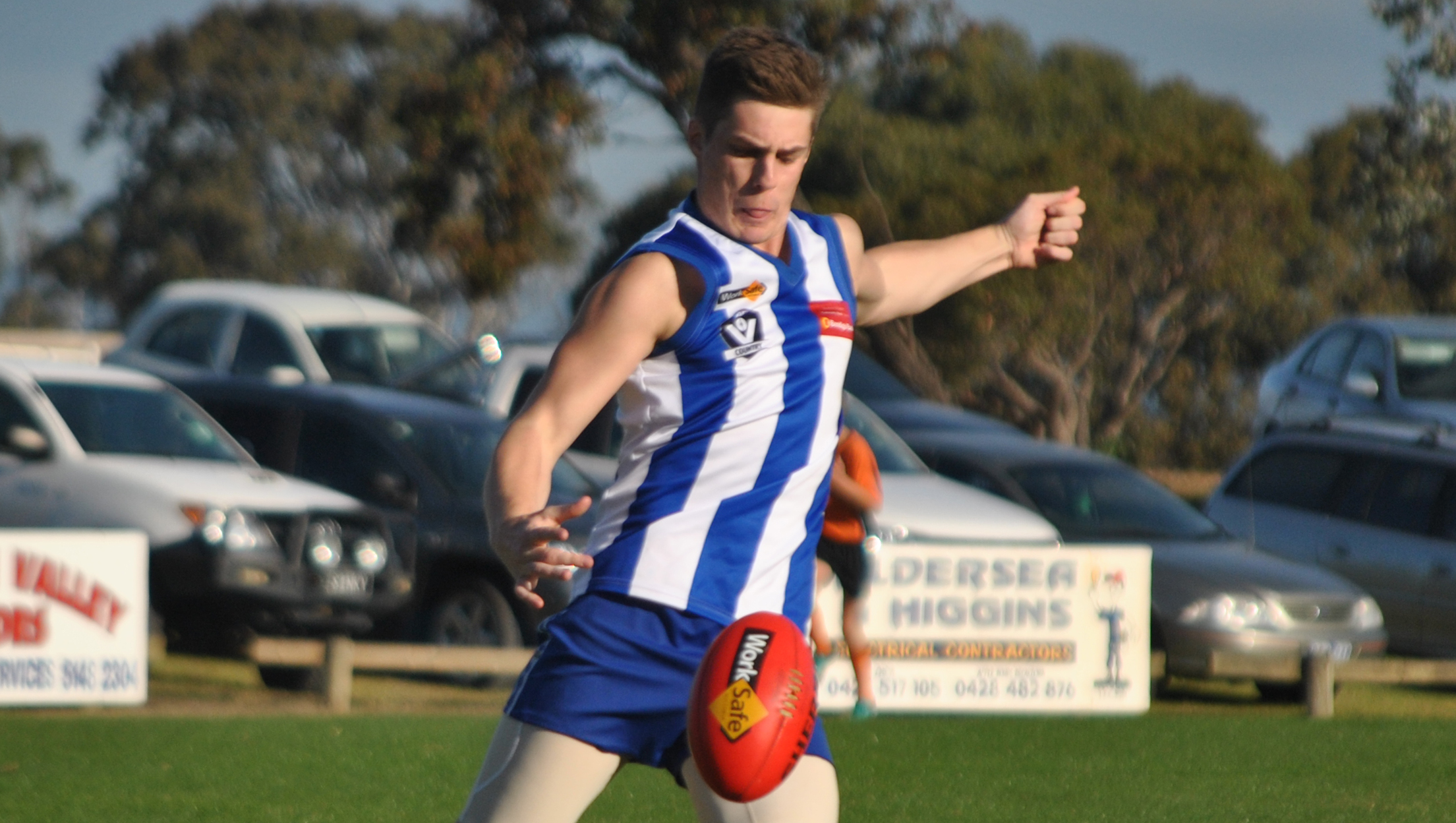 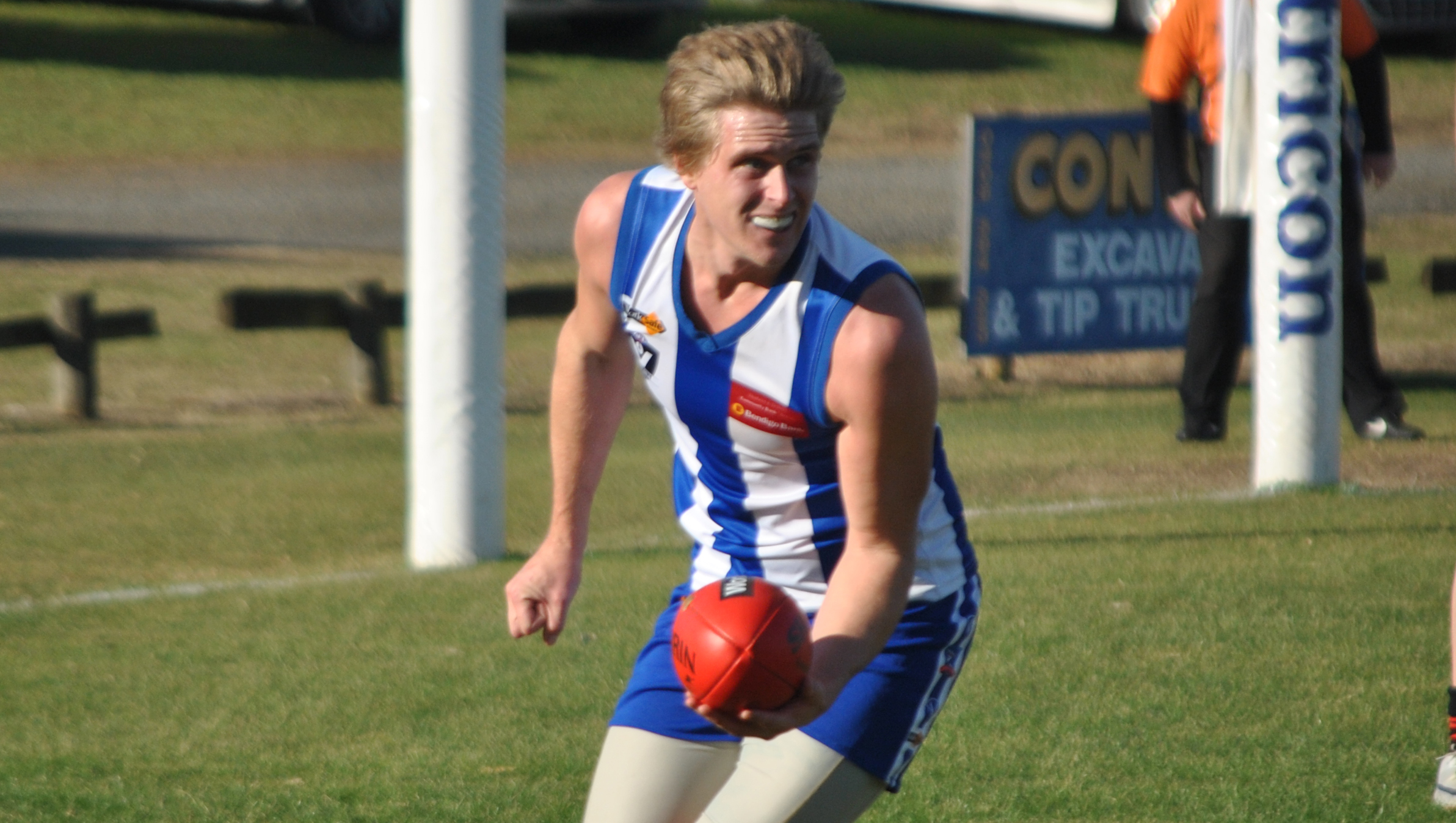 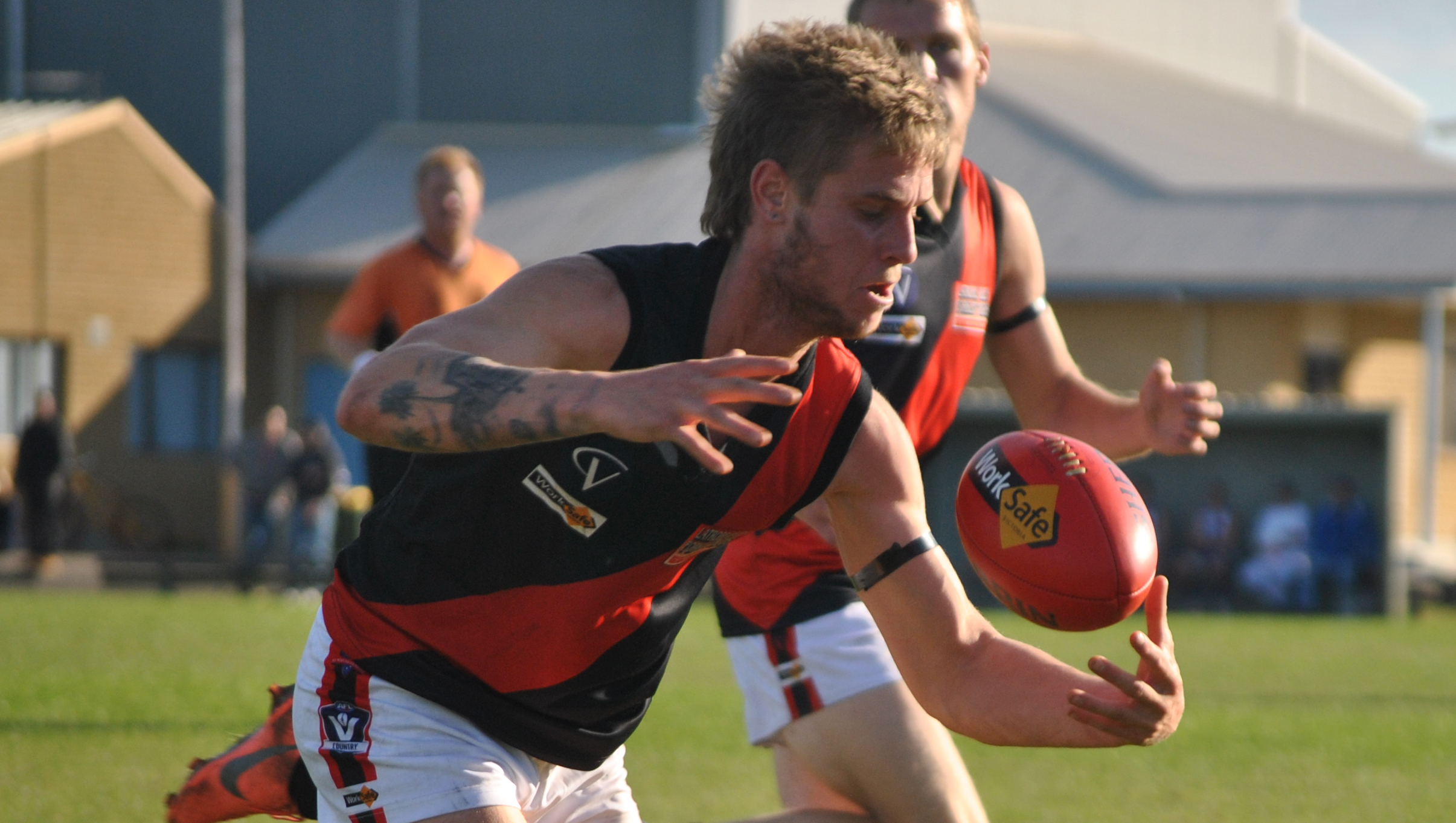 HEYFIELD snatched victory from the grasp of Traralgon-Tyers United during North Gippsland football’s match of the round.

The contest between the premier and challenger saw the result decided in the closing minutes.

In a contest which provided plenty, none more so in a physical hard fought final term, a down and out and less than full strength Heyfield line-up fought back to claim a season-defining one-point victory, 10.10 (70) to 10.9 (69).

With the clock counting down on their challenge, the Kangaroos stormed home with Kodie Woodland snapping the winning goal, however the home side had to work hard to maintain its slender lead with Bomber Dylan Loprese marking within scoring distance in the final minutes of the contest, however, his shot for goal came off the side of the boot.

If there was a get out of jail card, that’s exactly what Heyfield used on Saturday with the premier out played in most facets of the contest but not on the scoreboard when it counted.

In a frenetic opening five minutes of play, neither side could settle as the ball moved back and forward with little conviction between the half-back lines.

TTU’s Justin Palmer settled the visitor, snapping around the body to register the side’s first goal.

Heyfield slowed down the contest, manning up on its opponents in a physical patch of play which saw the Kangaroos slowly gain momentum as the Bombers were hit hard. Hayden Hector felt the effects when tackled hard to the ground by Justin Cox and Mat Goodwin.

TTU came out and made a statement of intent from the opening bounce of the second term, Tyler Mustoe scored in the first minute of the quarter before a 50 metre penalty gifted Graham the Bombers’ third on the run as they blew the margin out to 17 points.

Scott Zulke burst from the centre of the ground, his direct kick hitting the chest of Mustoe, who combined with Loprese to add another for the Bombers.

With the heat on, the Kangaroos’ Matt Bedggood broke the Bombers ascendency to goal from 30 metres.

Lifting the Bombers’ run and drive in the midfield, ball magnets Pat Sharp, coach Matt Stolarzyk and Graham won the midfield battle for the quarter as the Bombers blew the margin out to 20 points at the main change.

With the game in the balance, Dave Kelly was thrown into Heyfield’s midfield alongside Jack Woodland and Neille. The move worked Heyfield slamming home the first two goals for the second half as they peppered away at the half-time deficit to trail by eight points at the final change.

The Kangaroos had the better of a thrilling final term, kicking four goals to two.