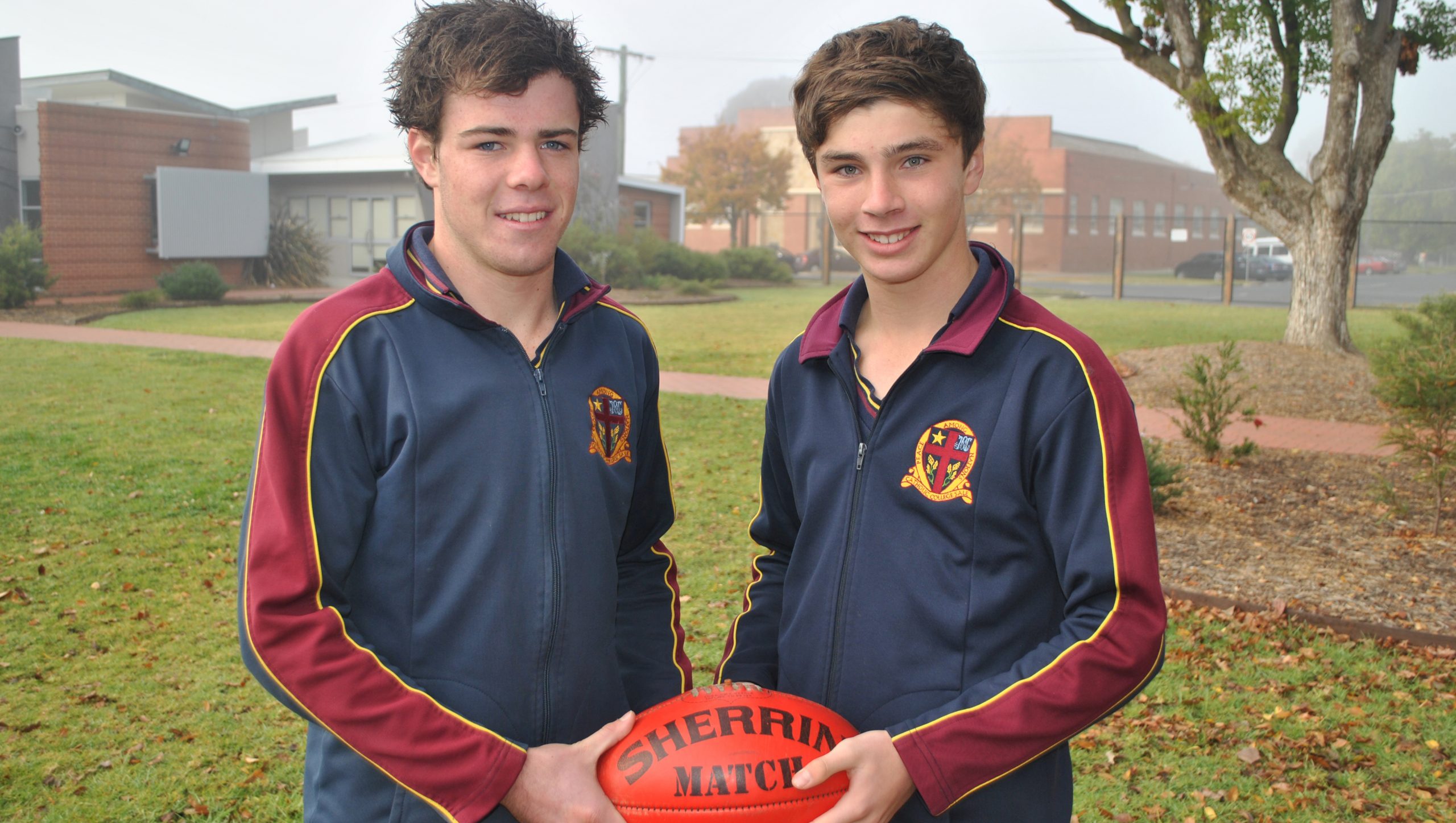 The pair will line-up for Vic Country in the AFL under 16 championships to be played in Darwin in August.

Collins said scouts selected 10 players from each team at V/Line Cup to trial for the Vic Country team.

“We went alright, I probably could have played better but both of our best games were probably the last day,” he said.

“We won two and lost one so we ended up third.

“We had two practice matches and intra-club matches and that’s when we got selected to play in Darwin.

“It should be a good experience in Darwin, meet new people, making new friends.”

Renooy said preparations for the week long tournament would begin in the school holidays.

“We have got a practice match against Vic Metro, then we have a training camp, photos, and jumper presentation where we collect all our gear,” he said.

“You have to fundraise for it, sell raffle tickets and try and get some sponsors.”