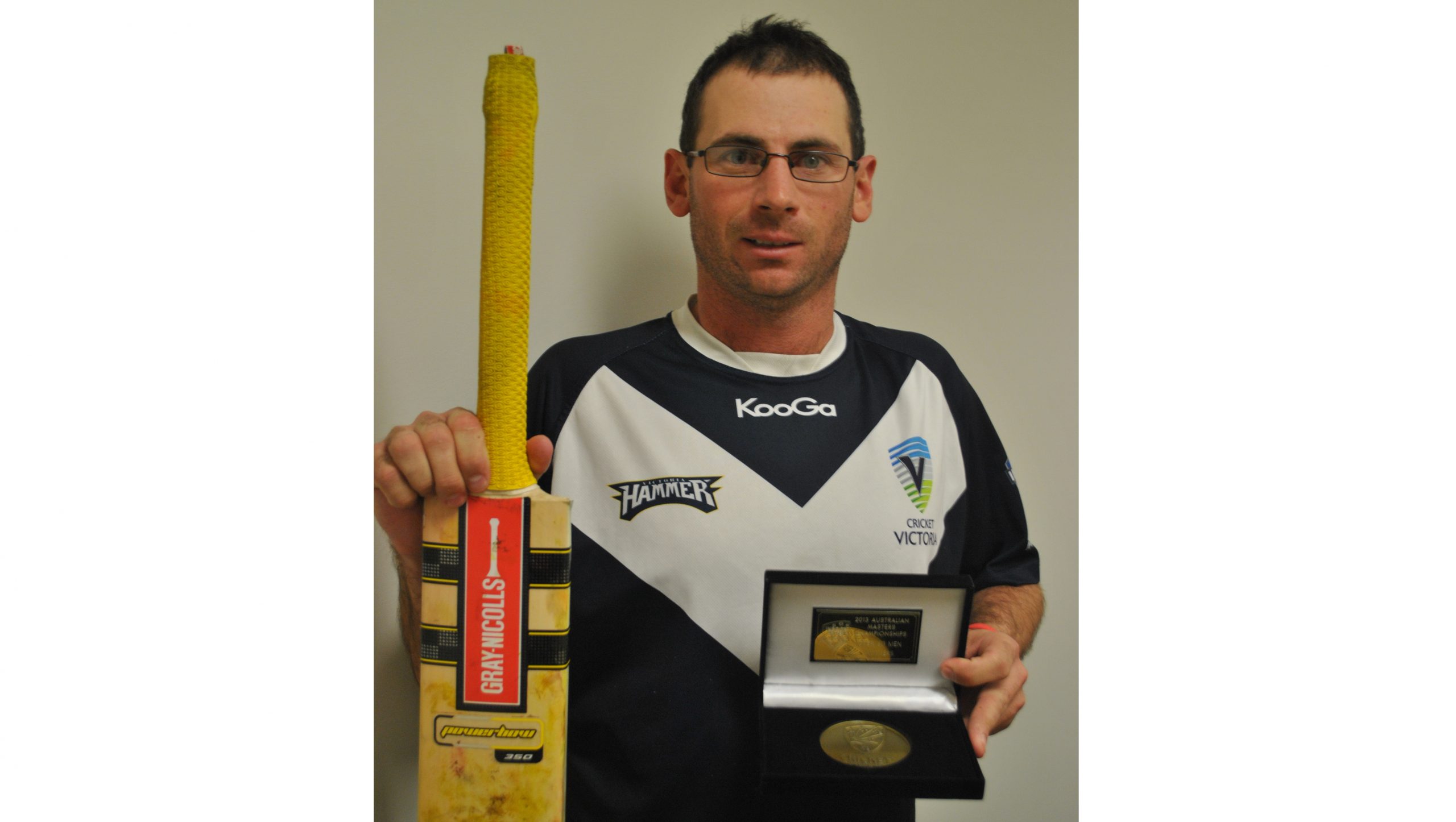 LOCAL cricketer Brad Light will finish his career on a high after being part of the Victorian over 30 team to take out the indoor national masters title following a thrilling win over favourite New South Wales in the final.

Light, who also represented Victoria in 2011 and 2012, said the side played 10 games for the week, winning eight including the triumph over NSW in the final, chasing down a record score to win with just one ball to spare.

The Victorians also defeated more fancied opponents Queensland and Western Australia in the 16 over per side, eight-ball over format tournament in Perth. Each player bats for four overs and bowls two.

Light said players were selected to trial following country and zone tournaments during the year.

“I play at the Traralgon centre because Sale doesn’t have one,” he said.

“Once the side is selected, we have 12 weeks training at different centres in Melbourne twice a week.

Light, who also played in Vic League and Super League sides previous to his state selections, said the triumph was a thrill after finishing third in 2011 and 2012.

“The last three years I have represented Victoria. I played in Brisbane and Adelaide where we finished third, this year in Perth we won (the final) by one run,” he said.

“NSW set 156 runs which was one of the highest scored at national championships. We chased it down with one ball to spare.”

Light, who played weekly on Friday nights in Traralgon and Super League fortnightly in Melbourne, said he would retire from the sport and finish on a high.

“At the age of 35, winning the national championships is the best feeling; it’s one of the best sporting achievements in my sporting career,” he said.

Anyone interested in playing indoor cricket can phone Traralgon Indoor Sports and Aquatics Centre on 5174 6233.