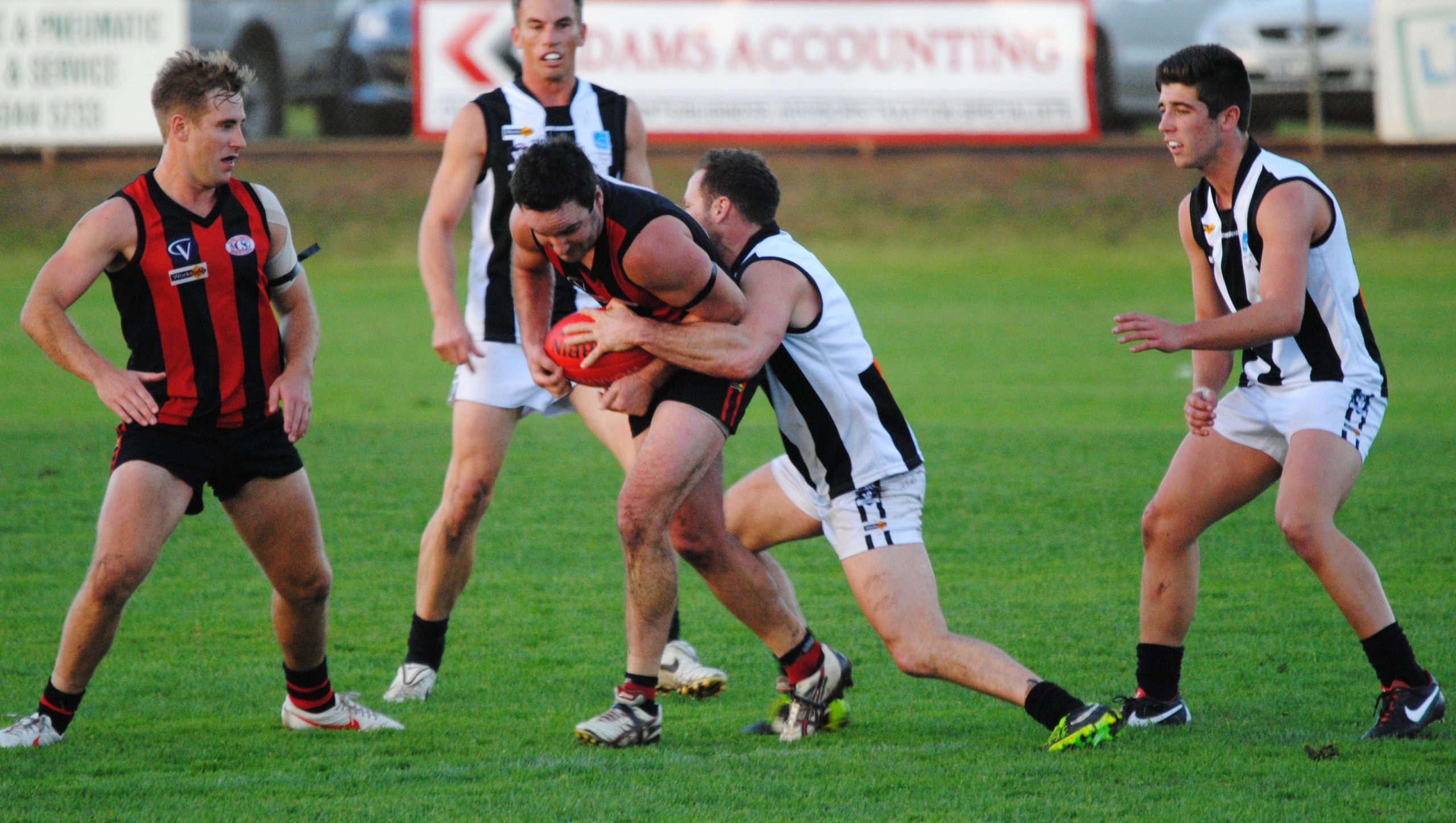 SALE has a good chance to return to the winners’ list in Gippsland League football when it hosts Drouin tomorrow.

With the North and East Gippsland leagues and junior footy having the long weekend off, it will be only game locally this weekend.

The Magpies’ tasted defeat for the first time this season, going down to rival Maffra by seven points. The loss also saw them relinquish top spot on the ladder.

The Magpies’ inability to reward the first quarter efforts of their midfielders and defenders with goals proved to be a telling factor in the result.

After quarter-time, the Magpies were outrun by Maffra, who appeared to be hungry to claim the scalp of its more favoured opponents. The Eagles applied pressure on the Magpies’ back line, creating opportunities to kick goals.

Drouin is coming off another disappointing performance, going down at home to Traralgon by 89 points.

It was not the fact they lost to Traralgon that was disappointing, rather that the Hawks were kept goal-less for two quarters.

The Hawks were always going to be against it after conceding seven unanswered goals in the first quarter.

The Magpies may hand the young Hawks another lesson.

Last time the Hawks visited Sale, they kicked all their three goals in the final quarter of a 95-point thumping.

MAFFRA can claim third position on the ladder with victory at Wonthaggi.

Coming off a stirring victory at home against Sale, the Eagles will be looking to record a third straight victory tomorrow against the third-placed Power. Both teams are level on 20 points.

After ending Sale’s unbeaten start to the season, the Eagles will enter the match full of confidence knowing they have the ability to be among the top teams again. Tomorrow’s match provides another test of that.

The Power last weekend recorded a 38-point win at Bairnsdale. After leading by two points at quarter-time, the Power broke away with a six-goal to two second term to set-up the victory.

Since Wonthaggi returned to the league in 2010, the home team has won five of the six clashes between the Power and Eagles.

WARRAGUL will look to keep in touch with the top five with victory at home against Bairnsdale.

TWO wins outside the top five, Leongatha needs to win at Moe in order to avoid falling further behind.

FORMER AFL stars Brendan Fevola and Nick Stevens will take to the field for Traralgon on the Queen’s Birthday Monday against Morwell.