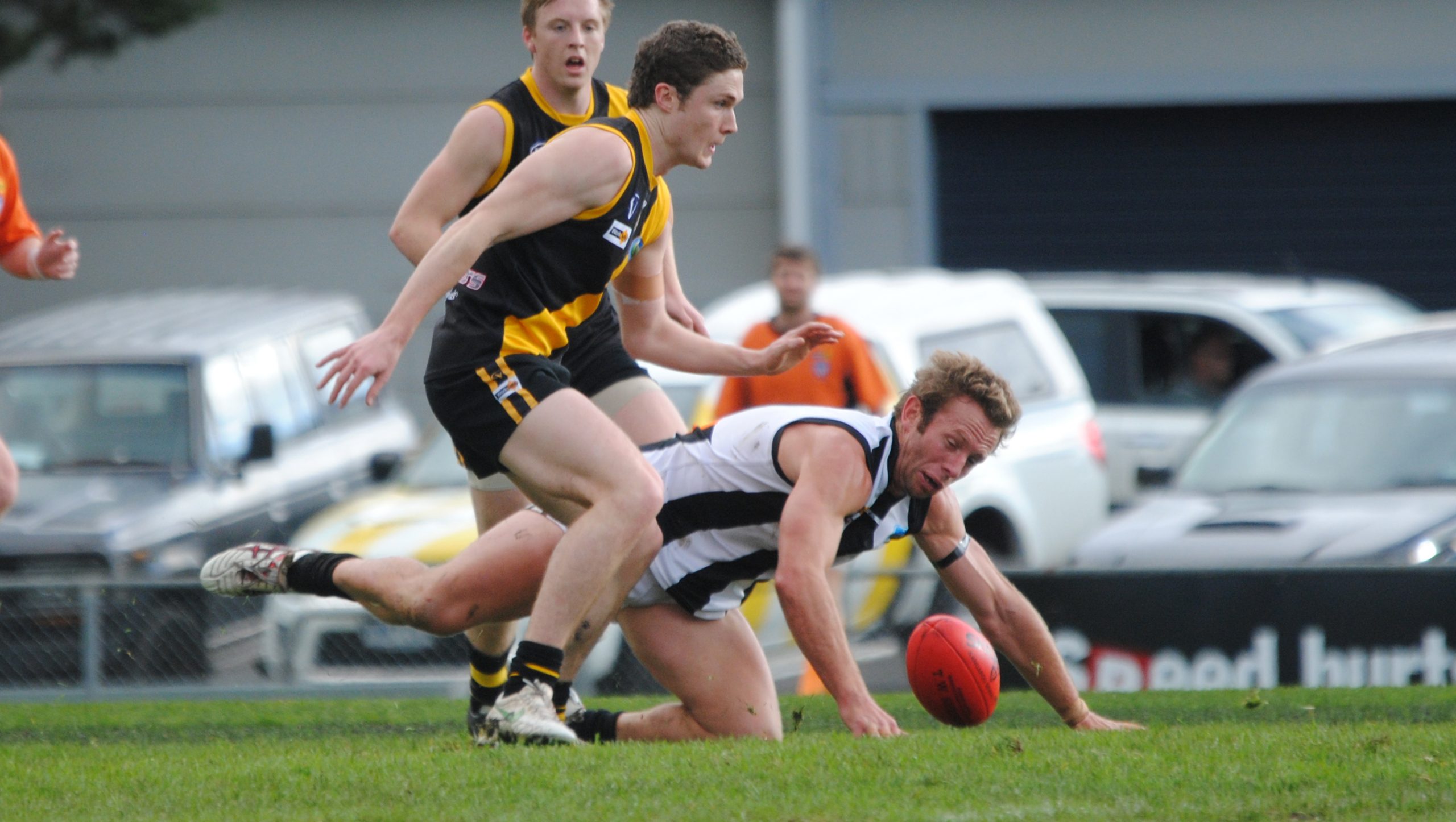 The result saw the Magpies displace the Tigers on the top of the ladder at the half way mark of the season.

The key to the Magpies’ 12.19 (91) to 8.9 (57) win was their effective game plan, discipline, and ability to hold the ball inside their forward 50 metre arc for the majority of the match.

Morwell was disappointing as it appeared too slow to react and after kicking five first quarter goals, the Tigers scored only three more for the rest of the game.

On the other hand, the Magpies took the lead early in the second quarter and gradually drew away.

The winning margin should have been greater only for inaccurate kicking for goal in the second half when Sale kicked 3.12 to Morwell’s 2.7.

Morwell’s fortunes were dealt a blow when key defender Julian Blackford went off in the second quarter with a hamstring injury.

Sale had winners all over the ground, whereas Morwell was forced to play wide which inevitably resulted in many turnovers.

The Tigers had no answer to the Magpies’ persistence at the close-in contests and the stoppages went the visitors’ way.

After an even first quarter when the Tigers held a narrow four-point lead, the Magpies kicked five unanswered goals with Josh Dunkley prominent. Sale also had winners across the centre with Kane Martin and Luke Collins winning many possessions.

At centre half-forward, Matt Ferguson provided the Magpies with a target, and forwards Jake Schuback and Kane Fraser got plenty of the ball. The late inclusion of Peter Macfarlane also provided a useful contribution for the Magpies.