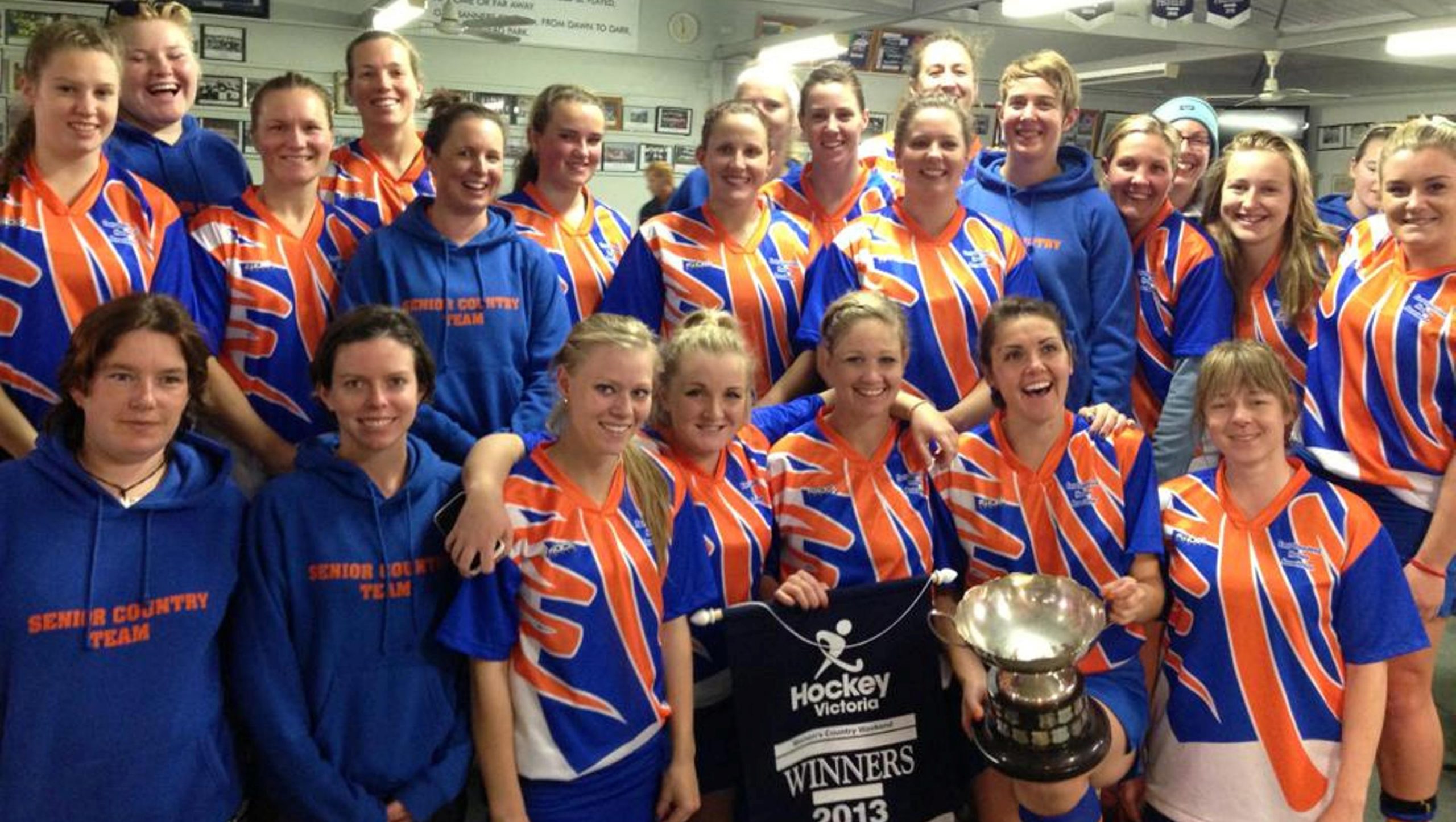 THE East Gippsland Hockey Association took out the A reserve title during the country championships at Geelong over the Queen’s Birthday long weekend.

This year the women’s event was held at Stead Park and Geelong Grammar in Geelong, while the men’s event was hosted by the Footscray Hockey Club. All matches were played on synthetic fields.

The East Gippsland women took out the A reserve championship in Geelong.

The team finished second in their group, although it was equal on points with the top side Albury-Wodonga after the round robin competition.

The grand final against Albury-Wodonga was a nail-biting affair with the scores level at 1-1 at full-time. Ten minutes of extra time was then played and the scores were still deadlocked.

Women’s Hockey Victoria trialled a new technique in this tournament called penalty shuttles to decide the outcome of the match instead of the conventional penalty strokes. In this exciting new method, players were given eight seconds to score a goal in a one-on-one with the goal keeper.

It definitely heightened the excitement levels and East Gippsland was victorious, scoring three goals to one to take out the championship.

The B grade team finished third in its group but lost in the semi-final 3-1 to Portland.

At Footscray, East Gippsland entered the division two men’s competition and despite not having many substitute players, was hoping to replicate is 2011 win in this division. The side ran out of legs and lost the grand final against North Central 1-0.

East Gippsland and Latrobe Valley joined together to enter a veteran men’s team. Having previously won the B division title, the team this year entered A division.

The veterans’ team finished on top of its group and played Geelong in the grand final with the scored ending up 1-1. After extra time and 10 penalty strokes each, the match was still tied and both teams were declared joint winners by Hockey Victoria.

AFTER last weekend’s round was abandoned because of heavy rain, play in the East Gippsland Hockey Association will resume on Saturday.

Sale will host Maffra, Nagle will playing at Bairnsdale and Swan Reach will be at home against Orbost. Wellington will have the bye.