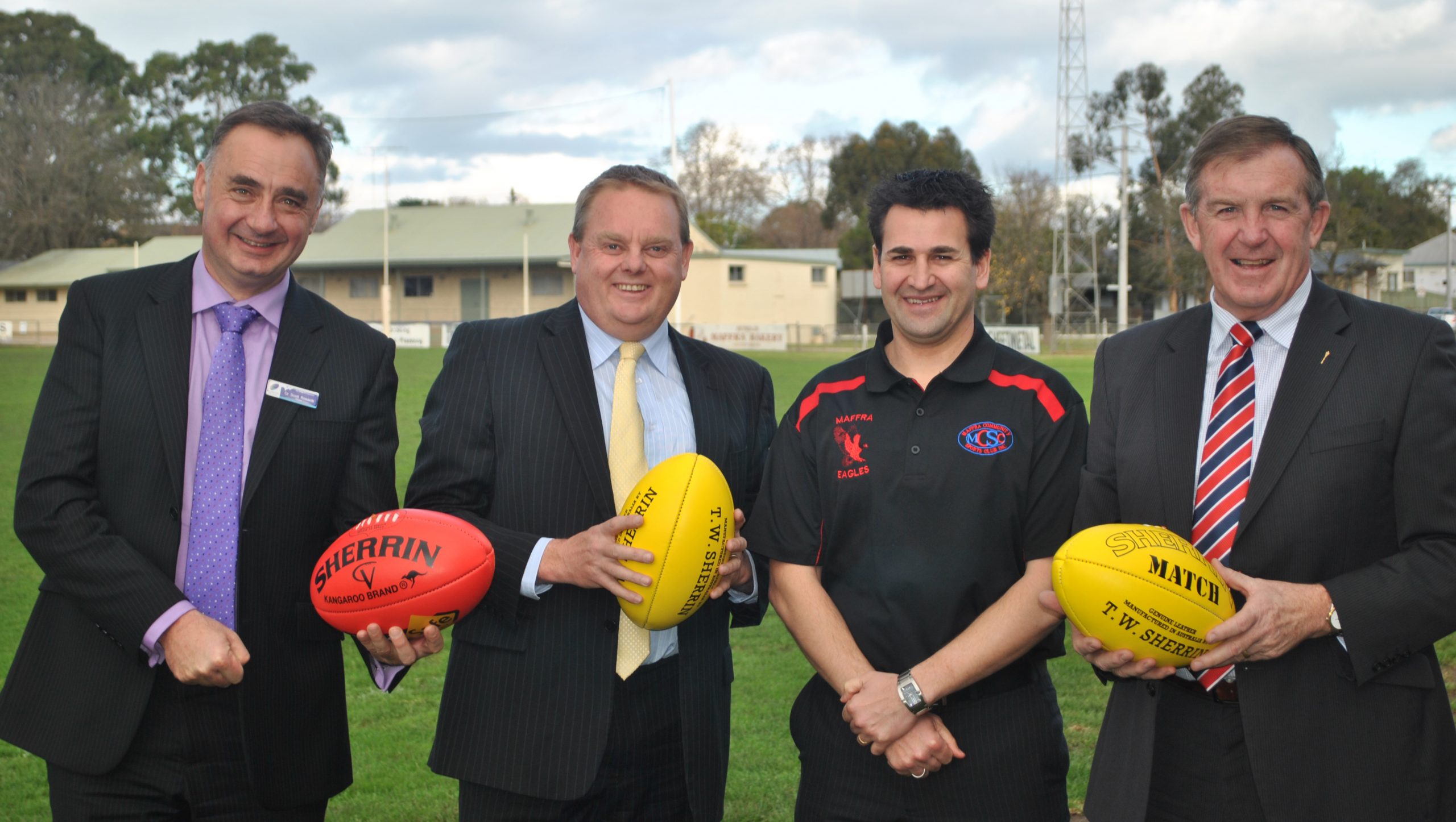 MORE people in Maffra will be getting more active, more often, following news of a $80,000 State Government funding boost to install competition lighting at the Maffra Recreation Reserve.

Wellington Shire Council will contribute $100,000 for the project, with Maffra Football-Netball Club to contribute the remaining $50,000.

Minister for Sport and Recreation Hugh Delahunty joined Gippsland East MLA Tim Bull at the reserve on Wednesday to announce the funding from the Country Football Netball Program.

“The project will replace current substandard lighting at the oval with new brighter lights that open up the reserve to night football competition games.

“Importantly, the new lights will provide more opportunity for the various junior and senior teams that represent the Eagles to extend their training times well into the night and use more of the oval.

“Nearby schools and other local groups and clubs will also be able to take advantage of the lights for important events from fetes to the traditional local favourite, the Maffra and District Agricultural, Pastoral and Horticultural Show.”

“We can’t do it as a small club, it takes everybody.

“When Jack (club stalwart and former president John Vardy) talked me into becoming president six or seven years ago, one thing I said to John is before I vacate the post I want to see new lights.

“Now I can start the transition plan, so you have helped me out there.”