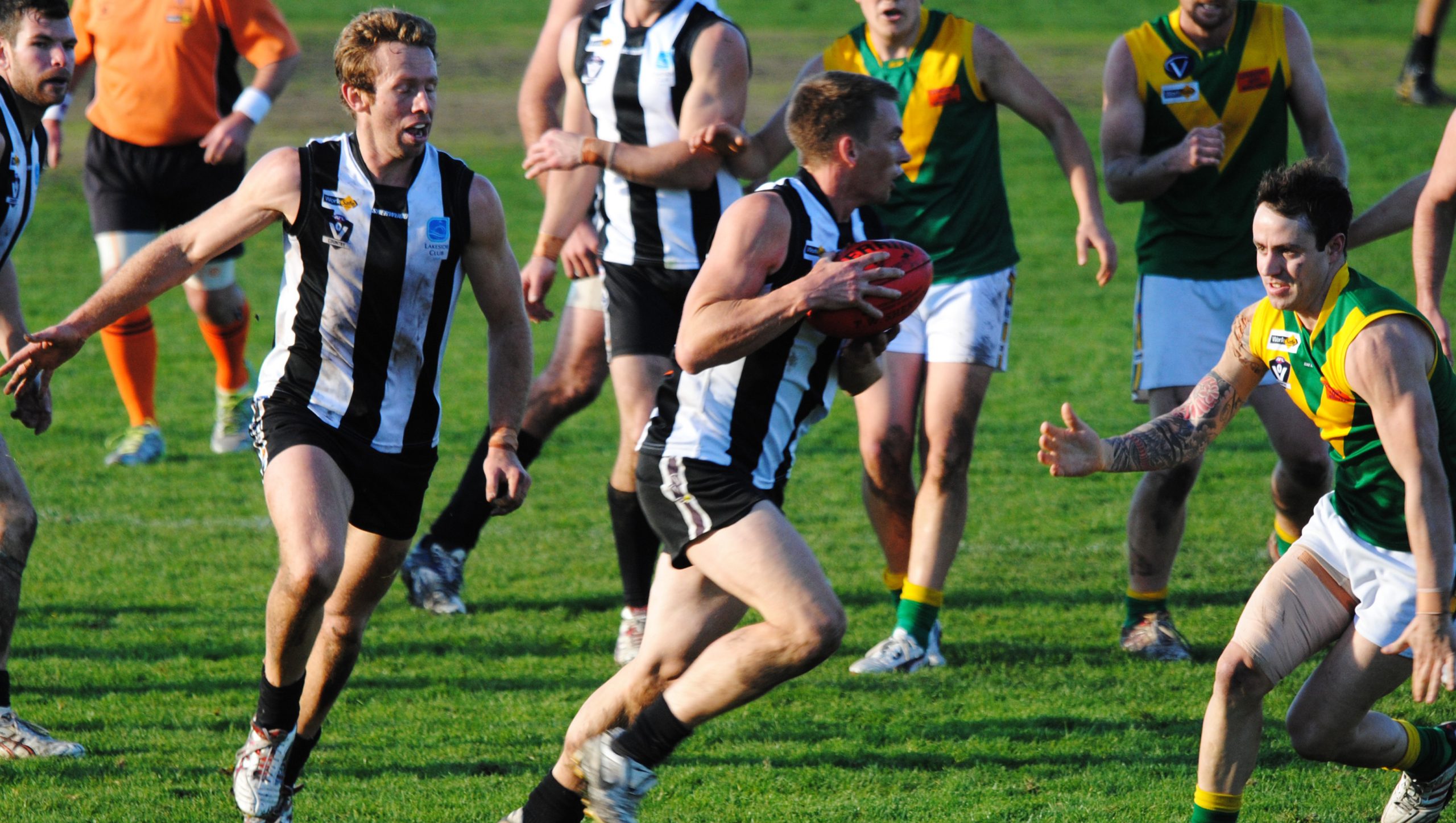 The Parrots fought back in the last quarter taking full advantage of the Magpies’ injuries, operating without a bench after losing Matt Ferguson to concession, Chris Lavery to a knee injury and Jordan Dessent with an injured ankle.

Sale also had to replace Adam Wallace in its selected team after he was called up by Gippsland Power.

His replacement Brendan Brew picked up several possessions and used the ball well.

Josh Dunkley and Nash Holmes were also out because of Vic Country selection.

Shane Fyfe made a welcome return to the defence and Andrew Quirk is not far away.

The plucky Parrots fought hard until the siren, kicking 6-3 in the last term to finish with a respectable score line.

At the centre bounce Kane Martin and Jamie Sweeney also took full advantage of the ruck work of Lipman to create opportunities for forwards Kane Fraser, who equals Bob Mason’s games record next round, was good up forward with four goals.

Fraser had a hand with a few other goals kicked by team mates.

Lipman continues to work hard in the ruck with his palming of the ball finding team mates in the clear.

It was good to see Shane Fyfe back in the defence as he cut off several Leongatha forward moves, then hit team mates with well directed passes.

Sweeney is enjoying a very good season, like Luke Collins he enjoys going in tough, providing opportunities for the runners.

Mitch Davis was good up forward with three goals and Kane Martin also chipped in with a couple of goals, those from 50 metres and beyond have been most impressive.

Sale have done well to keep winning matches with good players missing and it is good to see included players sticking to the game plan.

The Parrots had good on-ball players in Jason Tomada and Pat McGrath and Cade Maskell up forward with three goals.

The Magpies will have another tough match against Wonthaggi at Sale next Saturday.