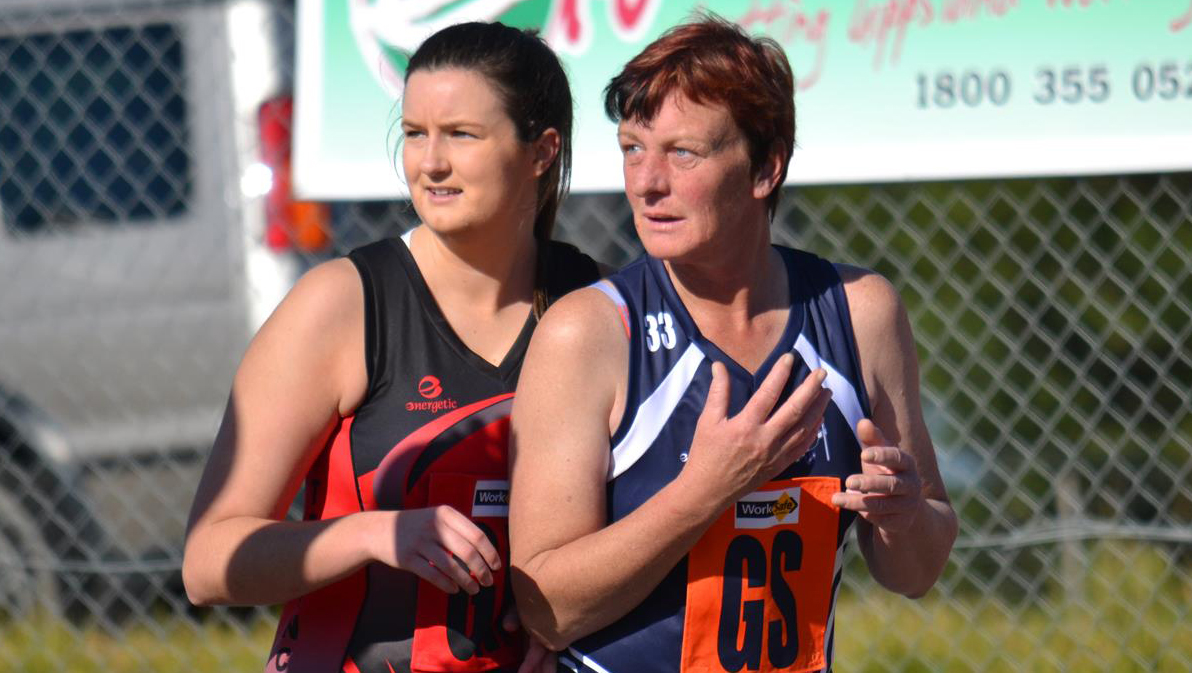 ELIZA Heywood will run onto the court tomorrow for her 500th senior netball match for Rosedale.

Fittingly, the milestone will be marked on Eliza’s home court when her third-placed D grade side battles Gormandale.

Heywood began playing with her home club in the underage competition for a year before moving to the senior club where she has played since 1982.

While her aim wasn’t to play at a high level, Heywood has played in B grade through to her current day team in D grade.

It has been a family affair with Heywood playing a number of games alongside sisters Bronwyn and Meaghan, and daughter Brooke.

Saturdays during her children’s early years could be best described as frantic, with Heywood transporting her daughter and two sons to netball and junior football games across the local area before taking to the court in the afternoon. And she wouldn’t have had it any other way.

Reflecting on the 500 games, Heywood admitted there had been many reasons why she had continued to play, with the birth of her three children only seeing the netballer miss one season. Jokingly, she said it was well planned.

“I really enjoy the people and the camaraderie that comes with playing a team sport and being involved with the club,” Heywood said.

Participation has also played a key role in her continuing to pull on the navy netball uniform, admitting she would “probably fall in a heap” if she was to retire. While many players and opponents have come and gone over Heywood’s career, one of the highlights of playing has been seeing the young players come through the club playing in the lower grades of competition before making their way up the ranks.

Of the notable highlights of her 500 games, Heywood ranks last year’s preliminary final berth as “pretty special” due to playing with such a close knit squad of players. Other highlights include playing alongside her daughter Brooke, and perhaps not so memorable torrid weather conditions such as hail which have left her wondering on several occasions what was she doing out on the court.

Experiencing both the highs and lows, Heywood has yet to play in a premiership side, although has played the grand final.Sitting at the top end of the table, with the Blues close to securing a finals berth, Heywood can offer comfort to opposition sides that are finding it tough.

“When we played Cowwarr in the first round and the end score was quite large, I said to the girls when we got off the court how much I felt for them, then one of the girls reminded me that it was us, that used to be us, and she was right, we had been in the spot of not winning, it all comes around in a circle,” she said.

A lot has changed during her time at the club, including the transition from pleated netball skirts.

Although initially hesitant at the thought of wearing the lycra uniforms, Heywood thought “why not, everyone else is putting them on”.

In 2009, the Rosedale Football-Netball Club recognised Heywood’s contribution to the club, not only on the court but off in her roles of committee member, supporter of club projects including grant submission writing for funding and shredding of ingredients for Saturday’s salad rolls.