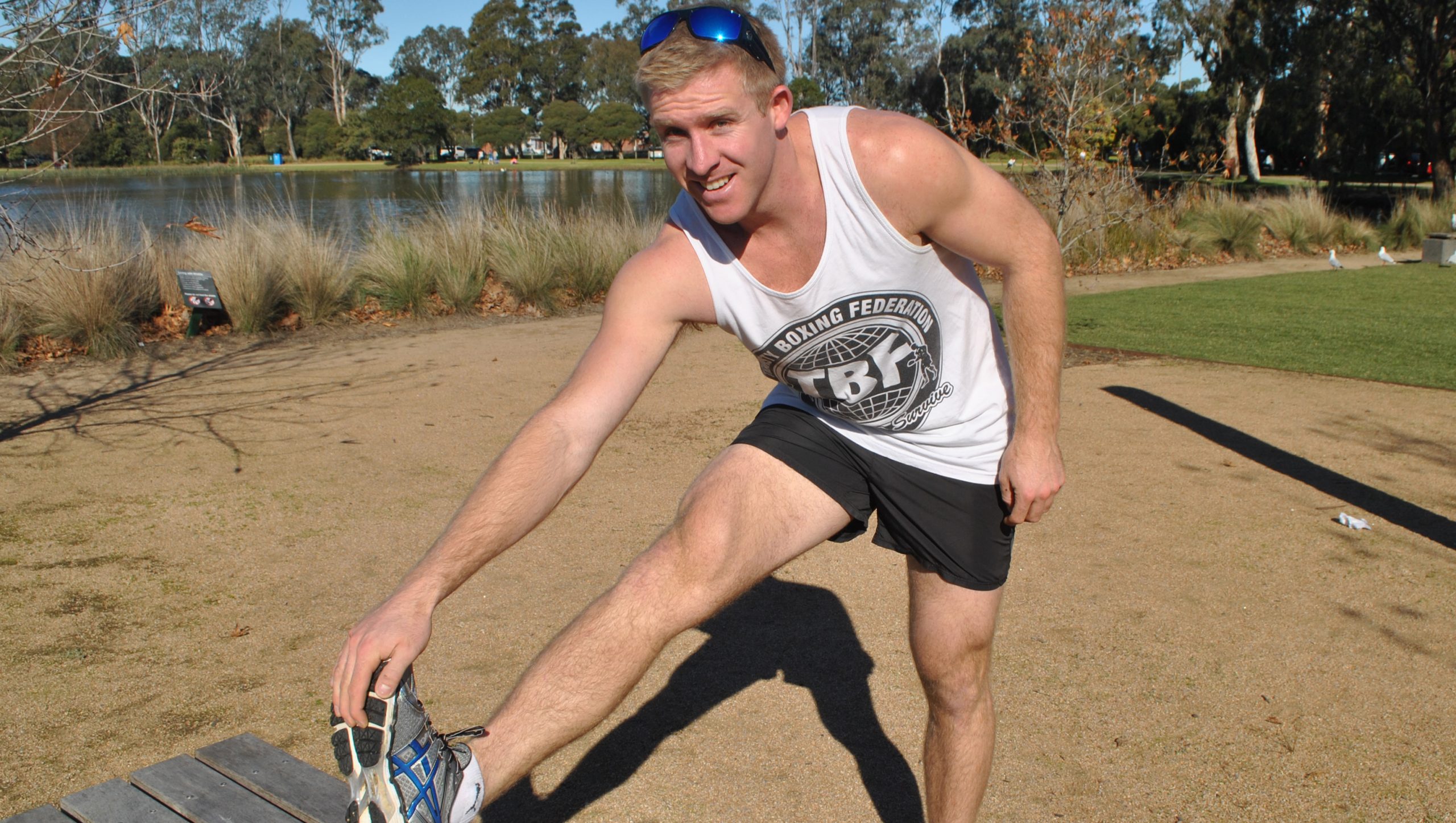 CHRIS Roberts has taken the Bravehearts 777 challenge, which will see him compete in seven marathons in seven different cities over seven consecutive days.

Gobsmacked by the startling statistic that one in five Australian children will be sexually assaulted in some way before their 18th birthday, Roberts hopes to raise $10,000 for Aussie kids.

The 25-year-old Longford man has raised almost $8000 and is closing in on his target, with a fundraiser to be held at the Kazbah Lounge in Sale on Friday, August 2.

Roberts said taking the challenge was an easy decision to make.

“I guess I have always been up for a challenge,” he said.

“I didn’t have that much going on at that point when I heard about it.

“I didn’t really think too much, I just went for it.

“The more you think about it, the more reasons you come up with not to do it.”

Bravehearts aims to halve the one in five statistic by 2020, a cause Roberts said he was happy to support.

“Child sexual assault is something that touches a raw nerve with most people, including me, and instead of getting frustrated by hearing about it on the news each night, I decided to support a charity that is solely devoted to protecting children from this terrible act,” he said.

“It is easy to come up with excuses or reasons not to take part in a challenge like this; it is a massive commitment of time and effort, but it is nothing compared to the pain and suffering survivors of child sexual assault are forced to endure which affects them for a lifetime.”

Roberts said there wasn’t much science to his preparations for the challenge, just simply getting kilometres into the legs.

“I’ve always been involved in sport and stuff, but not so much endurance like this,” he said.

“Just running a lot, doing a lot of ks, there’s not much science to it really.

“(I) just try and do a long run and back it up with another long run the next day.

“I was running in the wetlands until it flooded.

“I live in Longford, so I have been running in the pines a bit, just trying to mix it up.

“It’s consecutive days so I’m on a plane every night, so probably not the best recovery.”

Roberts said he had not had much marathon experience, with the Traralgon marathon this year his first ever endurance event.

“I ran the Traralgon marathon a few weeks ago and that was my first one,” he said.

“I got through it, probably a little bit easier than I thought, so it gave me a bit of confidence.”

Roberts said he had been overwhelmed by the community support.

“I had a crackerjack bowls night at the Lakeside Club and a night at the greyhound club where they let me sell the naming rights to 10 races,” he said.

“I guess everyone locally has been pretty good, it’s hard; there is always a lot of stuff going on in the community but I guess it’s good being well known, a lot of people get behind you, so it has been pretty positive.”

Roberts urged people to get behind the fundraiser at Kazbah on August 2, with the $10 cover charge to support the cause.

“Rhys Crimmin and the Toms are such an infectious band with incomparable talent,” Roberts said.

“I urge locals to head on down and enjoy a great night while supporting a great cause.”

Locals can also support the cause by donating online at www.braveheartsadventures.com.au

Bravehearts Adventures is a series of events aimed to build confidence and boost community spirit while demonstrating a commitment to the Bravehearts mission across an exciting, action-filled calendar.

Money raised will help Bravehearts to educate, empower and protect Australian children and assist survivors via a range of counselling programs.