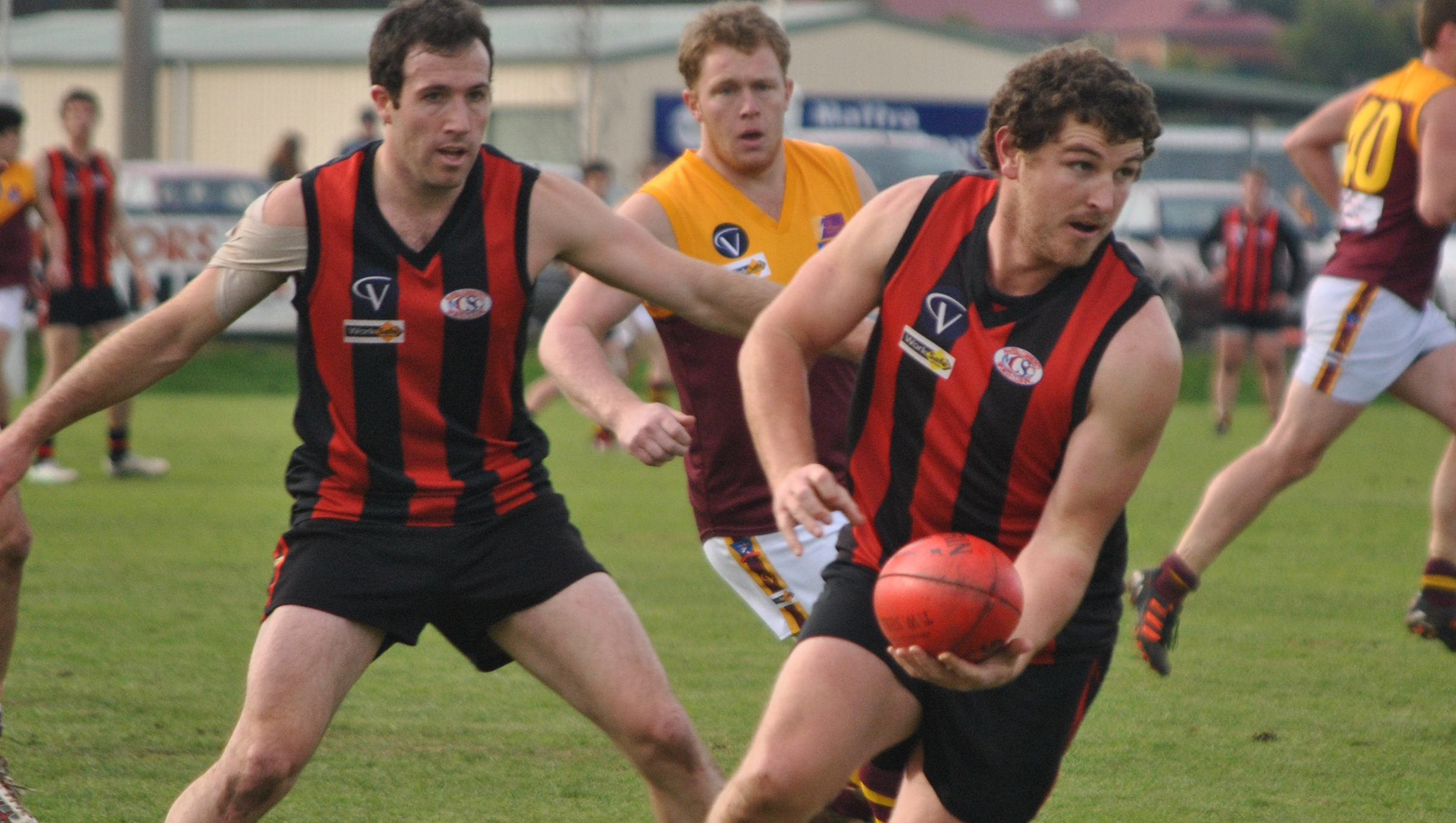 MAFFRA will head to Morwell for the match of round 14 in Gippsland League football.

Victory for the Tigers would give them a two-game break in second place and possibly see the Eagles, who are currently third, equal on points with Traralgon and Wonthaggi.

If the Eagles win, the Tigers would come right back into the battle for top three places and the double chance during the finals.

After an upset 12-point loss at Bairnsdale last weekend, Morwell has lost three of its past five matches.

Maffra will enter tomorrow’s match off a record win against Drouin, kicking their highest score and equalling their biggest winning margin.

Such was the scope of the win, the Eagles’ percentage increased by almost 21 points.

Darren Sheen equalled Adrian Burgiel’s club record of 17 goals in a match to take his season tally to 80.

Sheen needs to average four goals in the remaining five rounds to reach 100.

When the Eagles met the Tigers in round five, Sheen kicked five goals, but his side lost by 20 points. That result at Maffra proved the Tigers were a genuine premiership contender.

The Tigers have shared the goals around this season, led by Dean Macdonald, Mannon Johnston and Lachlan Dowling, but the Eagles do have the arsenal to combat that.

Jack Brown or Michael J. Duncan may get the job of marking Eagles’ shearhead Sheen.

Last weekend, the Magpies returned to their dominant form on their way to a 93-point win at Warragul. The match was all but over by half-time with the Magpies leading by 56.

The Magpies’ multi-pronged forward line was too much for the Gulls. This could be the case against Moe tomorrow.

The Lions kept pace with Traralgon for the first half last weekend before falling away to lose by 94 points.

A lot still rests on the shoulders of James Blaser, Leigh Sheehan and Ben Morrow, who have led a young side this season.

Sale has won its past four meeting against Moe, all by comfortable margins. In round five, the Magpies won by 141 points with Mitch Davis kicking 10 goals.

A LOT rests on the match between Traralgon and Bairnsdale.

Defeat for Bairnsdale could put it two wins off the top five with four rounds remaining, making it very difficult to make the finals.

Such is the closeness of the competition, victory tomorrow would put the Redlegs level on points with the Maroons, but well behind on percentage.

The Redlegs showed they are still a finals chance after upsetting second-placed Morwell, while the Maroons run away from Moe in the second half.

The Redlegs will be looking to win at Traralgon for the first time in 30 years.

WONTHAGGI will be looking to get its bid for a top three finish on track when it hosts Warragul.

After seven straight wins, the Power has hit a slump with three successive losses, dropping from second to fifth place after losing to Leongatha last Sunday.

Inaccurate kicking for goal has become an issue in recent weeks.

NEEDING to keep winning to remain in the finals hunt, Leongatha will travel to Drouin.

The Parrots have returned to finals calculations after consecutive victories over Maffra and Wonthaggi.

Three wins outside the top five with five rounds remaining, the odds are against the Parrots’ season extending beyond round 18.

Drouin endured an avalanche of goals against Maffra last weekend, and will be looking to move on from that effort.