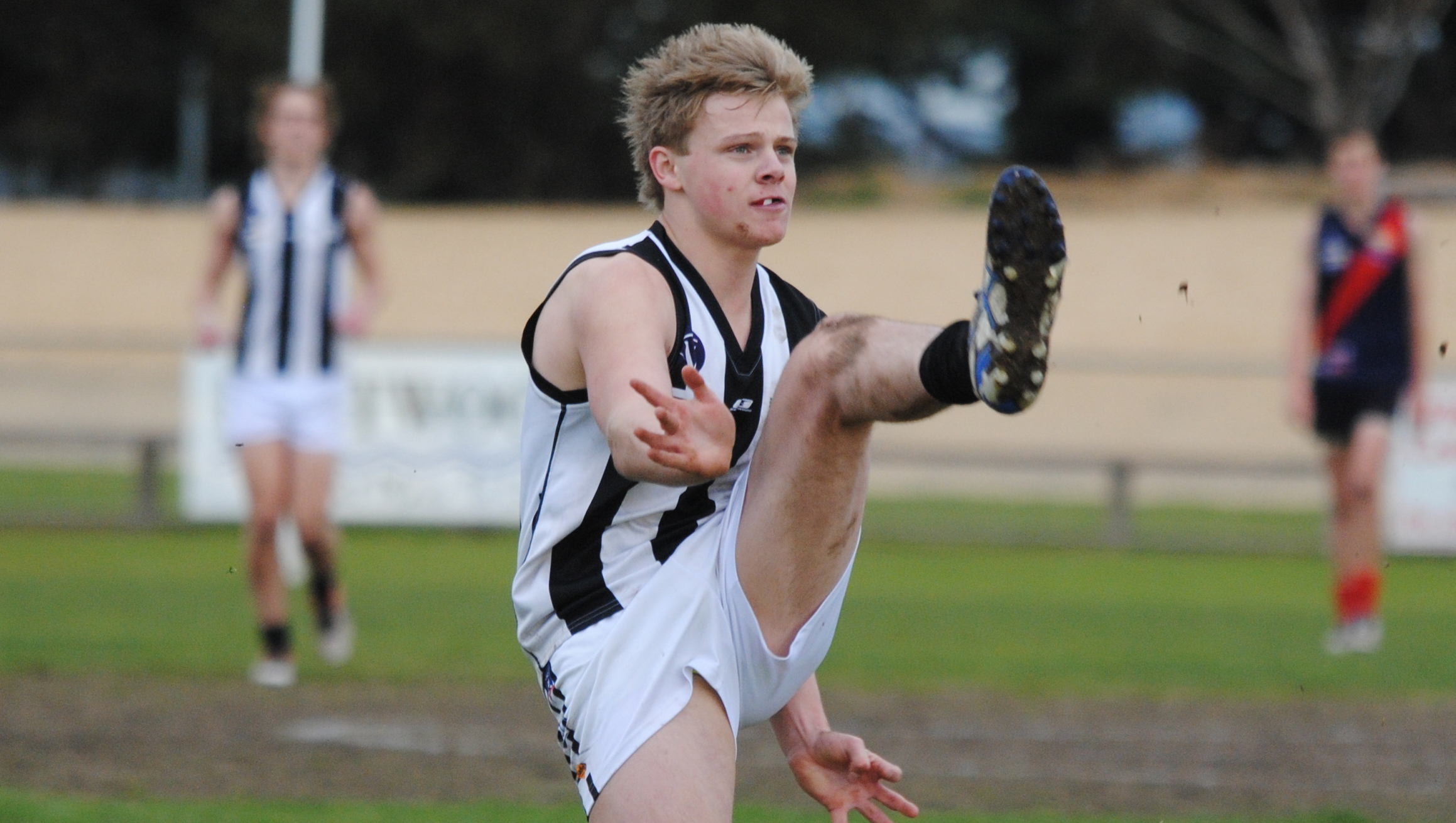 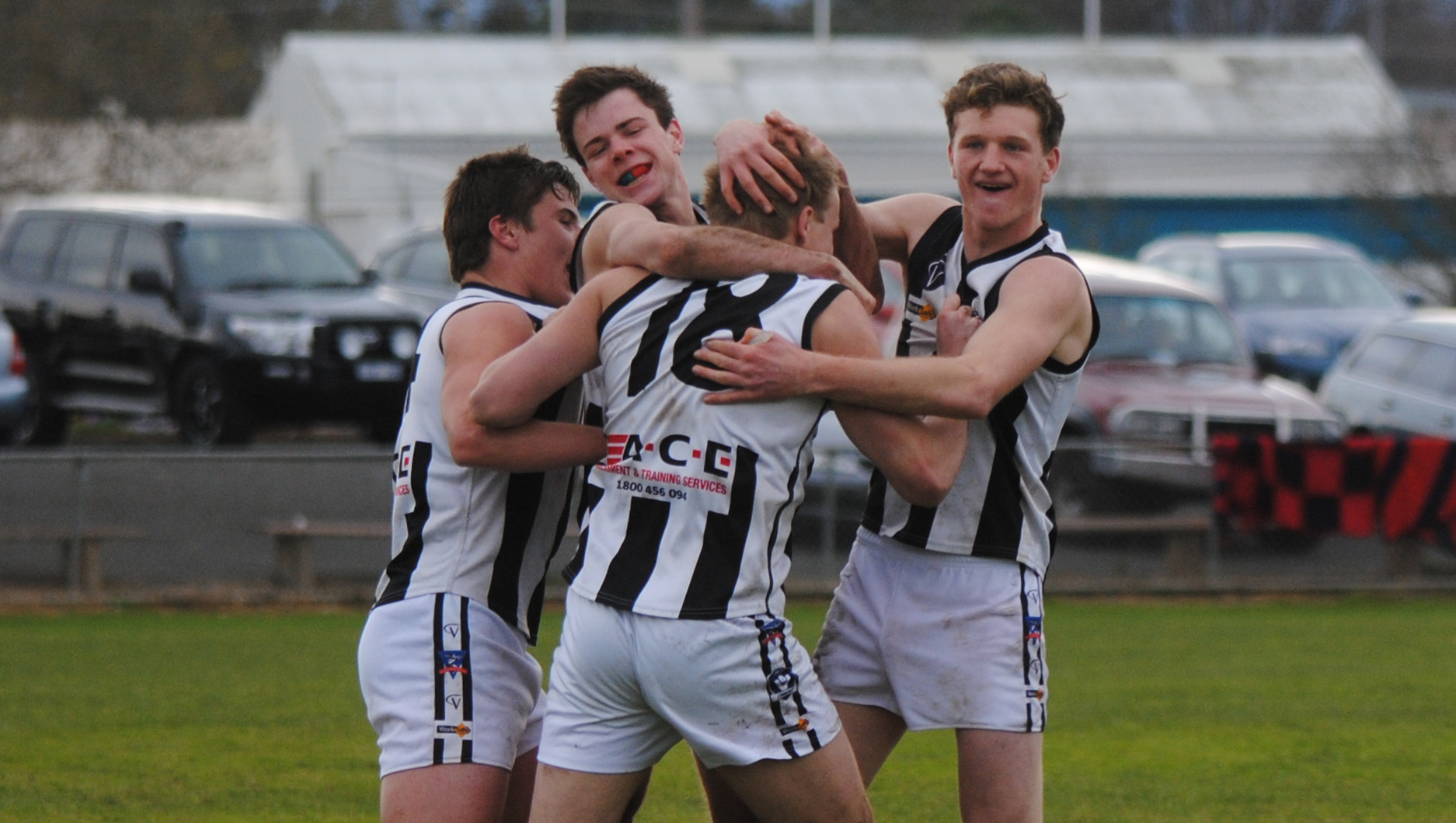 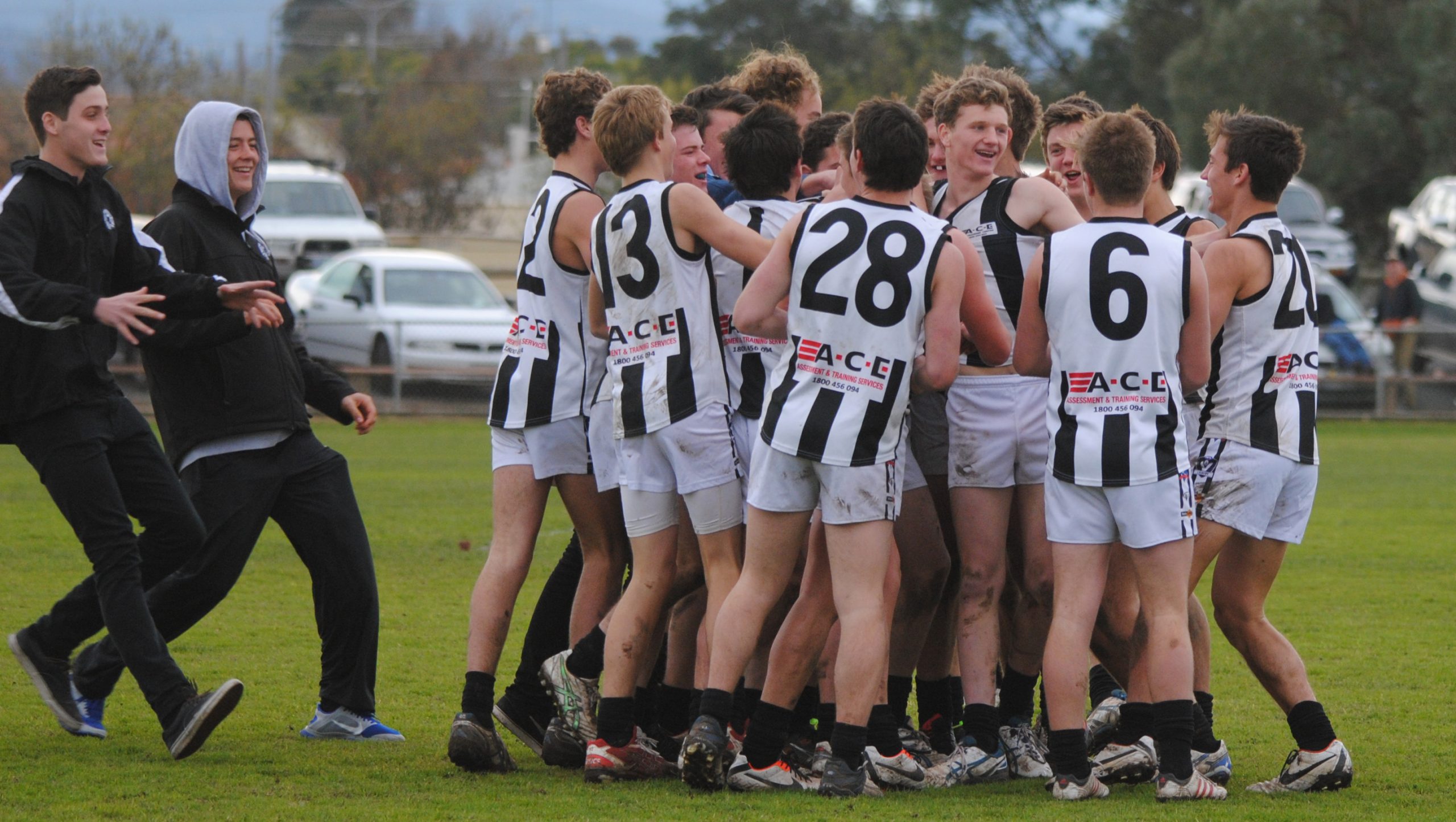 Sale too strong for Redlegs

SALE’S Brandon Scott on Sunday become the first under 16 player to kick 100 goals in a Gippsland League season.

As is tradition, teammates and supporters surrounded Scott when he kicked his 100th goal.

With 102 goals already this season, Scott is averaging 7.29 per match.

According to league historian Paul Carter, Scott was also the first player to kick 100 goals in the league in any grade during the home-and-away season since Shane Loveless booted 137 for the Sale seniors in 1987.

Leongatha’s Adrian Campbell was the last player to kick 100 goals in a season, booting 91 during the senior home-and-away season before kicking nine during the finals. The 100th and final major coming during the final term of the 2001 grand final.

Since the GLFL/WGLFL/Gippsland League under 16 competition began in 2000, the record for a home-and-away season was Traralgon’s Adrian Slottje in 2009.

The best under 18 home-and-away season came in 1993 when Tim Pearson kicked 99 for Maffra.

Sale’s Laurie Stephenson was the only player in league history to boot 100 goals in a reserves season, kicking 106 in 1956.