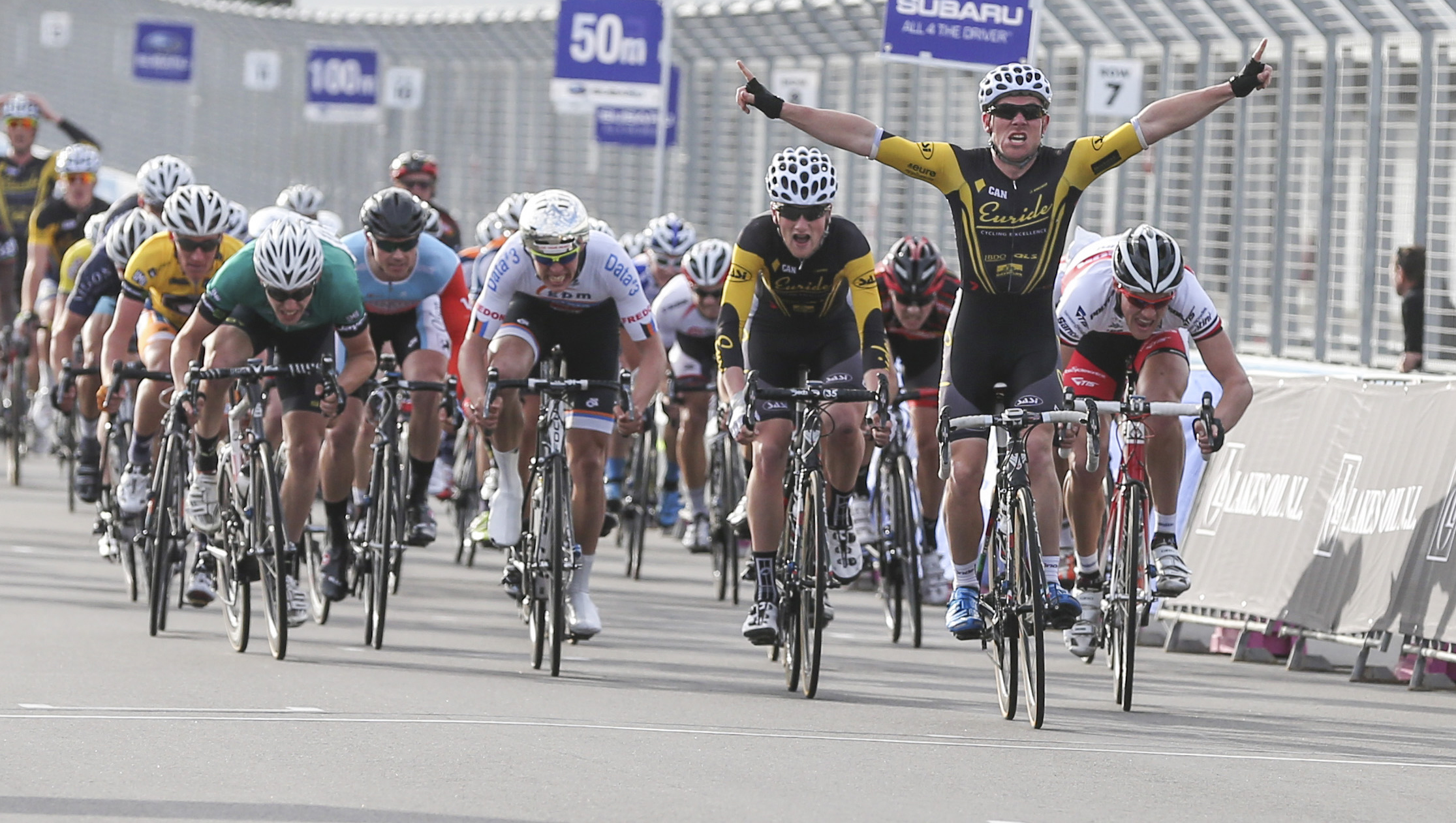 BEN Grenda has sprinted his way into yellow after day one of the cycling Tour of Gippsland.

The Team Polygon rider and stage one victor Anthony Giacoppo (Huon-Genesys) ended the day equal on time, however, thanks to a countback the Tasmanian was named the overall tour leader after two stages.

Grenda found the podium twice on day one, placing third in stage one’s criterium in Rhyll and second in the afternoon’s kermesse on the Phillip Island Grand Prix circuit.

“I’m very happy to be in yellow,” Grenda said.

“With the shorter stages today, the likelihood of people being on the same time was pretty high.

“Genesys probably have a little bit more horsepower than us but we’ll do our best to stay up the front anyway. We’re definitely trying to win the race so that means defending the jersey tomorrow,” Grenda said of Thursday’s road race from Leongatha to Yinnar.

The picturesque town of Rhyll saw plenty of aggressive riding with Giacoppo once again bearing the fruits of a near-perfect Huon-Genesys lead out. With a handful of sprinters over-shooting the final corner it was only Kerrison and Grenda left to challenge for the win.

“We were in control and rode the last six to eight laps on the front. We always knew if we could do that, then we’d be very hard to match.

“I heard a bit of carnage on the last corner but I didn’t see any of it. Behind the top five riders there is always a mad rush for the right position and with such a tight circuit it’s hard to get there.

“Coming into the last corner I had a free run to the line.”

The afternoon took riders to the Phillip Island GP circuit where Euride Racing made up for a disappointing criterium, launching South Australian Russell Gill to win the stage.

Gill took out the stage ahead of Grenda and teammate Robert McCarthy.

“We really banked on myself and Robert for the bunch finish and I’m very happy to come away with the win,” Gill exclaimed.

“It’s been a slow start to the year for me, I’ve come back from a fractured skull I suffered in a crash in January, so this is great.”

The tour rides through Wellington Shire on Friday with a hour-long criterium from 10.30am around Sale 545 Primary School, Victoria Park and up to Barkley St.

In the afternoon, riders will leave Victoria Park at 1pm and head through Briagolong, Valencia Creek and Glenmaggie to Licola, arriving around 3.30pm.